Google Home is here. The Search giant’s smart speaker was released internationally a while ago and has finally made its way to Indian shores. Where it is going to cross (s)words with its great rival, Amazon’s Echo. At Rs 9,999 from Flipkart, Google Home does not exactly come super cheap, but then it attempts to deliver perhaps the smartest AI speaker experience we have seen in the Indian market. Yes, we will be comparing it with the Echo in the coming days, but as of now, here are our first impressions of Google Home: 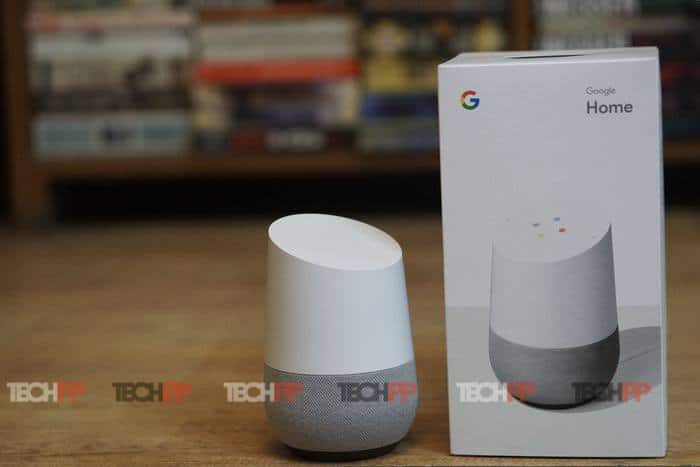 Right, we need to hand it to Google for taking a design decision that makes Home look very different from the other smart speakers out there. The curved shape, slightly slanted top with a meshed base is extremely distinct, and has a certain cute appeal, in spite of being in relatively predictable shades of white and grey. Whatever the case, it certainly cannot be mistaken for a “routine” speaker like some of its rivals. And at 142.8 mm, it is actually surprisingly compact – it is smaller than the Pixel 2 XL in terms of height. And it manages to blend in just about everywhere. We just wish the Google logo had been in front – it is right above the DC power jack so it gets hidden when the device is connected to a power outlet.

It is portable, definitely (carry the cable too, though) 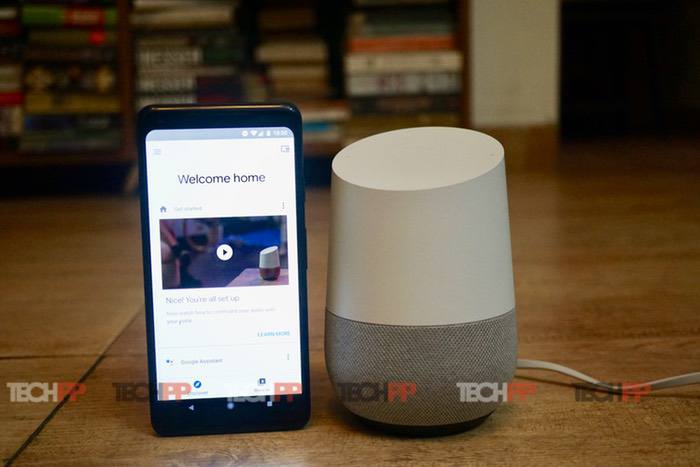 The blending in part is good because the Home is also very portable. We pointed out that it was not too large in size (it is less than half a foot tall), and at 477 grams, it is relatively lightweight too. Light enough to be carried around, definitely. Just be ready to lug around the 1.8-metre cable and the large-ish adaptor along (it weighs about 130 grams). But all said and done, it can be easily moved from room to room, power connections permitting. Having a battery on these would not be a bad idea.

…and easy to set up!

Setting up Google Home is relatively smooth. You will need a Wi-Fi Network and a phone or tablet with the Google Home app on it to get underway (it is available on both iOS and Android – anything running Android KitKat and iOS 9.1 and above will support it). The process is simple enough and takes about five minutes – it will be linked to your Google account. You can choose between a male and a female voice.

Lights will guide you at the top…

You will see multi-colored lights blinking on the slanted top when you are setting up Google Home. The lights are in Google’s colors – yellow, red, blue and green – and are arranged in a small circle. Say “Ok, Google” and they will start pulsing gently as the circle spins clockwise, indicating that you have been heard and the speaker is waiting for you to come up with your query or instruction. The lights will also spin when the speaker is “thinking” of an answer and will pulse while it “speaks.” Oh and if you want the speaker not to listen to you, just hit the button above the Google logo to mute the microphone – the lights on top will be static orange. There are other options too – the lights go white when the alarm rings and turn white and pulse when a timer goes off. It is a colorful life in Google Home.

…and so will touch! 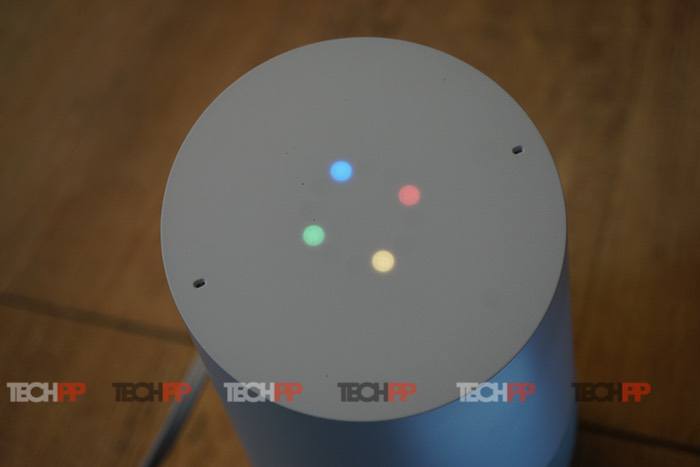 The top of Google Home is not just about lights. The slanted area is also a touchpad allowing you access different functions. Tapping it once will stop alarms, responses or any audio that is playing. A long press can also trigger Google Assistant and swiping in a circular direction clockwise can increase the volume of the audio being played while swiping in the opposite direction will decrease the volume.

Tailored for different rooms. And voices

About the bit about the speaker being in any room – you can actually specify where you are going to set up the speaker, and it will be customized accordingly for the sound. Not bad, eh? And that is not the only level of customization you get – you can also set up to six different user voices on it, using the Voice Match feature. Of course, each voice will be tied to a different account, but Home’s responses will be tailored according to the voice that addresses it, based on the options available for it in the account of the person who is speaking. So basically, different people can talk to it and get answers customized as per their requirements. Again, pretty cool.

The mics hear you, and the speaker is…decent 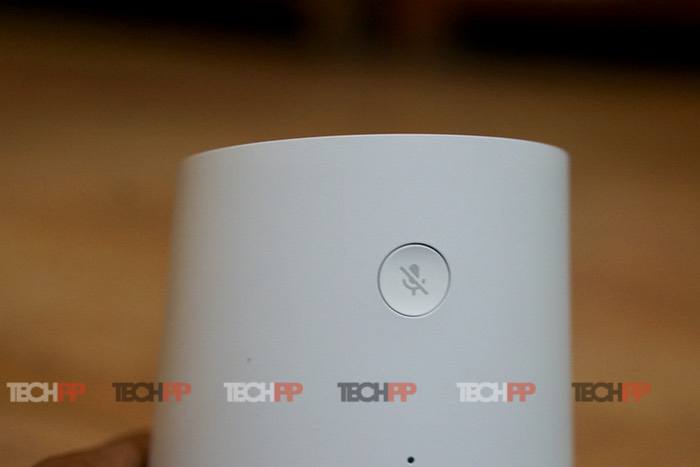 We have been using Google Home for a very short time so far, and we can testify to the fact that the two microphones in the speaker do pick up our voices when we speak from across a large-ish living room. However, their effectiveness does get a little muted depending on ambient noise. The speaker itself is not going to give sleepless nights to others in the same price segment in terms of quality but is admirably clear and loud enough to fill a smallish room – do not expect it to make the window frames rattle. Of course, these are very early days. And you can pretty much ask anything that it can grab off the Web for you – from recipes to schedules to films playing in the vicinity. As of now, queries in English are supported but we hear support for Hindi is en route!

Not quite stand alone 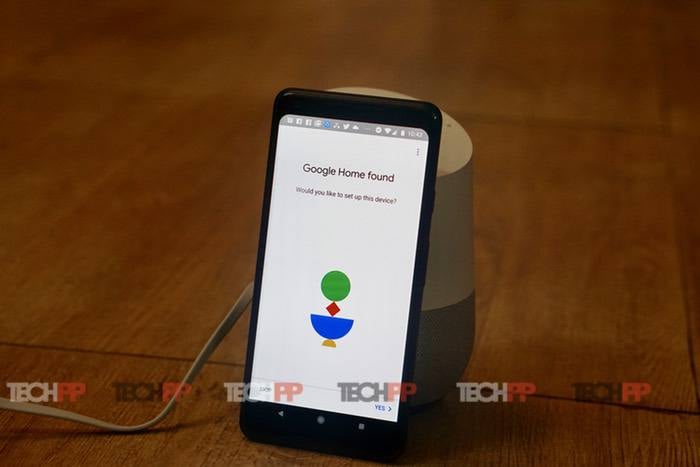 The Google Home can work with a number of other smart devices, including smart bulbs from Philips. But more relevantly, it also plays nice with your Chromecast, allowing you to ask for programs and the like with your voice. You can also now – thanks to an update – pair a Bluetooth speaker to it if you are not content with the sound quality you are getting from the speaker. In terms of supported services, the device comes with support for Google Music, Saavn and Gaana and YouTube and Netflix. There are more expected to be added to the list. There is six months free subscription to Google Play Music, while Saavn and Gaana will be available free of cost from April 10 to October 31, 2018, for all Indian users.

Was this article helpful?
YesNo
TechPP is supported by our audience. We may earn affiliate commissions from buying links on this site.
Read Next
How to Split Screen on Chromebook [3 Easy Ways]
#Amazon Echo #First Cut #google #Google Home