Right or wrong, whether rose-tinted by selective memory or just fuelled by affection fanned by absence, there is a widespread perception that Nokia always made devices that were solid rather than spectacular and did not charge the earth for them. Just how true that presumption is, is a matter for another story. What is significant is that the Nokia 7 Plus is perhaps the first device launched by Nokia since its much-publicised comeback that fits squarely on these perceived parameters – solid build, great battery life and generally good overall performance. All this at a price that is distinctly not premium, if not budget either. It is a heck of a promise to try and fulfill, but the Nokia 7 Plus does make a decent fist of it. 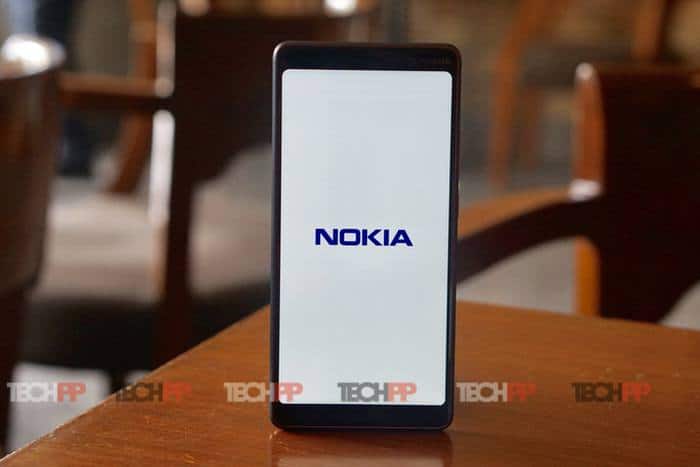 A lot of display, a ceramic feel…and a touch of copper

The Nokia 7 Plus looks rather different from the Nokia devices that we have seen in the second coming of the brand. There are three reasons for this – the most apparent is the 18:9 aspect ratio display which appears for the first time on a Nokia phone; the second is the use of ceramic feel touch paint on the back, which gives it a softer and more grippy texture, even though it is made of metal; and finally, there is the touch of copper: there are copper accents on the dual camera on the jet black back, and the fingerprint scanner, and even the metal frame running along the sides of the phone is copper in colour. And this is shiny copper too, the kind that reflects light. It makes the Nokia 7 Plus very distinct from just from its Nokia brethren but from other devices out there too. At 7.99 mm, it is slim enough, although the dual camera unit juts out a little. It feels a little heavy, but it also is very solid – it is made of (all together now!) a solid block of 6000 series aluminum. Does it look good? That is really going to depend on how much you like those copper accents – we loved them initially but time has tempered our affection, and some people say that it makes the device look slightly glitzy. A matter of taste, really, but rest assured, the Nokia 7 Plus WILL attract attention, although we would have loved to see some sort of water and dust resistance added to the mix. It is almost unfair that a device that 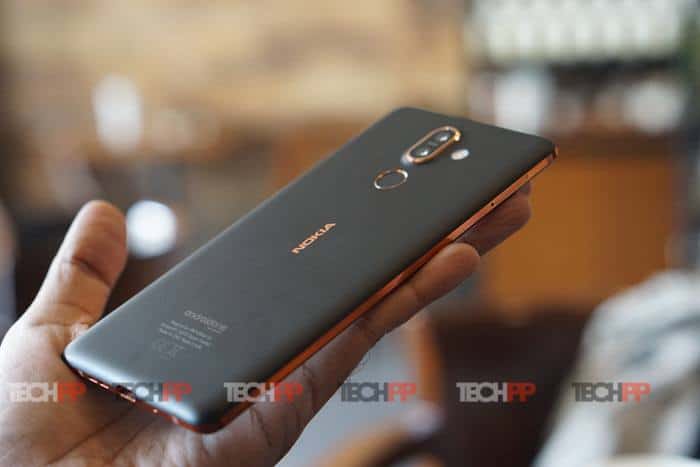 It packs in some very decent hardware too. That 18:9 aspect ratio 6.0-inch display has a full HD+ resolution (2160 x 1080) and is impressively bright, enough to be visible even in sunlight, although we would not quite put it in the same class as the one on the Moto X4. Beneath the hood is a Qualcomm Snapdragon 660 processor with 4 GB RAM, and 64 GB storage, which can be expanded if one opts to use one of the two SIM card slots for a memory card. The phone comes with a dual rear camera set up with one camera being 12.0-megapixel with f/1.75 aperture and the other a 13.0-megapixel one with f/2.6 aperture and the option to add 2X optical zoom. The front-facing camera is a 16.0-megapixel affair. And all three cameras boast the much-hyped Zeiss optics. Connectivity wise, the 4G, GPS, Wi-Fi, Bluetooth and NFC boxes are ticked. The reason for the phone’s weight is a massive (by Nokia standards) 3800 mAh battery. And of course, being part of the Android One initiative, the Nokia 7 Plus comes with Android 8.0 out of the box with the assurance of timely updates in the coming days – that’s no idle boast either: the phone has been updated to Android 8.1 in the period we have had it.

A smooth performer with nary a stumble!

And all that comes together very well to serve up what is a very good performance. The phone is one of the first in the country to come with a Qualcomm Snapdragon 660 processor, and well, the chip does acquit itself well. You will get the odd lag when you are really pushing things in the Asphalt series, and games might not load as blazingly fast as on the Snapdragon 835 flagships but only those sitting with stopwatches will notice. The stark fact is that for the most part, the Nokia 7 Plus handles whatever you do ask it to do with a degree of ease – be it running multiple apps or playing games. Yes, we would have preferred better sound quality over the loudspeaker, but there is really nothing you can point a finger at here.

The 7 Plus comes with stock Android and barring some glitches (apps sometimes crashed, and YouTube sometimes was reduced to being an audio rather than a video service), it generally ran very smoothly indeed. The device came with Android 8.0 out of the box and has been since updated to 8.1. Nokia, in its Android fuelled comeback, has set a blistering pace when it comes to Android updates and we reckon with the 7 Plus being part of the Android One initiative, the updates will be all the more frequent and timely. The jury is still out on whether most users prefer stock Android or a skinned version, but if you belong to the former group, the 7 Plus is just up your alley.

No battery blues whatsoever, and cameras (and mics) to say cheese to 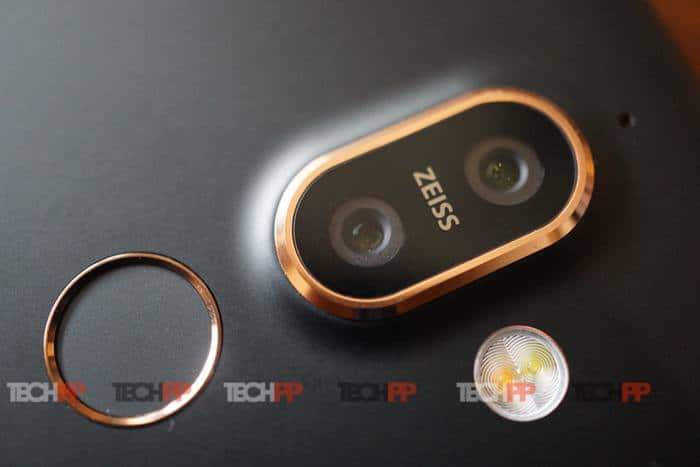 Which brings us to the two features of the phone that are supposed to be its twin aces – the battery and the cameras. In terms of battery, the Nokia 7 Plus is simply outstanding. We easily got close to two days of battery life out of the device consistently, and with support for quick charging, often got a decent top-up – getting us to about forty percent from nix in slightly less than half an hour. For us, the battery is very much the highlight of the device.

Does that mean the cameras are not? It is not as if the dual snappers on the Nokia 7 Plus are bad. They are supposed to be very similar to the ones on the high-end Nokia 8 Sirocco, and even though they come without optical image stabilization, we actually think they are better than the ones we saw on the Nokia 8, which was a flagship device. But while they excel in normal light conditions, they tend to stutter the moment the lights get too bright or too low. You will encounter both glare and grain issues when the sun is either too high or too low. Handle them carefully, however, and you will get shots with plenty of detail, albeit with colors that sometimes seem a little too bright to be true. There were also a few cases when we found images being a trifle blurry. Nokia has tweaked the camera software on the phone, so now you get the Pro mode complete with its semi-circular UI that lets you play around with ISO, shutter speed, white balance and the like. There is also a Live Bokeh mode for blurring the background with even the option to control the level of bokeh you get, but the results were middling and are unlikely to give the competition any nightmares. 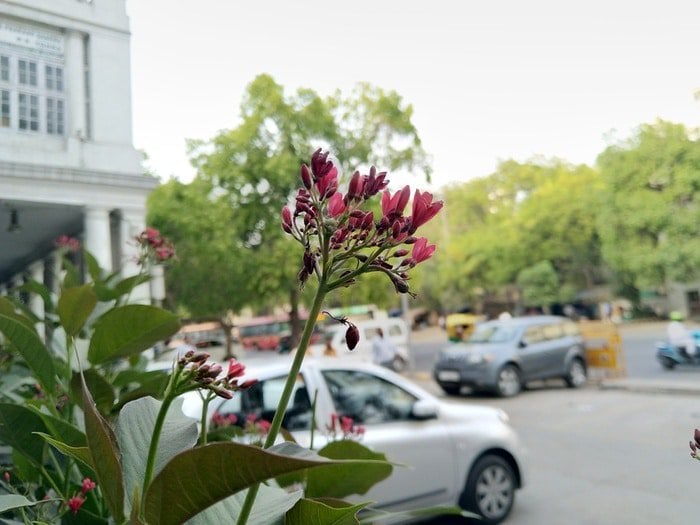 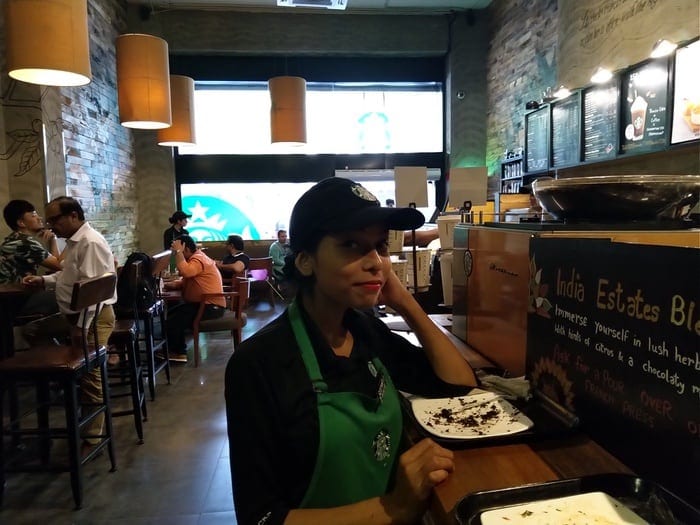 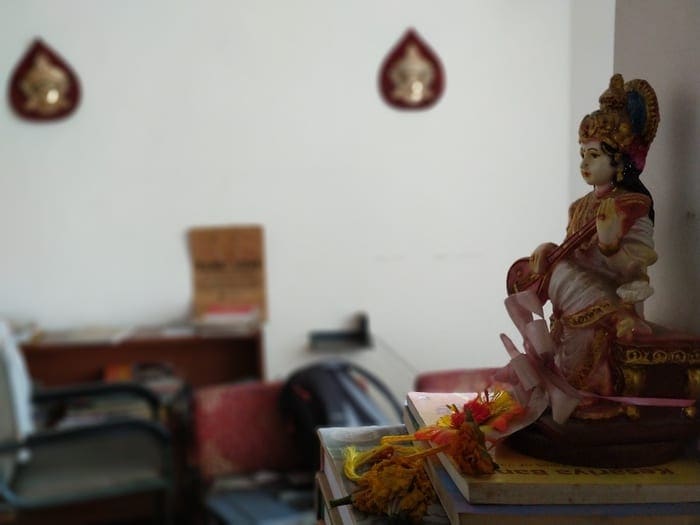 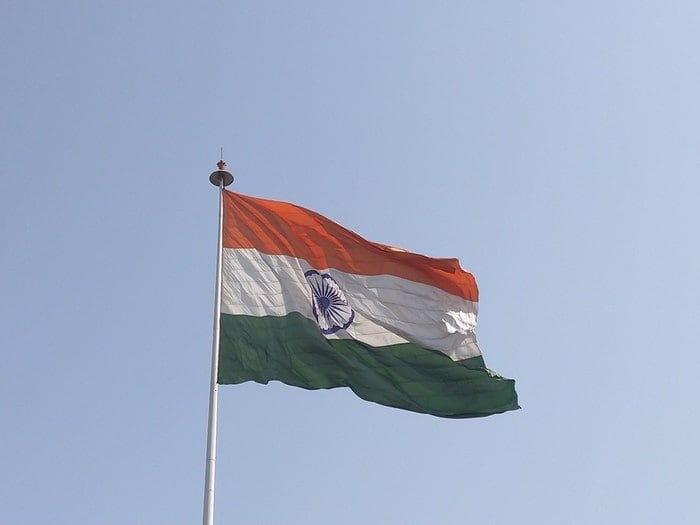 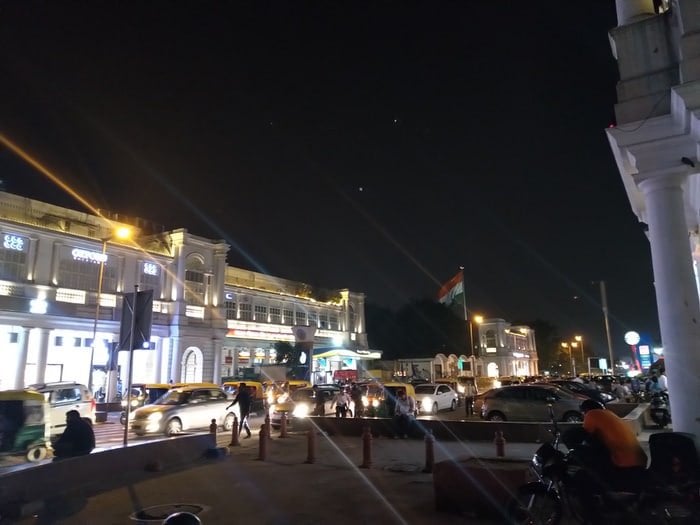 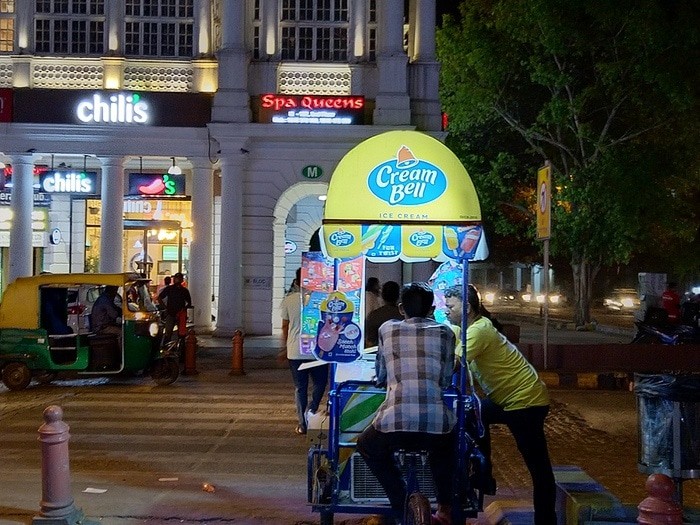 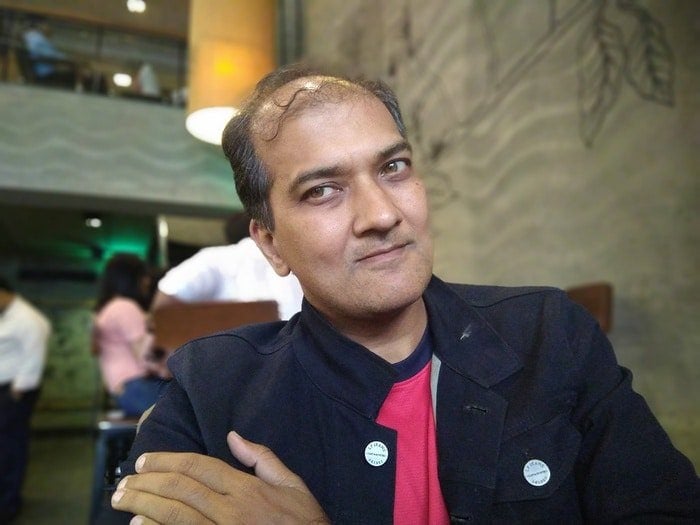 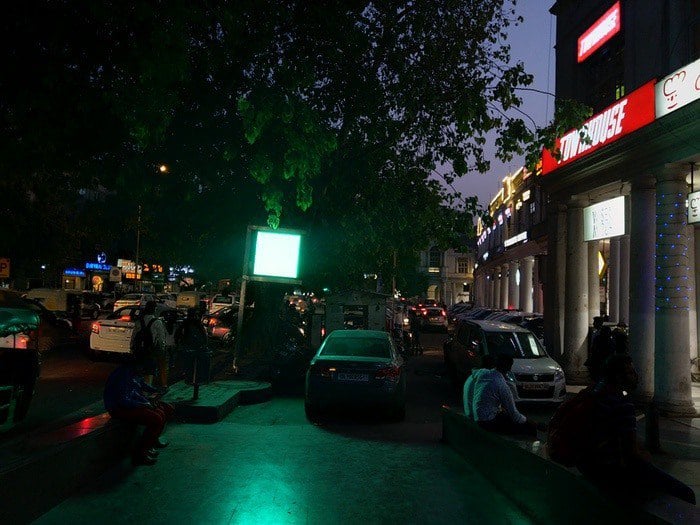 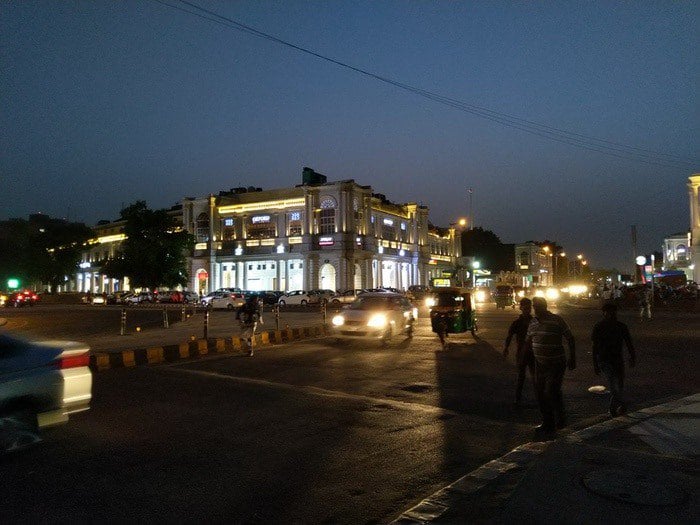 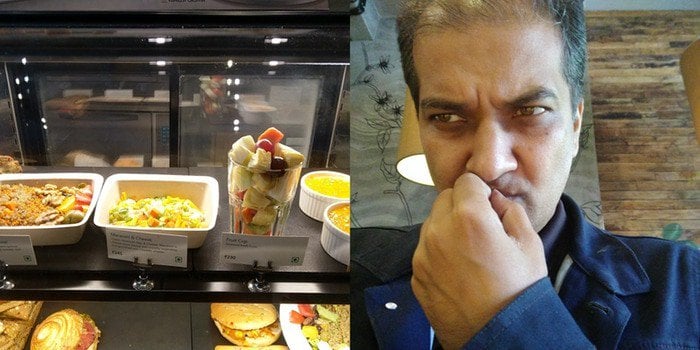 The presence of three microphones and Nokia Ozo, however, makes the 7 Plus a very formidable proposition when it comes to videos – we got great sound to go with decent video quality. The front-facing camera got us some very good selfies, but once again, nothing to really rave about. There is a bokeh mode there too, even though it is just a single camera, but once again, it is a bit hit and miss. The Nokia 7 Plus is pretty much in the league of the Moto X4 when it comes to cameras, scoring decent points but not really being outstanding – we do not see it posing a threat to the Honor, Oppo and Xiaomi brigade out there. Zeiss optics might be in the Nokia house, but we have not got those epic N8 or Lumia 1020 feels. Not yet. No, we have said nothing about the Bothie – we are still not convinced about how to use it, truth be told. 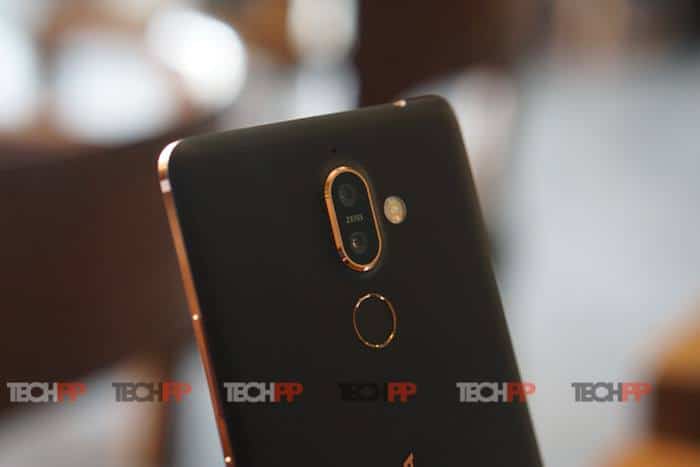 A few years ago, Motorola had stirred up the smartphone market with a device called the Moto Z Play. On paper, it was supposed to be a more affordable version of the Moto Z flagship, but in many ways, it actually ended up stealing its thunder, winning rave reviews for its battery life and smooth performance. No, there was nothing mind bendingly amazing or stunning about it. It was just a very good phone with no real weak points from a brand people respected. Yes, the competition had similarly (or even better) specced phones at much lower prices, but people still flocked to the Moto Z Play.

The Nokia 7 Plus has a very similar vibe (pun unintended, Lenovo) about it. It is a rock solid performer that might not stun you with its speed and style, but that said, will seldom put a foot wrong. Priced at Rs 25,999, it finds itself in that Rs 22,000 – 28,000 price segment where there seems very little competition for it, except from perhaps the very good Moto X4 and the Oppo F7 and Vivo V9, neither of which really poses a challenge to it in performance terms, even if they cost a trifle lower. The real competition, we suspect, however, comes from devices that are at different price points. There is the Redmi Note 5 Pro, which provides very good specs, good camera performance, and formidable battery life at a price of Rs 13,999/Rs 16,999. Then there is the Honor View 10, which has better cameras and on paper, a better processor and more RAM and storage at a slightly higher price of Rs 29,999. And of course, as we had pointed out at the time of its launch itself, there’s the Nokia 8, which has a Snapdragon 835 processor, just as much RAM and storage, and a markedly superior display at a reduced price of Rs 28,999. 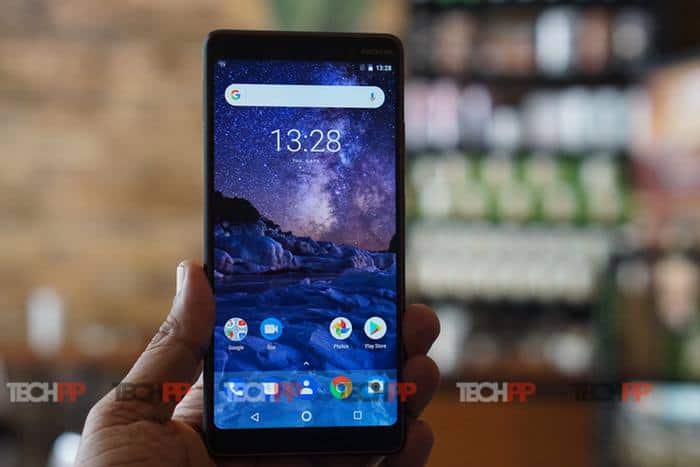 So should you be going for the Nokia 7 Plus? There is no compelling reason against it, as it checks most boxes very ably. The challenge it faces is that there is no compelling reason for it, either. While it does almost everything very well, it does nothing exceptionally so. This is a very good phone, rather than a great one. And its price puts it on the cusp of the very good and the great, that middle ground that separates the more expensive mid-segment devices and the budget flagships. Simply put: the 7 Plus comes in just where the likes of Moto X4 ends and leaves where the likes of the Honor View 10 and OnePlus 5T begin. It is not a vast terrain, but it is poorly populated at the time of writing. And for anyone wanting to invest in that zone, the 7 Plus is a prime contender. It is eye-catching, works smoothly, has a decent camera, very good battery life, and while its price might seem a little high, there will be those willing to pay it for that one word on the top right corner above the display, next to the front-facing camera.

Was this article helpful?
YesNo
TechPP is supported by our audience. We may earn affiliate commissions from buying links on this site.
Read Next
iQOO 11 5G Review: Does It End Your Quest for the Ultimate Smartphone?
#HMD Global #nokia #Nokia 7 Plus #review