The well-trodden ground of the budget smartphone segment has made lives difficult for a lot of manufacturers. In order to stay relevant, they either end up releasing new products every other month or fail to challenge the ascendancy that is the Xiaomi Redmi series. Oppo is another such company which has been struggling to stand its grounds and for ensuring it doesn’t fall too far behind, it’s introducing a new, online-exclusive brand. Its first smartphone, the RealMe 1 is here. Does it manage to deliver the punch Oppo is promising? Let’s find out.

Before exploring the answer to that, let’s discuss the “why” part of RealMe’s existence. The Indian smartphone market represents a substantial bet for Oppo. The company has invested a shedload to make a name for itself through aggressive marketing and building a prominent presence in the offline space. It used to be the third largest phone maker here just a few quarters back. But with Xiaomi expanding its products across the offline and now showing no signs of stopping, it’s been rather difficult for Oppo to get a firm hold on its position. The company thinks the RealMe is the solution to that and by making it offline only, Oppo is hoping to undercut Xiaomi by offering roughly the same hardware at a more affordable price.

The RealMe 1’s piece de resistance begins to (literally) shine as soon as you take it out of the box. It flaunts the company’s signature build which might seem like glass but is made out of plastic and a polymer composite material. The RealMe 1, just like its elder sibling — the F7, is a stunner and will attract a lot of eyes. 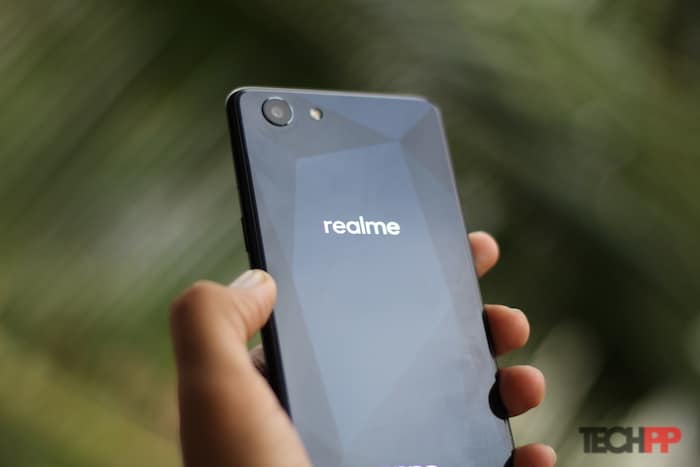 However, begin using it and you’ll find a handful of downsides attached to that mix of materials. For starters, the RealMe 1 is an admirer of fingerprints and loves to preserve them on its rear. Thankfully, Oppo does bundle a clear protective case in the box. In addition to that, the RealMe 1 feels a bit too light which sort of gives away its glass disguise. That’s not particularly a drawback but I think the phone would have been drastically more pleasant to hold if it would have been a little heftier.

The 5.99-inch tall screen is equally impressive and comes with a resolution of 1080p. Unlike the F7, though, it opts for a conservative bezel-less design and hence, doesn’t have a notch at the top. The display itself is sharp and vivid. The brightness levels are slightly on the lower side, sadly. Since it lacks a notch, you also won’t have to deal with any compatibility issues and worry about unsupported applications crashing or hiding a part of the content behind that tiny piece of the bezel. 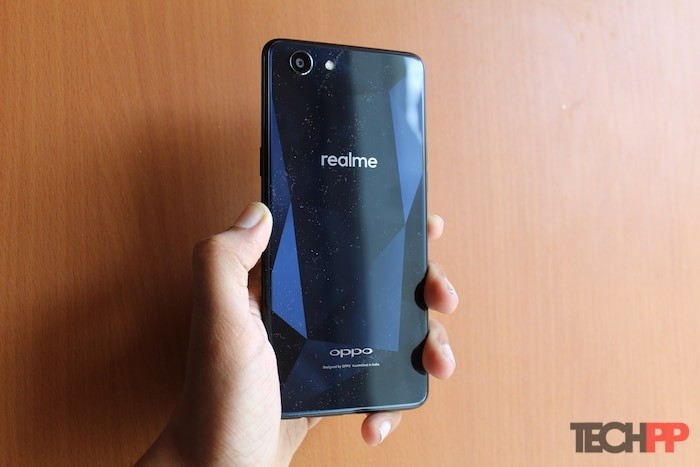 The rest of the RealMe 1’s build is quite standard. There is a MicroUSB port and a speaker grill on the bottom which sounds just average, a standard headphone jack beside that, and a dedicated MicroSD card slot. It’s compatible with Dual SIM cards and even Dual 4G VoLTE.

It does miss out on one key perk which is also my biggest complaint with it — fingerprint sensor. Yes, the RealMe 1 doesn’t have one and instead, expects you to entirely rely on the face unlock feature which itself is a little inconsistent at night. It’s a rather bold move on Oppo’s part and could backfire considering nearly every one of its competitors offer both a fingerprint reader and a software-based face recognition option. You should also know there’s no LED notification light here either.

The RealMe 1, like every other Oppo phone, comes preloaded with the company’s own ColorOS skin on top of Android 8.1. And it’s still painfully unintuitive. Not only does it share a striking resemblance to iOS, Oppo has somehow managed to borrow only the worst elements of Apple’s software. For instance, dismissing a single notification is a two-step process, apps like Truecaller don’t often function properly, you cannot alter the default apps without the software freaking out, the settings menu is a mess, you cannot hide the notification content on the lock screen, and a whole lot more. 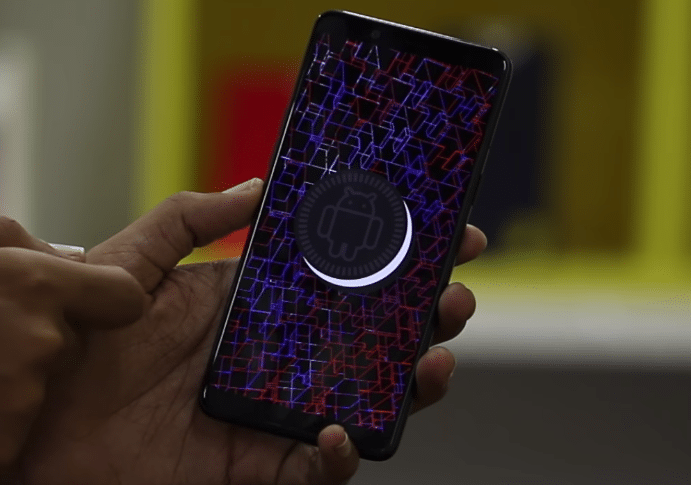 Furthermore, Oppo has included a bunch of “smart RAM management” features which are extremely aggressive and prevent applications from functioning in the background. This essentially means you won’t receive notifications from a few apps sometimes and things like widgets won’t update properly. Fortunately, there is one aspect to like here — navigation gestures which are responsive and well executed.

One of the highlights of the RealMe 1 is the presence of the Helio P60 chipset, the same one found on the Oppo F7. And it does not disappoint this time too. There’s 3 or 6GB of RAM and 32 or 128GB of internal storage. On the 6GB RAM variant we were testing, everything from switching between a multitude of applications to browsing social feeds is snappy. Gaming performance is fine too as I was able to easily play PUBG on medium settings.

The 3410 mAh battery makes sure you don’t run out of juice while playing all those resource-intensive titles. I was constantly left with more than thirty percent at the end of the day. If you’re a light user, you can easily get two days out of the RealMe 1. There’s no quick charging and the phone takes nearly two and a half hours to top up. 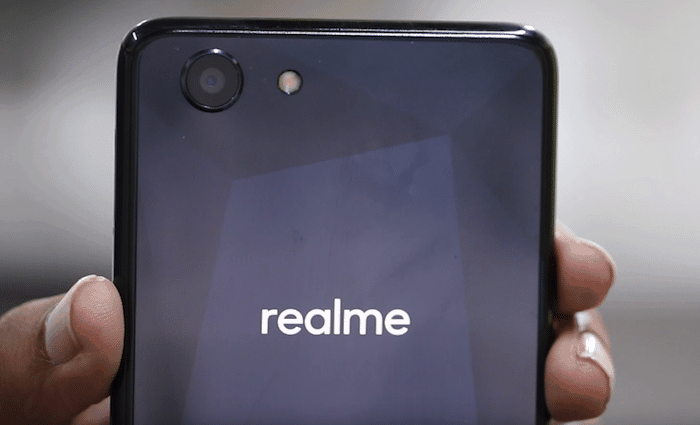 Lastly, let’s talk about those cameras — a 13-megapixel sensor on the rear and an 8-megapixel selfie snapper on the front. Unfortunately, you don’t get any dual-camera novelties here. However, you don’t really need them since the RealMe 1 handles bokeh features better than its competitors. In my experience, it figured out the edges much more accurately than I expected. 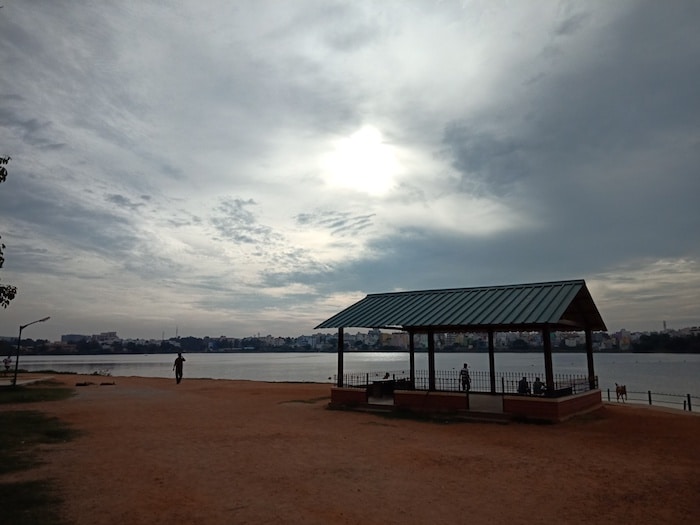 Regular pictures also turned out fairly well as long as there’s ample lighting. Images snapped on the RealMe 1 usually have enough details and above average contrasts. That being said, the software did overprocess them at times resulting in outputs which looked artificial and undersaturated. Hence, it’s safe to say the RealMe 1 is certainly the not the best camera phone in this segment. I feel, though, a lot of that could be fixed with software since the majority of times it was just inconsistent. 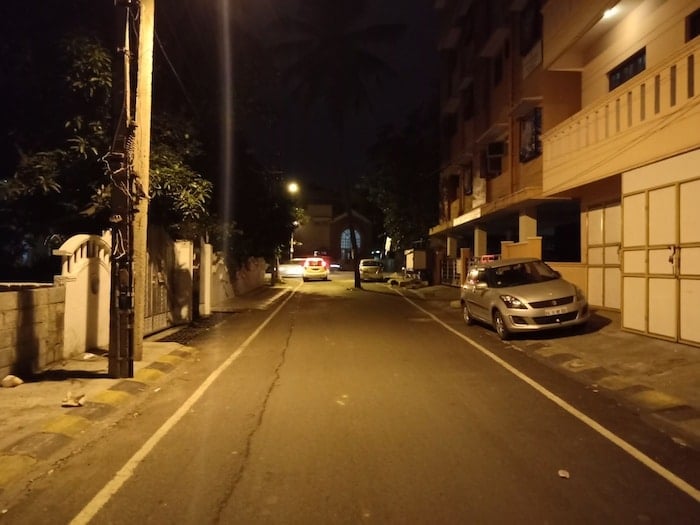 The phone is capable of clicking excellent selfies too but the Portrait Mode for the front camera is mostly useless. Videos on the RealMe 1, which while look fine, are limited to 1080p resolution and lack any sort of stabilization unlike a couple of its fellow industry colleagues which can record in 4K and feature EIS. One upper hand I think this phone holds over others is the shutter speed. Even with HDR enabled, there’s nearly zero lag. 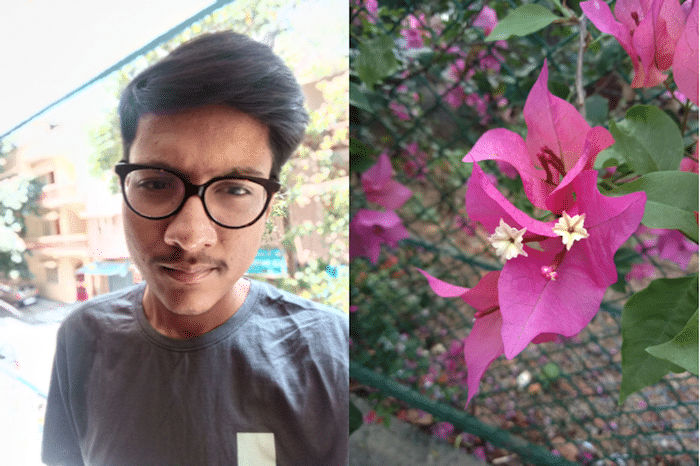 There’s a lot the RealMe 1 gets right — the performance, selfies, design, and a few more. However, the lack of a fingerprint sensor, an underwhelming software experience almost holds me back from recommending it. But if you’re someone who values the former characteristics more than the latter, then you definitely won’t regret investing in the RealMe 1. Otherwise, there is a myriad of other alternatives you can look into like Xiaomi’s Redmi Note 5 Pro (Our review) or the Asus Zenfone Max Pro M1 (Our review).