The Redmi Note 5 with some muscle

Base phone models of a series should shiver at the mention of the words “Pro” or “Plus,” for they simply indicate something that is an improvement on their humble selves. Just ask the iPhone 8, the iPad Pro or the Galaxy S8 if you believe us not. The existence of the Pro or the Plus is many ways a gentle reminder to those who purchase the base model that hey, something better exists. And this is rather pronouncedly the case when it comes to the Redmi Note 5 Pro. Xiaomi has never really inflicted the “Pro” tag to any of its devices in India (alas, for there are some amazing ones we would love to see here) but that has changed with the arrival of the Redmi Note 5 Pro.

Similar design, but the magic’s in the cams and chip

For, let us get this straight, while there was a sense of underwhelm-ment (if that indeed is a word) about the Note 5, which had a similar processor and RAM/storage set up as its predecessor, such an accusation cannot be leveled at its Pro cousin. No, we ware not going to say that its design is totally different from the Redmi Note 5 (the proportions are so similar with 158.5 x 75.45 x 8.05 mm for the Note 5 and 158.5 x 75.4 x 8.05 mm for the Pro) – the display is still a 5.99 inch display with 18:9 aspect ratio and the back is gently curved metal with antenna bands on the top and base, although the 3.5 mm audio jack is on the base rather on the top – but the presence of dual cameras on the back with a flash between them in a capsule-shaped unit (so X factor, eh?) does give the Pro a very distinct identity of its own. Mind you; it still looks a trifle dull when compared to something like the Honor 9 Lite (yes, a comparison is coming up!). 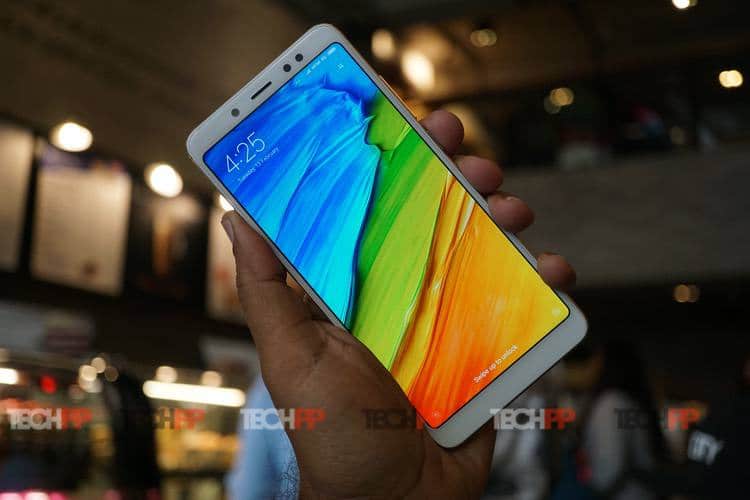 And then there are the innards. Unlike the Note 5, which has stuck to the Snapdragon 625 (a magnificent performer, we admit), the Note 5 Pro becomes the first device to come with the Snapdragon 636 processor and comes with 4 GB RAM / 64 GB storage and 6 GB / 64 GB storage variants. Then there are those cameras. The Redmi Note 5 Pro comes with a 12 megapixel and 5 megapixel camera combination (the former with a f/2.2 aperture and the latter with a f/2.0 one) – no, there is no telephoto here as in the A1 and the role of the lesser camera is to cream up the bokeh – and a 20.0-megapixel selfie snapper with a flash too. Of course, it ticks off the connectivity boxes too and comes with a large 4000 mAh battery, but it is the cameras and the processor that add the Pro element to the Note 5.

Not just a Pro on paper…it performs too 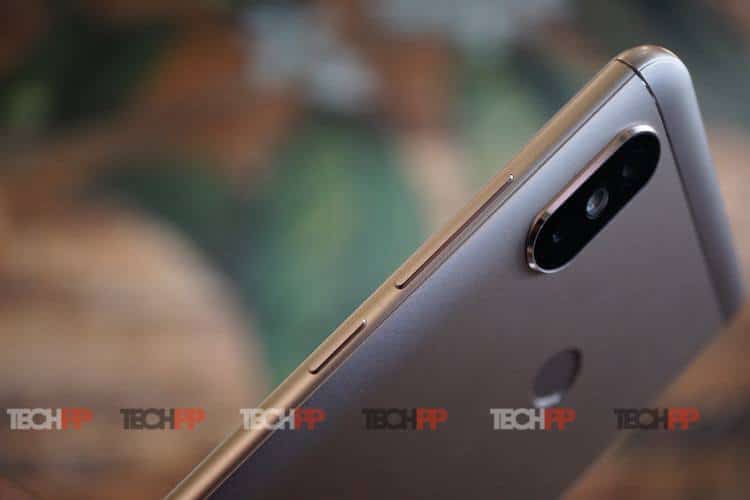 The big question is whether they make a killer difference in real life situations. And the answer to that is a simple yes. The Snapdragon 636 is said to be a better performer than the 625 and even the 630 we saw on the Moto X4, and it certainly posed no problems for us at all in our usage. The handling of routine tasks, be it web browsing, social networks, photography or casual gaming of the Temple Run and Angry Birds type was very smooth and we had no complaints at all. Things do get a little bit laggy when you get knee-deep in high definition gaming – do not expect this to match the smoothness or speed of a Snapdragon 835 chip (or Snapdragon 660 as well) – but games like the Asphalt and Hitman are definitely playable, if not at optimum speeds.

The performance we would say in general terms is close to what we saw on the Moto X4 (which was running a 630 but then had stock Android), which puts this right up in there among the best performing mid-segment devices out there. Speaking of games, the large, bright display is very good for gaming and the sound on the loudspeaker is decent too. The display is reasonably visible in daylight too. And MIUI 9 runs very smoothly, although we really wish Xiaomi had launched this one with Android O out of the box. Notwithstanding the stock Android loving crowd’s votes on Twitter, we suspect many will like the more feature rich Mi skin on their Redmi devices.

Bokeh is served…and it is creamy 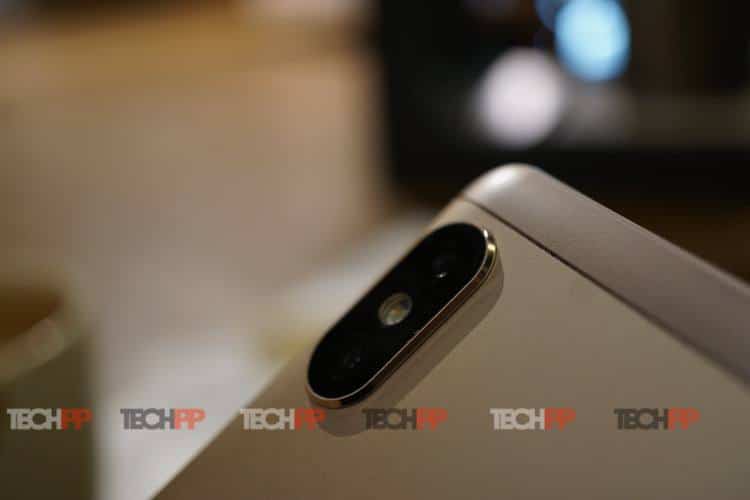 Which brings us to perhaps the most spectacular feature of the Redmi Note 5 Pro – those cameras. And we have no qualms in stating up front that they are the best we have seen on the Note series. No, we would not put them in the same league as the Mi A1 (although we are going to have a detailed comparison in the coming days), but these are among the best cameras in the sub-Rs 15,000 category. The very analytical might point out at the tendency to slightly oversaturate shots, but in general, we were more than content with the level of detail reproduced. Yes, glare and noise did become issues when the lights dimmed, but at this price point, we would be nitpicking to be complaining. Then there is the portrait mode, which worked remarkably well. Xiaomi seems to have some seriously good bokeh chops in their photography labs and we found the Redmi Note 5 pro handling edges and blurry areas a whole lot better even than some more expensive devices. And the portrait mode’s magic extends to the front camera too. To be honest, we were a little underwhelmed by the selfies taken by the 20-megapixel snapper (even after turning off the super smoothening and pink-inducing beauty mode), but when it came to portrait mode, we found ourselves nodding in approval. Bokeh is becoming a Mi specialty. Portrait and landscape shooters will love the Redmi Note Pro. Super close-ups and macros could have been better, though. 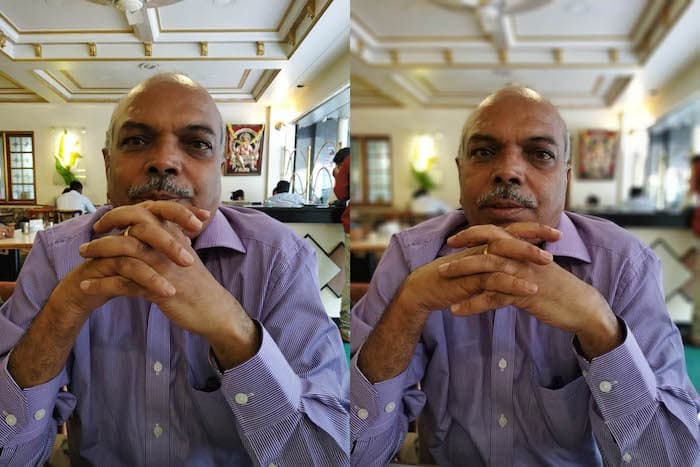 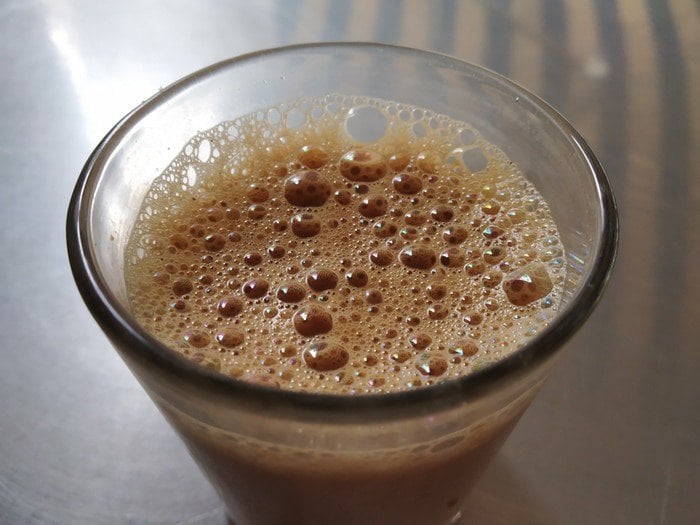 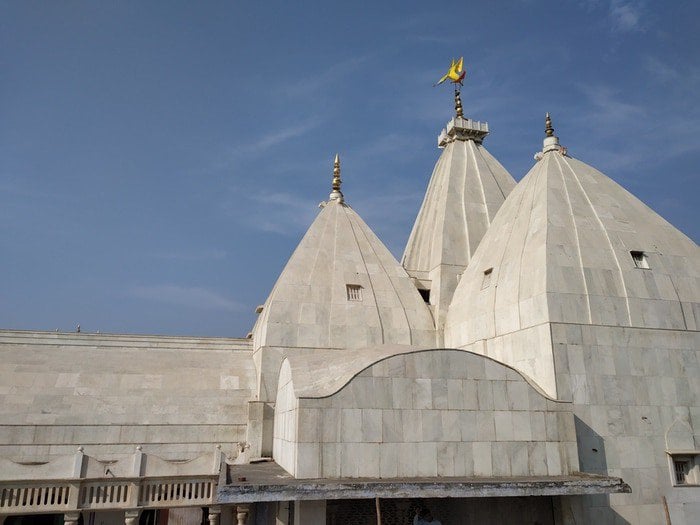 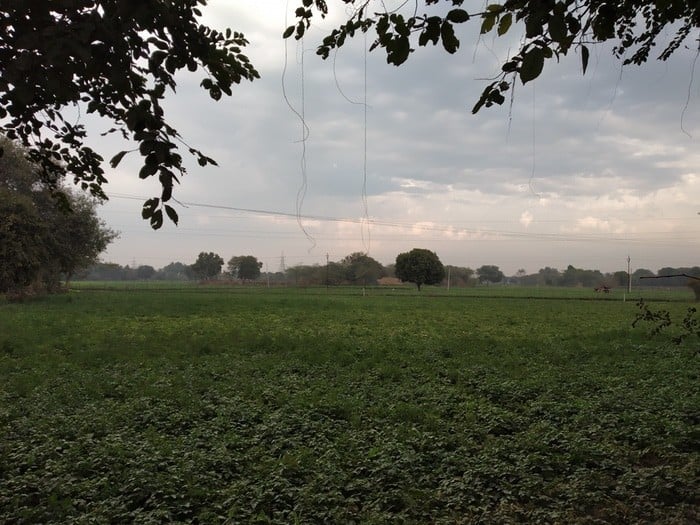 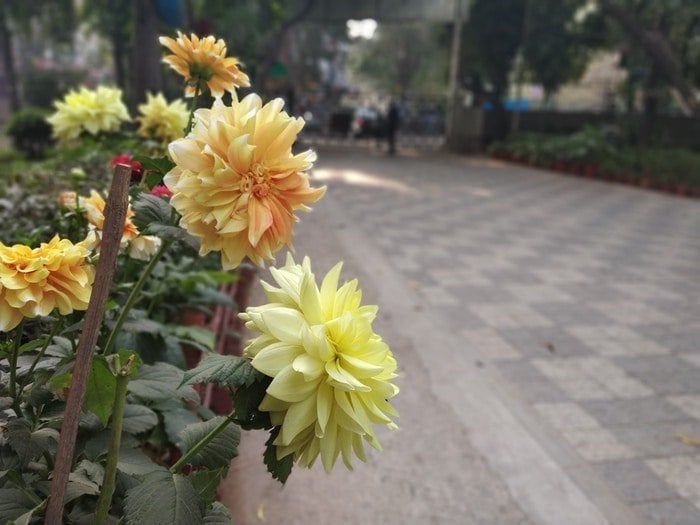 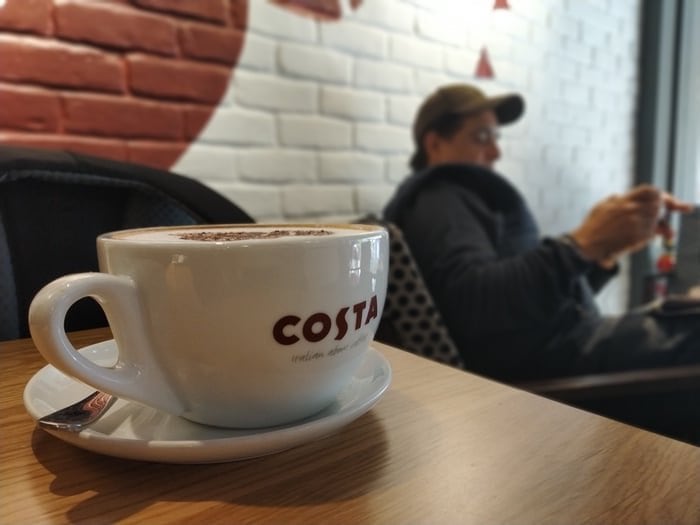 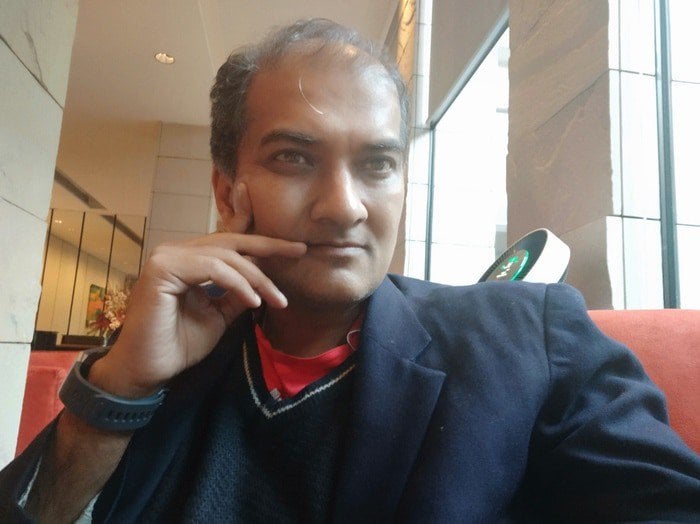 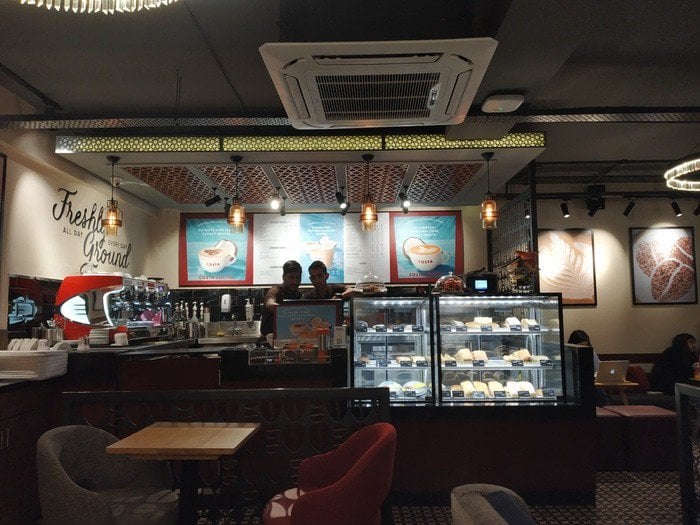 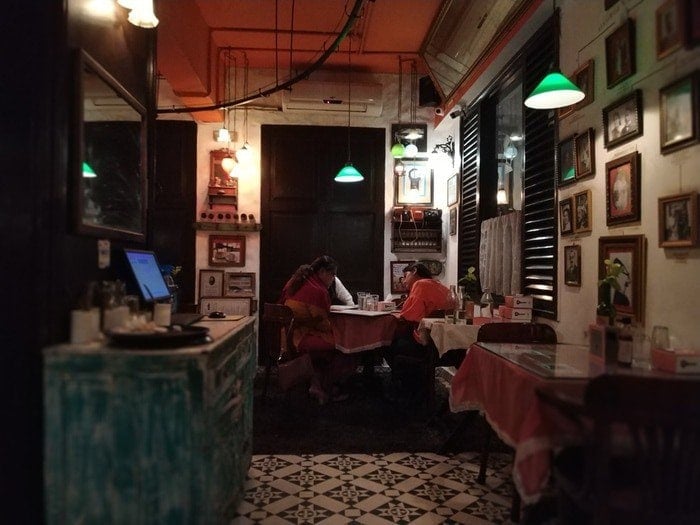 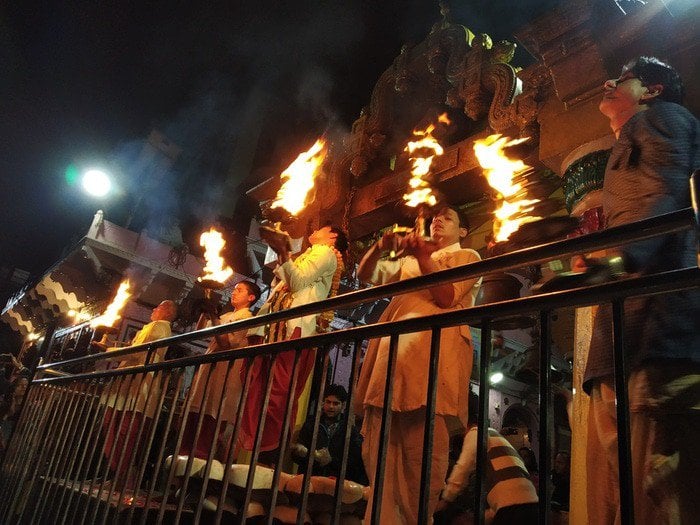 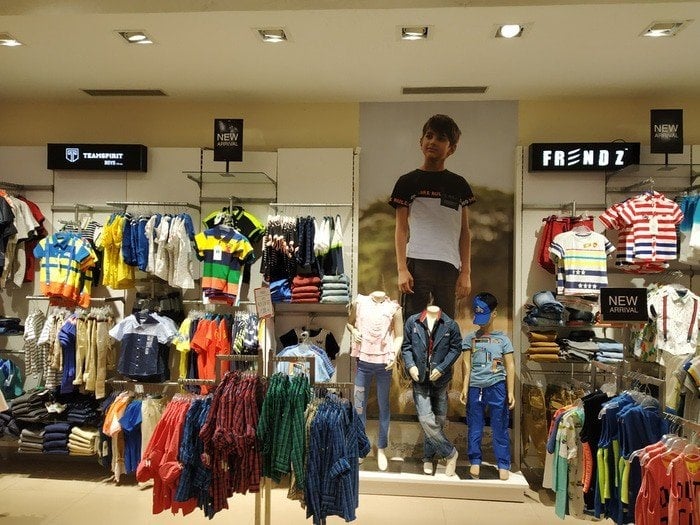 But this is just the decorous icing on the Redmi Note cake. If the Note 5 Pro distinguishes itself clearly from its Pro-minus sibling, it also delivers on what have become known as Redmi Note core values. The 4000 mAh battery does not come with quick charging but in combination with the Snapdragon 636 easily sees off a couple of days of medium to heavy usage. Call quality is not the greatest (not quite there with Moto and Nokia standards) but is very acceptable. And well, that metal frame means that your heart will not miss a beat every time the phone takes a bump or a fall. We would have liked some sort of dust and water resistance, that said.

Band of brothers in battle? 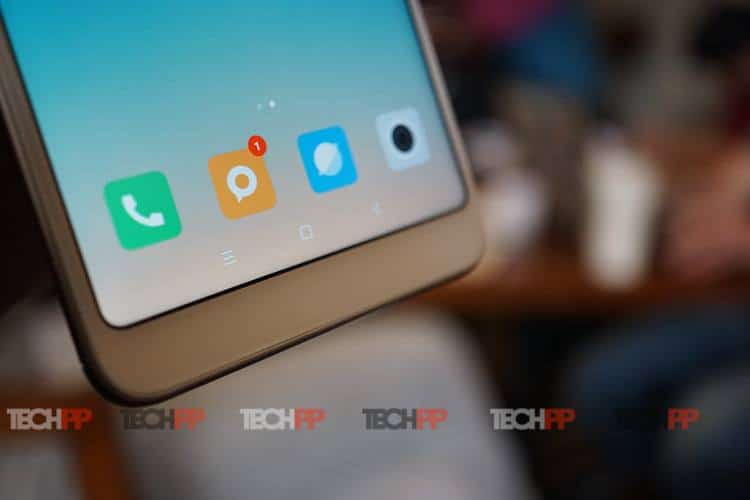 At Rs 13,999 for the 4 GB / 64 GB edition (Rs 16,999 for the 6 GB RAM edition with the same storage), the Redmi Note 5 Pro a couple of years ago would have been considered a killer proposition. That it does not seem quite as much today, is a tribute to the market its predecessors have created. One which is teeming with competition. And ironically, the Note 5 Pro is likely to face the toughest competition from its own brother, the Mi A1, which comes with a older Snapdragon 625 chip and a smaller battery as well as a now-dated seeming 16:9 aspect ratio display, but has dual 12 megapixel shooters and that darling of the geeks, Stock Android with assured updates (it is already up to Android O). There are some who might also wonder if the massive Mi Max 2 with its large 6.44-inch display and massive 5300 mAh battery might now come into the reckoning. Both cost Rs 13,999. Which seems to make this a rather feisty family battle. And that is when you do not even factor in the likes of the Honor 9 Lite with its quad cameras and eye-catching design and that old reliable, the Moto G5s Plus. 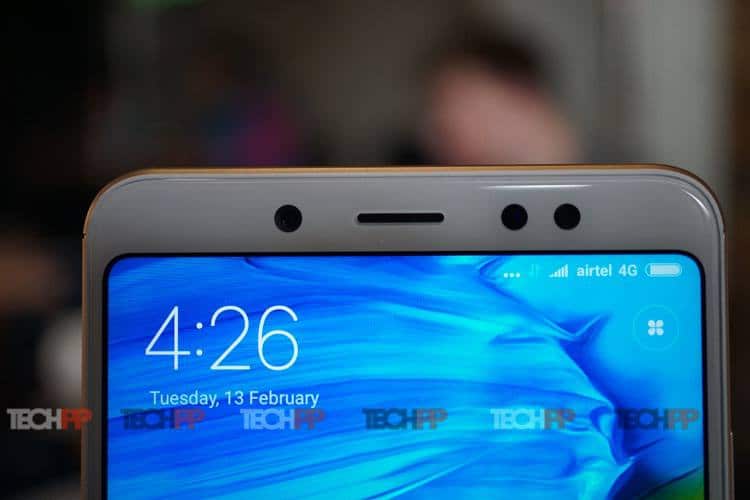 All of which makes the Redmi Note 5 Pro the latest topping on what is already a very crowded mid-segment phone pizza menu. But given what it brings to the table, we are sure that many will opt for it. There is not too much it gets wrong and a lot which it gets absolutely spot on. We would say that if the Note 5 is the nominal successor to the Note 4, the Note 5 Pro is its spiritual one. Used a Redmi Note 4? Then THIS is the upgrade you were really looking for.