Razer started the trend and everybody is now following suit. Gaming smartphones are the new fad with brands launching smartphones with flagship chipsets and high RAM/storage configurations coupled with a large battery to accommodate long hours of gaming. We saw the Razer phone do it last year, followed by Xiaomi’s Black Shark and ZTE’s Nubia Red Magic with special attention given to the gaming experience these devices have to offer, by providing ‘Gaming’ modes to silence notifications during gameplay and killing other apps in the background in order to optimize the RAM usage for smoother gameplay, and by providing proprietary accessories like gamepads which can further enhance the smartphone gaming experience. 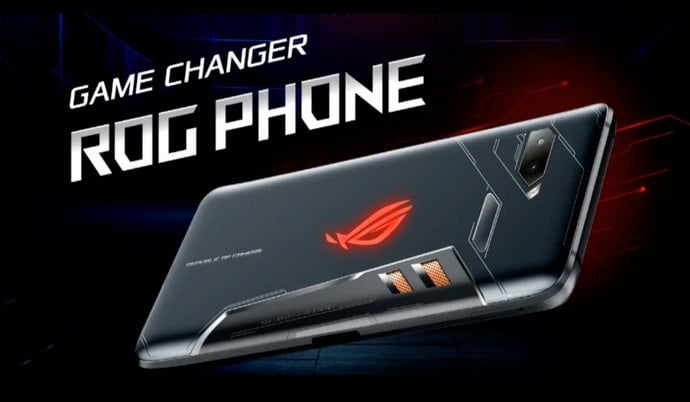 Asus didn’t want to be left behind and has launched its new smartphone under the “Republic of Gamers” branding, aimed towards hardcore smartphone gamers. Republic of Gamers, commonly known as ROG is the branding that ASUS has been using for a while now for their gaming-centric PCs as well as accessories.

The ROG smartphone from the Taiwanese tech-giant comes with Qualcomm’s top-of-the-line chip, the Snapdragon 845, speed-binned to achieve clock speeds of up to 2.96 GHz. This, along with 8GB of LPDDR4X RAM, up to 512GB UFS storage options, a 6-inch AMOLED HDR display with a 90Hz refresh rate, 1ms pixel response time and 10000:1 contrast ratio and a massive 4000mAh battery. The cameras are a 12+8MP dual camera set up, with the latter being a wide angle sensor.

The ROG smartphone is said to have an AnTuTu score of 304183. Asus has implemented a 3D vapor cooling thermal management technology to combat reaching high temperatures with continuous gaming. “X-mode” is a gaming mode provided to block any interference in the form of notifications during gameplay and also kills other background apps to free up RAM. To ramp-up up the media experience, Asus has also included stereo speakers. What’s more, Asus has added three AirTrigger ultrasonic touch sensors along the side of the phone, essentially giving you shoulder triggers when holding the phone in landscape fashion. Every Asus ROG phone comes with an AeroActive Cooler packed inside the box. 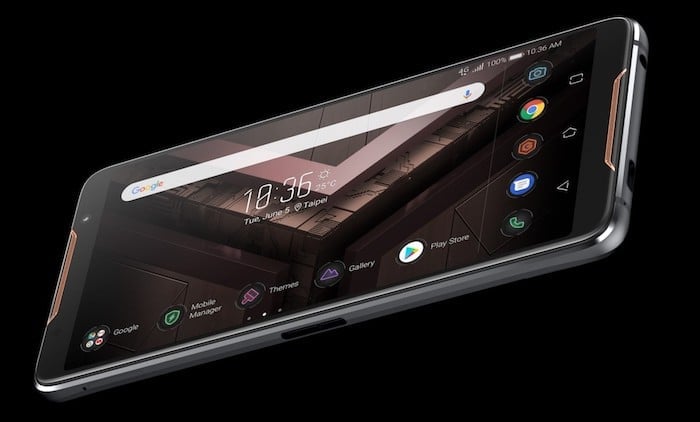 ASUS is also making exclusive accessories for the ROG smartphone including a game controller, an external cooling fan with an additional type C port and a 3.5mm audio jack (included with the device) and a PC docking station. There’s also a “Twinview” dock with two screens to assist with game streaming, or multitasking while gaming. The dock comes with a front-facing quad-speaker system, two physical trigger keys, a dual-haptic force-feedback engine, an enhanced cooling system, and 6,000mAh extended battery pack. Then there is another optional accessory for the handset called the Mobile Desktop Dock, which allows you to connect the ROG Phone to an external 4K UHD monitor, mouse and keyboard.

Was this article helpful?
YesNo
TechPP is supported by our audience. We may earn affiliate commissions from buying links on this site.
Read Next
Asus ROG Flow X13 Review: Power-Packed Convenience
#Asus #Asus ROG #Gaming phone