Facebook’s new Lip Syncing Feature Could Mean the end of Apps Like Musical.ly

The rate at which lip-syncing apps like Musical.ly have spread throughout various social media channels has been proliferating for the past few months. Facebook seems to be wanting in on the action. The social network behemoth has gradually begun rolling out a new feature which lets users lip-sync to millions of songs during their live streams. 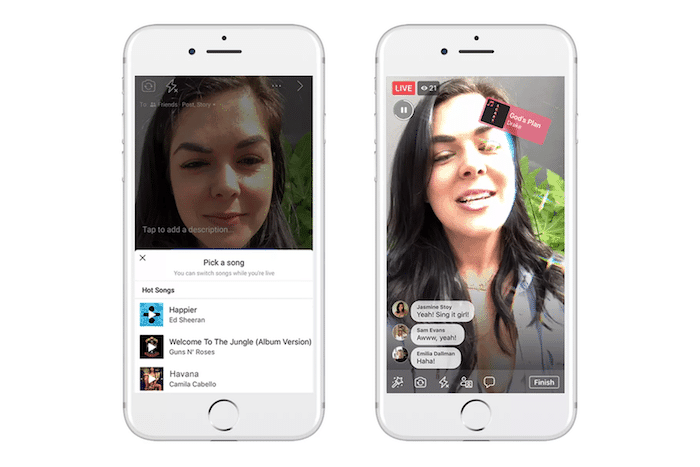 Facebook is calling it “Lip Sync Live” and it functions similar to what you’ll find on apps like Musical.ly or even Dubsmash. You pick a track once you’ve entered a live stream, add various backgrounds, description, or effects, you get the idea. Once the stream ends, you can also share the video as a permanent post. If you’re one of those early users who have already received the feature, the Lip Sync Live option will appear when you start a live video.

In addition to that, Lip Sync Live on Facebook even has a “With” option which as the name suggests, allows you to bring in friends into the clip as well. Back in March, the social network had managed to sign deals with all the three major labels spawning a music library with millions of songs. There’s a possibility you’ll be able to soon add these available tracks to videos apart from live streams in the future. Moreover, Facebook says they plan to roll out Lip Sync Live globally in the coming months and even bring the ability to its other products such as Facebook Stories.

Clearly, Facebook’s new feature presents a critical threat to Musical.ly which already has nearly 200 million registered users. However, considering Facebook’s reach and its past attempts at putting down trendsetters with identical products, Musical.ly certainly has a lot to worry about. Of course, there’s always the chance Facebook eventually acquiring its competitors but in this case, it doesn’t very likely since the social network already has the means and the music labels to make this work.

7 Ways to Find Who Blocked You on Facebook
Read Next

How to Enable End-to-End Encrypted Backups on WhatsApp
Sherlocked! What does the Samsung Unpacked 2020 Teaser mean?
What is H.266/VVC (Versatile Video Coding) and what does it…
With Ear (1), Nothing Could Be Creating a New Segment in the…
Facebook announces Facebook Pay for Facebook, Instagram, and…
[Apple Blog] The new iPhone SE is NOT like the original…