Garmin used to be a brand one would generally associate with GPS navigation systems until they forayed into the wearable market with premium smartwatches with emphasis on fitness tracking.

The latest offering by Garmin for those seeking a sophisticated fitness tracker in India is the Garmin Forerunner 645 Music smartwatch. The Swiss-based company first showcased the smartwatch at CES 2018 in January this year, with its major highlight being the ability to store music onto the internal storage of the watch. Garmin recently launched a couple of other smartwatches with music functionality such as the Vivoactive 3 Music and the Fenix 5 Plus. 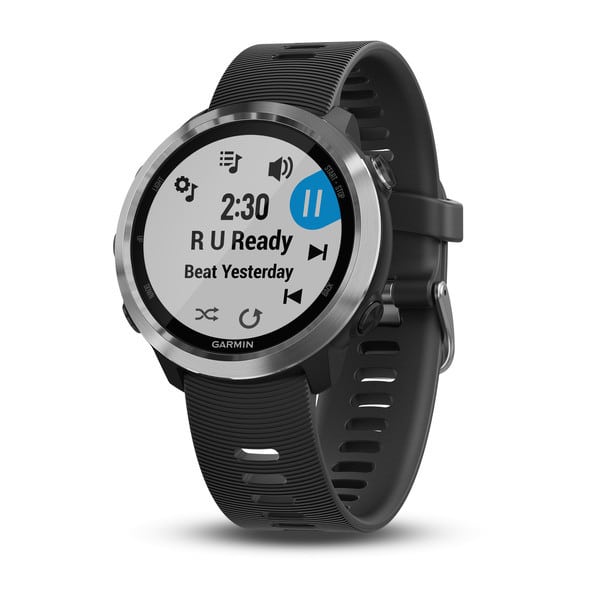 The key feature of the Garmin Forerunner 645 Music is its integrated storage that lets users store up to 500 songs directly on the smartwatch and listen to their favorite tracks via Bluetooth headphones paired directly with the watch while on the go. The wearable can also sync music for offline playlists from streaming services like iHeartRadio and Deezer. This functionality isn’t new as both the Apple Watch as well as Samsung’s Gear Fit 2 also offer this ability. The smartwatch also comes with Bluetooth Smart and ANT+ technology and can be used with both Android as well as iOS devices.

Other features include the integration of Garmin Pay which provides a contactless payment solution using a dedicated wallet, similar to Apple/Google Pay. Additionally, users can download various third-party apps like different watch faces, widgets, weather providers etc. from the Connect IQ store on the watch itself. Since it is a fitness-oriented smartwatch, it also supports LiveTrack which is a feature letting you track yours as well as your friends’ runs/workouts and lets you share your stats on social media.

The Garmin Forerunner 645 Music sports a stainless-steel metal frame and features a 1.2-inch sunlight-visible display with a resolution of 240 x 240 pixels along with an always-on Garmin Chroma Display. A heart rate canner present on the watch has monitoring enabled 24/7 and the watch can also auto-detect workouts and provide relevant info. The watch is claimed to provide up to seven days of battery life which is rather impressive for a smartwatch if it indeed lives up to the claim.

The Garmin Forerunner 645 has been priced at Rs. 39,990 which is much higher than the global launch price of $449.99 which translates to about Rs. 28,500. If you wish to purchase the smartwatch, it will be made available on Garmin’s own e-store and on PayTM mall.

Was this article helpful?
YesNo
TechPP is supported by our audience. We may earn affiliate commissions from buying links on this site.
Read Next
Titan Talk Smartwatch Review: Let’s Talk About It!
#Garmin #Garmin Forerunner 645 Music #Smartwatch