Qualcomm, at long last, has finally introduced a new chip for Android smartwatches. Called the Snapdragon Wear 3100, the processor arrives two and a half years after the chip maker’s last announcement for Wear OS wearables. Unfortunately, the new chipset offers little hope for the struggling operating system by ignoring a host of shortcomings and bringing only minor improvements to the rest. 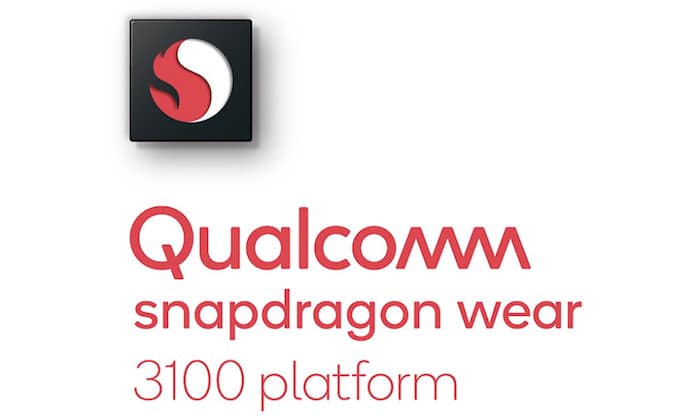 The Snapdragon Wear 3100’s biggest highlight is a new coprocessor. Qualcomm says 95% of the times a smartwatch sits idle and is only employed for checking the time or date. So it essentially separated all those functions to a dedicated processor. What that does is optimizes the watch’s sensors and ambient display features to use up to 20 times less energy than the main processor would.

For the user, that means a longer battery life. However, “longer” here doesn’t translate to days of endurance. It merely ensures an all-day battery life or maybe a bit more if you’re careful with settings like brightness. The new chip also integrates well with premium components like GPS.

With the Snapdragon Wear 3100, the ambient display will get better as well. The processor yields a higher response rate and can show a smoother moving second hand as well as live-updating complications like steps. One other handy feature it comes with is a low-power mode. As the name suggests, the smartwatch can enter a restricted mode if the battery goes below 20 percent boosting its life up by about a week. You won’t, of course, be able to access any of the “smart” features since only a few basic tidbits such as the time will be available. 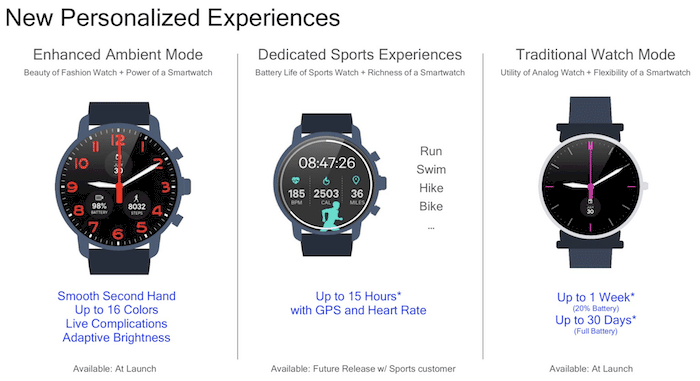 Lastly, the new chip will allow OEMs to modify how their Android watches handle data from various sensors like the heart rate scanner with their own code. Therefore, unlike before, there’s a chance now two Wear OS wearables will have different accuracy rates. Qualcomm says the first devices with a Wear 3100 chip will ship before the end of the year. Early partners include high-end brands like Fossil, Louis Vuitton, and Montblanc.

While the new chip is certainly a step in the right direction, Qualcomm seems to have entirely overlooked the performance issues which have plagued Android smartwatches for years. Pair that with the fact that Google won’t be introducing a Pixel watch anytime soon, it’s difficult to imagine Wear OS making comeback on the market charts. Google did announce a bunch of much-needed software updates, it will be interesting to see whether it would be enough to revive the operating system’s deteriorating presence.