The Xiaomi-backed company, Yeelight, recently debuted in India with a few of their signature products like smart lightbulbs and LED strips along with a unique rechargeable ambiance light that mimics a candle which we’re reviewing today. Retailing in India for a price of Rs. 4,499, does the Yeelight Candela Ambience Light justify the hefty asking price? Let’s shed some light on it (quite literally). 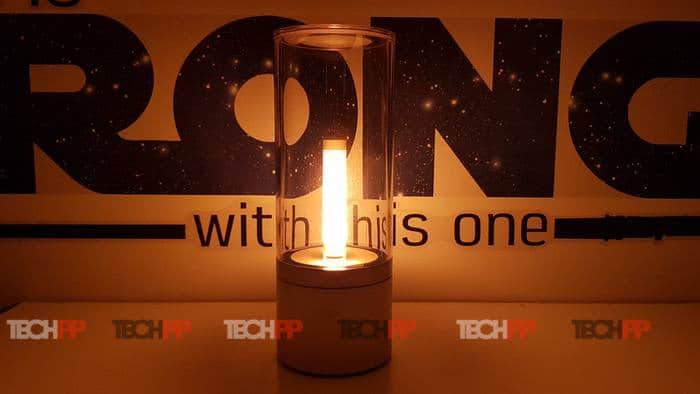 The Yeelight Candela screams premium right from the word go. The construction is solid with the base getting quality metal with just the Yeelight branding and a clean look while the top portion is enclosed in glass. The glass enclosure is rotatable which changes the brightness of the lamp.

The bottom of the base houses a micro USB port located in a rather awkward position which might get tough at times while trying to plug in the charging cable. There’s also an LED indicative of the charging state and a reset switch beside it. The on/off switch is also located at the bottom and can be toggled between three modes which are as follows – Off > On > Bluetooth. 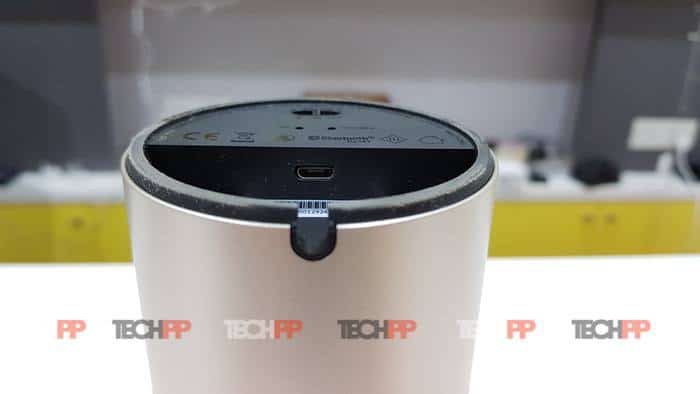 As the names of the modes would suggest, putting the lamp into the ‘ON’ mode will turn on the lamp but will limit the brightness and standby control to the lamp itself which means you will have to rotate the glass enclosure in order to vary the brightness levels. Switch to Bluetooth mode and you can now link the Yeelight Candela to your smartphone using the Yeelight app available on the Google Play Store as well as Apple App Store, which will let you play around with various settings and presets of the lamp right from your smartphone, as long as you’re in the range of the Bluetooth connection. 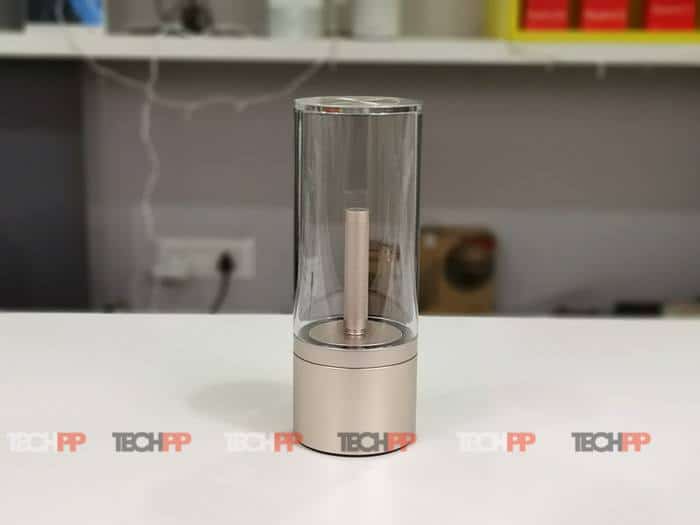 The app itself is quite simple to use and the instructions to add the lamp are self-explanatory. Once linked, the controls you get are pretty much minimal as this is not a multi-colored lamp and thus features just a brightness control slider along with some modes which just vary the brightness in order to suit a particular mood. You can also rename the light from the app or link multiple lamps of the same kind which will let you control all of them at once.

Talking about the light emitted from the lamp (that’s what you’re ultimately getting a lamp for), the peak color temperature at max brightness is 1800K and as the name would suggest, the lamp tries to mimic the flame of a lit candle to create a pleasant ambiance. It also has a unique and distinct look when compared to conventional lamps which makes it a nice eye-catching prop to have if you have friends or relatives visiting you. The Yeelight Candela also makes for a nice bedside lamp or a substitute for a conventional candle on the dinner table.

The built-in 2100mAh battery ensures that the Candela is portable and while the runtime does not match the claimed eight hours, I could get up to six straight hours of use on a single charge with Bluetooth enabled, so running the lamp without the connectivity might prolong the battery life even further. Charging time is about 2 hours, but the lamp can be used even while charging which is a nice touch.

Being a Bluetooth enabled lamp, I expected the ability/skill to be able to control the device through Alexa using an Amazon Echo speaker, but to my disappointment, the Candela does not have support for it at the time of writing this review, but it can be added later through a firmware upgrade and its something that I urge Yeelight to facilitate as it makes controlling the lamp easier with voice commands. 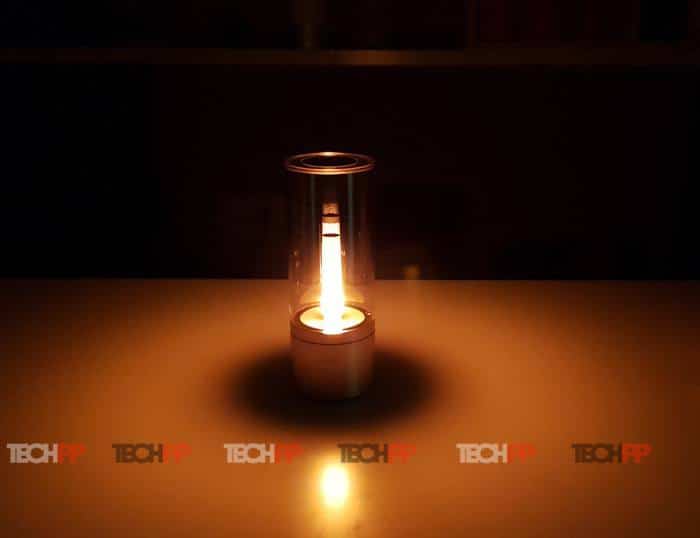 If you ask for my verdict on the Yeelight Candela Ambient Light, I would say it’s a nice accessory to have if you’re specifically looking for a warm-tone lamp that can be controlled via your smartphone and wish to enhance the atmosphere in a low-lit environment. However, at a price of Rs. 4,499 in India, the Yeelight Candela does not have much to offer like customizable colors or the ability to link with smart speakers which makes it a product aimed at a niche demographic looking specifically for a faux-candle like device. However, if you wish to purchase the Yeelight Candela for yourself and do not want to pay the exorbitant price, you can pick one up from Gearbest.com for a fraction of the Indian retail price (it usually hovers around Rs. 2,500 to 2,800) and that can be further brought down using coupon codes. According to me, that’s a deal that makes much more sense for a lamp like this. But, if you do not want the hassle of importing from China and delayed delivery periods and are willing to pay the extra price for convenience, you can pick up the Yeelight Candela from Amazon.in.

Was this article helpful?
YesNo
TechPP is supported by our audience. We may earn affiliate commissions from buying links on this site.
Read Next
Stuffcool PB9018W Magnetic Wireless Powerbank Review: Actually the perfect iP...
#review #yeelight #Yeelight Candela