Those were the words of a rather emotional executive when we recently asked him about the Poco F1. After all, the phone has notched up sales of 700,000 units globally since its launch, a figure that in itself has sparked some confusion. After all, there are some numbers that are considered noteworthy in the mobile business. Fifty thousand, A hundred thousand. A million. Multiples of a million. 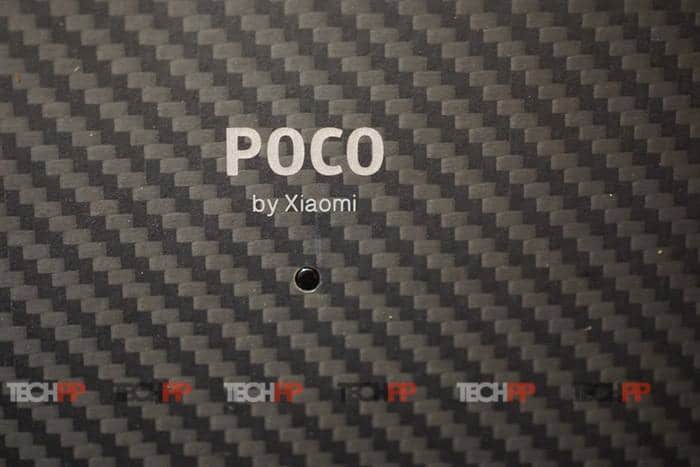 So when Xiaomi’s Vice President Manu Jain tweeted on December 5 that the Poco F1 had “700,000 users across the globe,” a number of people were mildly confused. Was this a big number? After all, did not its rival, the OnePlus 6 sell a million (1,000,000) units globally in a mere 22 days? But then, others will point out; it was the first device from a new brand so was this figure actually impressive? After all, did not even the mighty Apple sell “only” 1.4 million units of the iPhone in its first year? And if it was that low a number, why was the company’s VP tweeting about it?

The truth, as always, is somewhere between all these extremes and we will not really know until we have detailed figures (and even then, there will be debate aplenty). What we can however say is that this is definitely a significant number, even though Jai himself often insists “It is not just about numbers, you know!” Seven hundred thousand might not seem too large a number on its own (especially in an industry which talks in millions), but it becomes significant because of the cross segment of price segments which it affects. Although Poco might have overtly targeted the OnePlus 6 (and later the 6T) with its campaigns, as we had pointed out in an earlier article, the phone’s pricing (which initially began at Rs 20,990) put it literally in the line of sight of anyone buying a phone from Rs 17,500 and above. Yes, the OnePlus 6/6T were its most prominent targets but also on the horizon were the new Moto G devices, the Nokia 7 Plus, the Samsung A series and a whole host of others. Thanks to its combination of processor, camera, battery, and of course, the price, the Poco F1 had a great chance of favorable comparison with just about any device out there.

And judging by those numbers, it has managed to do that.

Yes, seven hundred thousand is an odd figure, and almost a third off a million, which many insist is THE most important figure when it comes to sales. And yes, the OnePlus 6 hit that in under a month, but then that company too had taken three months to hit the million mark with the OnePlus 5 and OnePlus 5T. And this when it was an established brand with considerable equity. So if the F1 did about two-thirds of those numbers in the same time, that’s not too bad an achievement. Yes, Poco does come with Xiaomi’s name behind it and a remarkably lower price tag, but it still remains a relative unknown and mentioning it still elicits a few blank glances. For all the staggering value for money it offers, the Poco F1 remains a relatively unknown quantity even compared with the likes of other newcomers like Realme. That is because it too has stuck to Xiaomi’s “more word of mouth and community appeal rather than flat-out hard sell advertising and marketing” strategy. Xiaomi itself has released other products in this period, so it has not exactly been able to focus on the F1 after the initial period.

POCO means little in Spanish. Glad to see the POCO community has become so big globally in a matter of months. 🙏

No, we do not have concrete figures but executives from a number of companies have told us that the F1 was making its presence felt (and in places other than the one mentioned in the first sentence of this article) mainly because if it got into people’s line of vision, it generally ended up looking good in comparison, because of its price to specs ratio. The device’s surprisingly good performance in a high profile blind camera test has also got it more attention. The only brand that has managed to make as many inroads as Poco in the second half of 2018 in India, evidently, has been Realme, but it is believed to have spent significantly more (again unconfirmed), and also has been fighting in a lower price segment, where numbers are higher, although its own supporters will point out that Realme has sold more numbers solely in India, unlike Poco’s numbers, which are global ones.

So where does that leave the Poco F1 after three months and 7,00,000 users? It is not the crazy runaway hit that many had predicted it would become but to be honest; it would have needed a miracle and a massive marketing budget to be that. Even the first OnePlus One device took almost a year to hit the one million mark. Now, we do not know when the F1 will hit that mark, What it definitely has managed to do is, however, get noticed not just by the geeks, the media and consumers. But its competitors too.

Manu Jain or Jai Mani are unlikely to mind that, really.

It is not always about numbers, you know.

Was this article helpful?
YesNo
TechPP is supported by our audience. We may earn affiliate commissions from buying links on this site.
Read Next
With Football Manager 2023 Touch, Apple Arcade finally has its “killer ...
#analysis #Opinion #Poco #Poco F1 #Pocophone F1 #xiaomi