The streaming wars have led to a series of tech giants, in the past year or two, introduce their own video platforms including one from Apple which is expected to arrive this year. But while it may seem Amazon has already entered and established itself in the game with Prime Video, it has today announced another video streaming service through its subsidiary — IMDb. 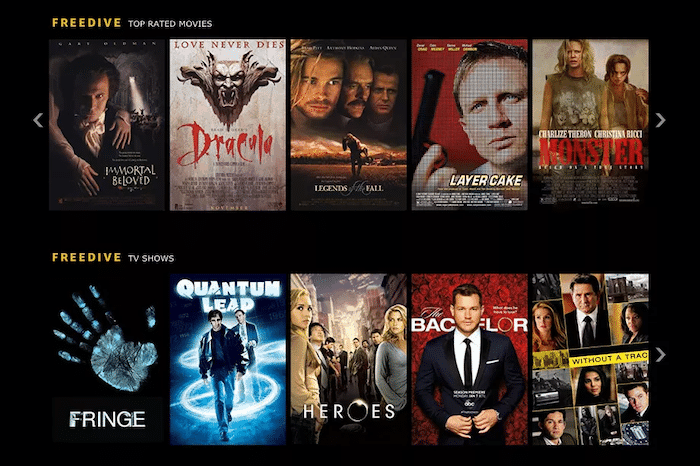 Yes, IMDb, the website you are familiar with for movie ratings and facts, is entering the movie streaming business with a new service called FreeDive. As the name suggests, IMDb FreeDive is free for everyone and instead of subscriptions, relies on periodic advertisements. It offers both TV shows and films but the collection, for now, isn’t as expansive as others. It mostly houses content that is at least a couple of years old like Momento, The Bachelor and IMDb’s own Originals such as The IMDb Show. In addition, it comes with X-Ray, the IMDb-powered service that educates you on various details about the title’s cast, soundtrack, and more while you’re watching it.

IMDb Freedive is also currently limited to the United States and can be streamed on a bunch of platforms including mobile, desktop or on Fire TV devices. To get started, all you need to do is head over to Freedive, log in with your IMDb or Amazon account and that’s it.

While the presence of two movie streaming services seems odd at first, IMDb Freedive primarily makes sense for Amazon’s hardware sales. The company is simply shifting the resources it can to an ad-supported platform for people who are not Prime subscribers which in a lot of ways is similar to YouTube’s Free to Watch section and Roku services.

Speaking on the launch, Col Needham, Founder, and CEO of IMDb said, “Customers already rely on IMDb to discover movies and TV shows and decide what to watch. With the launch of IMDb Freedive, they can now also watch full-length movies and TV shows on IMDb and all Amazon Fire TV devices for free. We will continue to enhance IMDb Freedive based on customer feedback and will soon make it available more widely, including on IMDb’s leading mobile apps.”

Was this article helpful?
YesNo
TechPP is supported by our audience. We may earn affiliate commissions from buying links on this site.
Read Next
Looking for show or movie recommendations? Here’s WhatToWatch at your s...
#imdb #IMDb Freedive