48 megapixels. Those have been the words (and digits) reverberating around the world ever since Xiaomi announced its Redmi Note 7. Yes, the phone did have its share of features – an all new glass design, a Snapdragon 660 chipset, and so on – but all the attention was really focused on the camera. And its massive megapixel count. And knowing the company, I am sure that is exactly what Xiaomi wanted.

For, in some ways, the Redmi Note 7 represents perhaps a crucial stop in Xiaomi’s journey back to phone camera supremacy. 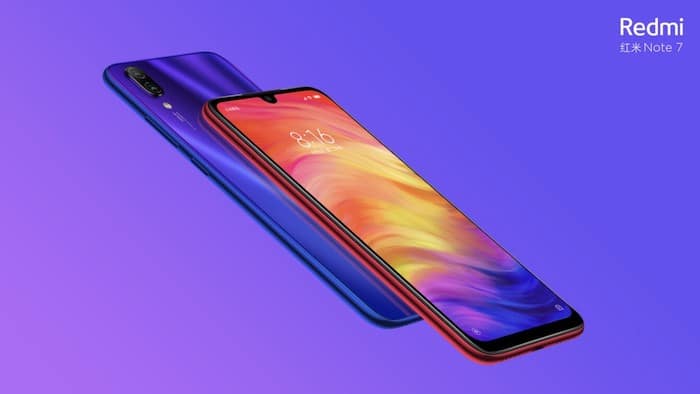 When Xiaomi first came into the Indian phone market, one of its strongest points was the camera its phones carried. In those days, it was rare to see even an average (let alone exceptional) camera in the budget segment. In this scenario, we have devices like the Mi 3 and Mi 4, the Redmi 1S and Redmi 2 and the Redmi Note, all of which sported very good cameras indeed. The competition honestly had nothing quite in the same range to offer. I remember executives from Micromax and Motorola (both of which were considered major players in the budget segment in 2014-15) conceding that they had no idea how Xiaomi has squeezing that sort of camera performance from its devices at those price points – the Redmi 1S outgunned the mighty Moto E purely on its camera performance.

And then it all seemed to go wrong.

Somewhere around mid-2015, there was a general feeling in the industry that while Xiaomi had significantly upped its battery management game and indeed the general design quality of its devices, it might have missed a trick or two in the camera segment. It was not as if Xiaomi devices had BAD cameras – no, they still ticked most performance boxes – but it was just that they seemed to be losing a fair deal of ground to the competition. On the higher end, OnePlus seemed to have an edge and even in the mid-segment, devices from Asus, Motorola, Honor and Lenovo seemed a notch above what Xiaomi was delivering in terms of camera performance. Even the camera on the flagship Mi 5 was initially a bit of a disappointment, although a few software updates perked up its output later on. Xiaomi also missed the selfie bus initially in India, ceding vanity snapping ground to the likes of Oppo and Vivo. We have never really had any clear explanation for why this happened – some say it had to do with a change of sensors, others claim that it was caused by processor changes – but happen it did. Suddenly, Xiaomi device cameras were good enough, rather than being exceptional.

The company’s own approach to this dip in quality seemed confusing. It still insisted on comparing the camera on every device it released with other flagships, the demo shots always comparing more than favorably with what the competition offered (hey, they WERE demo shots). In the case of the Redmi Note 3, the company even issued a booklet with photographs taken using the phone to highlight its potential. Unfortunately, at a briefing a few months later for the Redmi Note 4, it then went right ahead and said that in the new device, it had addressed one of the few shortcomings of the Redmi Note 3 – erm, ahem, the camera. “They will say the camera is best in class, and then six months later come with a device that they say addresses the camera issues in the previous device,” a colleague of ours remarked wearily after one briefing. Xiaomi began 2017 in India as a company whose phones were solidly designed, had reliable software and great battery life (the 4000 mAh battery had well and truly arrived), but whose cameras were just about decent enough. That trend seemed set to continue with the Redmi Note 4 and the Mi Max 2, both of which won points for design and battery life but did not win back any camera ground. Even the high profile Mi Mix 2 was criticized for its camera performance, which many felt made it lose out to the OnePlus 5. 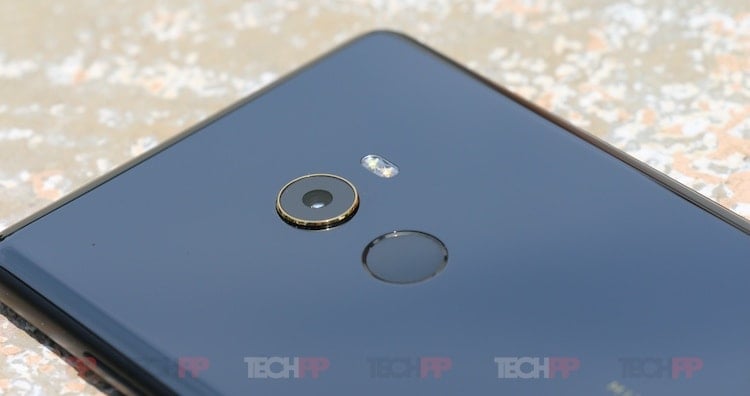 There were, however, indications that Xiaomi was working on getting its camera mojo back – the low priced Redmi 4A had a surprisingly good camera, although it sold more because of its super affordable price tag. The first real signs that Xiaomi was getting back into the camera game became visible in the second half of 2017 when the company launched the Mi A1. The phone was part of the Android One initiative (reviving it to an extent), but there was no mistaking its highlight – the dual cameras on the back. The company also went into publicity overdrive to push the camera of the A1, and for once, reviewers agreed that the phone indeed took very good pictures. As the year came to a close, Xiaomi also released the Y series targeted at selfie lovers, again backed by a persistent social media campaign. Interestingly, this was also the time when Xiaomi suddenly emerged as India’s leading smartphone brand – laying siege to (and indeed beating) the mighty Samsung.

But if the closing months of 2017 saw Xiaomi start throwing a few jabs in the camera fight, 2018 saw it land some very heavy blows indeed. The year started with the Redmi Note 5 Pro, which the company promoted as a camera beast with its dual cameras – critics were divided as to whether the cameras were good enough to label the phone a “camera beast” but there was a board consensus that the cameras were definitely very good indeed. They were more than good enough to hold off competition from the likes of Nokia, Asus and Motorola – for the first time in almost three years, two of the best camera phones in the mid-segment were from Xiaomi. Then came the Mi A2 in the latter half of 2018, with excellent dual cameras (both with large f/1.7 apertures), pretty much laying a new benchmark for phone cameras in the sub-Rs 20,000 segment – no one in the audience laughed this time when the phone’s camera performance was compared with devices that cost twice or thrice as much. Xiaomi was back in the camera business. 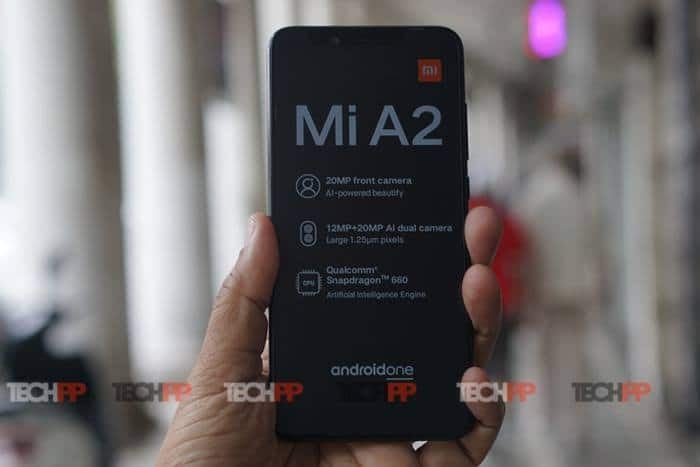 If further proof were needed of this, the Poco F1 and the Redmi Note 6 Pro both provided it in spades, adding a fair deal of software magic to some very good hardware muscle – the Poco F1 shocked a lot of people by claiming one of the top spots in a very high profile blind phone test. The brand was also a hit in selfie land with the Note Pro devices having very good selfie cameras and the Y series doing well. As 2018 came to an end, Xiaomi was holding its own in the camera department, with some of the best cameras in three critical phone segments – sub Rs 30,000 (the Poco F1), sub Rs 20,000 (the Mi A2), and sub Rs 15,000 (the Redmi Note 6 Pro). All this against some very formidable competition, which has also been upping its camera performance – the Poco F1 actually outgunned the OnePlus 6 and Nokia 7 Plus (and even beats the Nokia 8.1, as per this author) and the Mi A2 and Redmi Note 6 Pro have seen off everything that Asus, Realme, Vivo and Honor could throw at them.

And this is not an Indian phenomenon – the Mi 8 and the Mi Mix 3’s cameras have received overwhelmingly positive reviews, although neither has been seen officially on Indian shores. 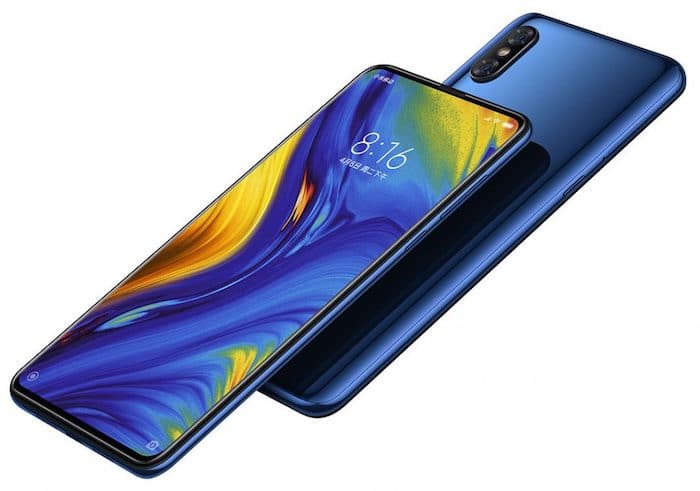 And now comes the 48 megapixel camera toting Redmi Note 7 (and 7 Pro), which if rumours are to be believed will deliver some very impressive photography at prices that will not drain bank accounts of too much cash, leave alone bodies of kidneys. Of course, these are early days. We have more than ample proof of how megapixels alone cannot deliver great photographs – although as the Mate 20 Pro and THAT Lumia 1020 showed us, they can sure make a difference if utilised effectively. Even if it does not set photography on fire, the Redmi Note 7 certainly will redefine user expectations from mid-segment camera phones for a while at least – “but THAT camera has a 48 megapixel sensor” is a nice place to be in. Just ask any of Xiaomi’s rivals, some of whom are already working on strategies to offset that device.

So has Xiaomi got well and truly back in the phone camera game? We cannot say for sure – hey, we have not extensively used the Mi Mix 3, the Mi 8, leave alone the Redmi Note 7 – but given what we have seen from the Mi A1, Mi A2, the Poco F1 and the Redmi Note 6 Pro, we would say that the Chinese brand is a contender once again when it comes to cameras.

Was this article helpful?
YesNo
TechPP is supported by our audience. We may earn affiliate commissions from buying links on this site.
Read Next
NothingOS Made Me Realise How Much Overrated Pixel UI Is
#camera #Opinion #Photography #Redmi #Redmi Note 7 #xiaomi