Apple launched two expected and an unexpected iPhone in 2018. The first two iPhones were in line with everything that one associates an iPhone with – the features, the price, and the colors. But the other iPhone was nothing like any mainstream iPhone, at least in terms of price and… colors. Yes, we are talking about the more affordable X in the market, the iPhone XR. While some have already designated it as the iPhone that is failing the Cupertino tech brand, Apple itself has not given up on the device just yet. The company in a new commercial for the device is making “room for color”.

The one minute eight second long ad, titled “Color Flood” is basically a video where a LOT of people, dressed in solid colored jumpsuits (some in the colors that the iPhone XR is available in) running, jumping, and somersaulting (basically parkouring) around an empty town space to the sound of Cosmo Sheldrake’s “Come Along.” Towards the end, text on the screen comes up, “Make room for more color” followed by an iPhone XR and more text reading, “Liquid Retina Display.” It ends with “iPhone XR” on the screen followed by the company’s logo.

Apple being Apple did add a clever bit to the ad where people in purple jumpsuit jump out of a van and the plate number of the van reads, “I-XR0941”. How is this clever? Well, the number plate of the van spells iPhone XR and 9:41 AM, the time on every iPhone’s display in presentations. 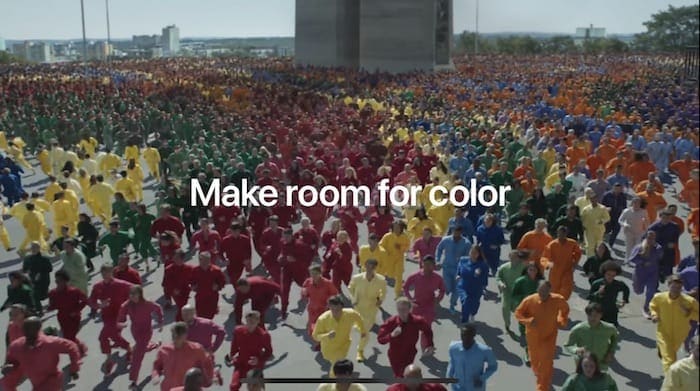 That said, we think, it is all that is clever in the ad. From the first second to the very last one, the ad does literally nothing for the product. The video could frankly be an ad for anything: jumpsuits, crayons, cameras, TV, why controlling population is important…

It is not till the very end when that screen turns into the display of an iPhone XR that we realize that it is an iPhone XR ad. But then, the ad at the end says, “Liquid Retina Display” and we get confused all over again. Is the ad highlighting the number of colors available in an iPhone XR or is it highlighting how its Liquid Retina display adds more color to your viewing experience? Or both?

Whatever it is trying to achieve, we think it fails to hit the mark. If the ad is about adding more color to your phone in terms of design then we think it is simply barking up the wrong tree because there is no scarcity of colored bodies in the Android zone. And ahem, let us also not forget that the other iPhones themselves do not come in too many colors. If it is about the display on the iPhone XR being special, then does it mean that the displays on the iPhone XS and XS Max do not have the same range of colors?

So basically, we are left wondering what the real purpose of the ad is. A group of people running around in solid colored jumpsuits can catch attention. And it does. But that’s pretty much it. We also think the ad is unnecessarily long, even though its production values and sound are excellent. Looking at people running and jumping, for a minute, only to get a smartphone screen at the end did not make a lot of sense. 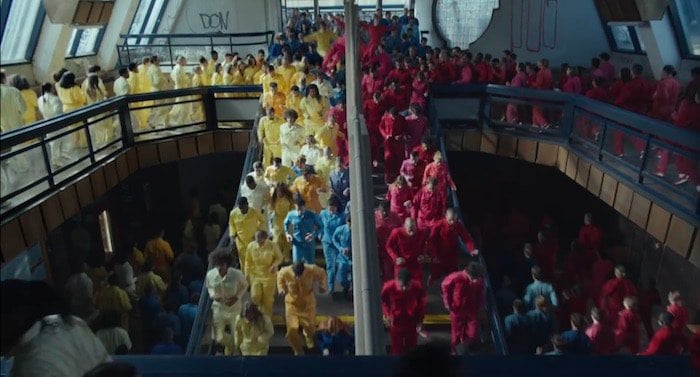 Which is honestly a little disappointing, coming as it does from Apple, a company that has attained near iconic status when it comes to advertising and is considered by many to be the best in tech advertising. Unfortunately, this time around, we could not really understand what the ad was about. All of which makes this definitely a disappointing ad start to the year.

Make room for colors, Apple?
We would love to.
Just make a better ad for it. Please.

Was this article helpful?
YesNo
TechPP is supported by our audience. We may earn affiliate commissions from buying links on this site.
Read Next
Alert! You’re Hiding Sensitive Information From Your Images on iPhone W...
#apple #Apple iPhone XR #Tech Ad-ons