Continuing the trend of releasing a smartphone every six months, Sony has today announced the Xperia 1 at the MWC in Barcelona. The device is a follow up on the previous flagship from the company, the XZ3, and to avoid any confusion in the name, the company is calling it the Xperia 1, instead of the rumoured name, the XZ4. Some of the advanced upgrades with the new device include a 21:9 CinemaWide Display and a 4K HDR OLED display. Sony claims it to be the world’s first smartphone with a 6.5-inch 21:9 CinemaWide 4K HDR display. 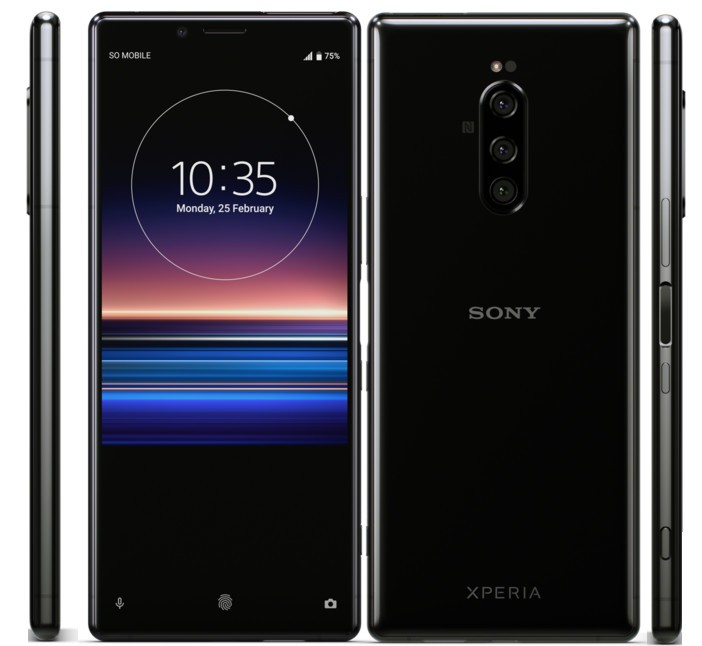 The Xperia 1 features an eye-catching and distinguishing 6.5-inch (3840 4K HDR ultra-tall CinemaWide display with a 21:9 aspect ratio and Gorilla Glass 6 protection on top. Under the hood, it is powered by a 7nm octa-core Qualcomm Snapdragon 855 SoC, along with an Adreno 640 GPU, coupled with 6GB of RAM and 128GB of internal storage (expandable up to 512GB via microSD card). In terms of other hardware, the device features a side-mounted fingerprint sensor for authentication, USB Type-C  for data transfer and charging, and a 3300mAh battery to power up the device. It also features NFC, Bluetooth 5.0, stereo speaker with Dolby Atmos, and runs on Android 9.0 Pie out of the box.

In terms of optics, the Xperia 1 sports a vertical triple camera set up on the rear with a 12MP Exmor RS sensor with f/1.6 aperture and Hybrid OIS/EIS, a secondary 12MP sensor with f/2.4 aperture and 135° ultra wide-angle, and a 12MP telephoto lens with f/2.4 aperture, 2x optical zoom, and 960 fps Super slow motion. On the front, it has an 8MP front-facing camera with f/2.0 aperture and 84° wide-angle view for selfies. The Xperia 1 comes has a Creator mode that ensures consistent and natural colour reproduction so that the Movies and TV Shows look natural and real, just like the creator wants them to be.

Was this article helpful?
YesNo
TechPP is supported by our audience. We may earn affiliate commissions from buying links on this site.
Read Next
Sony WH-1000XM5 Review: Bettering the Best
#MWC 2019 #Sony #sony xperia 1