At an event today in New Delhi, Realme has officially launched the much-awaited Realme 3 smartphone. Some of the key highlights of the new device include a unibody-design with gradient coloulrs on the back, improved camera with Nightscape and Chroma Boost mode, and a bigger 4230mAh battery. Realme has priced the device, starting at Rs 8999, which is interesting considering the price of newly launched Redmi Note 7. It would be worth watching out the battle between both the devices in the market, with both the companies adamant at providing a lot, at a lower price. 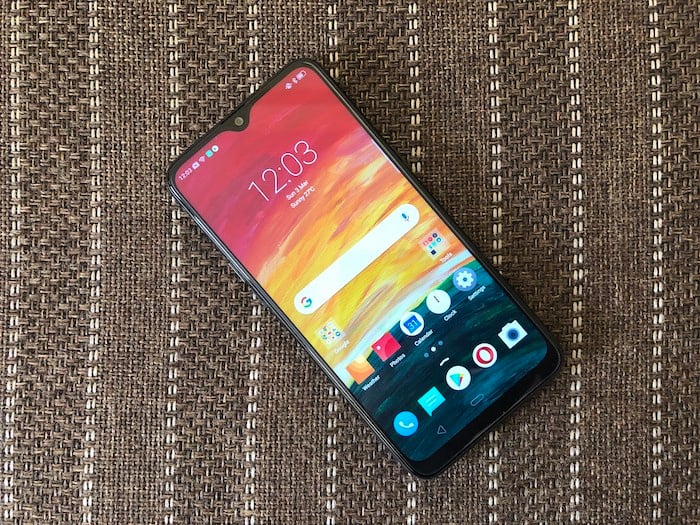 The all-new Realme 3 comes with a 6.2-inch display with a dewdrop notch on the top, at an aspect ratio of 19:9 that incorporates the front camera, light sensor, distance sensor, and earpiece. Realme says that it has let go of the old approach of a sandwich-like structure of screen + middle frame + back cover and has instead come up with an injection moulded unibody to achieve a better feel in hand and visuals. It has also hopped on to the gradient-finish bandwagon, like most of the other smartphone manufacturers, and included a gradient-finish on the back that gives an impression of changing colours when light falls on it at varying angles. 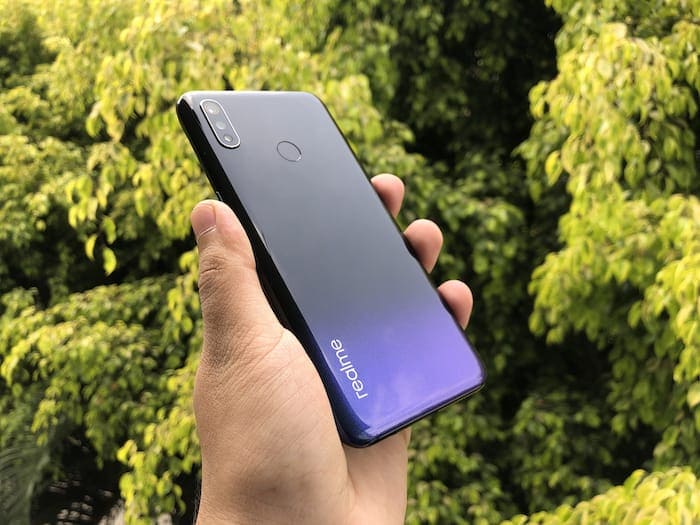 Under the hood, the Realme 3 is powered by a 2.1GHz Octa-Core MediaTek Helio P70 chipset (based on the 14nm FinFET process), along with the Mali-G72 MP3 GPU, paired with 3GB or 4GB of RAM and 32GB or 64GB of internal storage (expandable up to 256GB using a microSD card. For authentication, it uses both, fingerprint scanner and facial unlock to allow for easy access. The device runs on ColorOS 6.0, based on Android Pie, and an impressive 4230mAh battery to power it all.

In the camera department, the Realme 3 sports a dual camera setup on the rear, with a 13MP (f/1.8) primary sensor and a 2MP (f/2.4) secondary sensor. To improve the image quality, it also comes with Nightscape – that uses AI, multi-frame synergy and the anti-shake algorithm to significantly improve the imaging quality in low-lighting conditions and Chroma Boost Mode – that uses AI to intelligently recognise and optimise the output image on different imaging fronts. 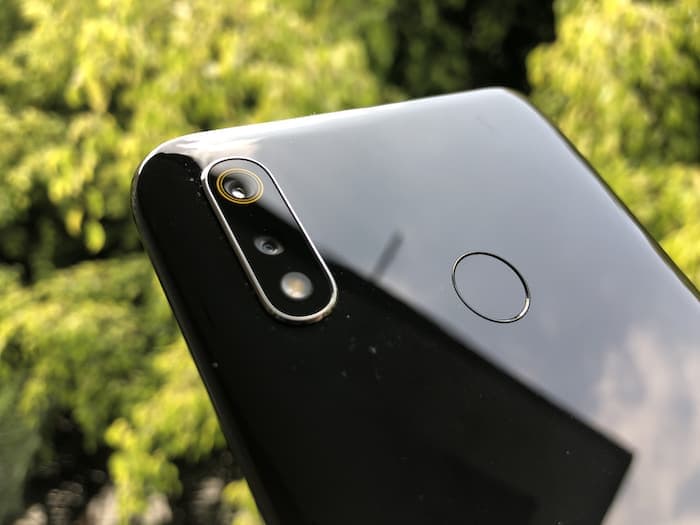 On the front, the Realme 3 has a single 13MP AI camera (f/2.0) for selfies, with AI beauty – that uses Realme’s SelfiePro algorithm to precisely restore different facial details and Group selfie beauty mode – that automatically identifies genders in a group to apply the suitable modifications on the face. In a nutshell, the front camera on Realme 3 utilises both the modes to provide a well-optimised image.

While we work on our first cut of the device, a few things that we find interesting about the Realme 3 is that, with a powerful Helio P70 chipset under the hood, the overall performance of the device is expected to be quite fast and smooth, with no lags or hiccups in the gaming experience. In addition to that, a 720p display on the phone, significantly reduces the ask on the chipset, with comparatively fewer pixels to push than the other high-definition panels. Unlike some of the other smartphone manufacturers that are trying to include the Widevine L1 certification on their smartphones, the Realme 3, unfortunately, does not support it. A lack of Widevine L1 certification means that you cannot stream HD-quality content across various streaming services on your Realme 3. On the other hand, talking about the positives, the Realme 3 comes with support for Google Camera mod out of the box, which is plus for those who prefer Google Camera over the stock camera app on their smartphone. To know more, check out our first impressions on the Realme 3.

The Realme 3 comes in two gradient-finish colors: Dynamic Black and Radiant Blue and is priced starting at Rs 8999 for the 3GB + 32GB variant and Rs 10999 for the 4GB + 64GB variant. In terms of availability, the Realme 3 is expected to go on sale starting March 12 mid noon with Rs 500 of instant discount. The company has also launched three new cases for the Realme 3 in three different colours: Yellow, Gray, and Diamond Blue colour, priced at Rs 599.

Was this article helpful?
YesNo
TechPP is supported by our audience. We may earn affiliate commissions from buying links on this site.
Read Next
Realme GT Neo 3T Review: An Easy Recommendation but Not at MRP
#Realme #Realme 3