The industry standard that establishes specifications for connectors, cables, and protocols for communication between a device and its peripherals, USB (Universal Serial Bus), has announced a new standard, referred as ‘USB4’ (not USB 4!) As claimed, the new standard is capable of delivering data transfer speeds of up to 40Gbps, which is around twice the speed offered on the current standard, USB 3.2. 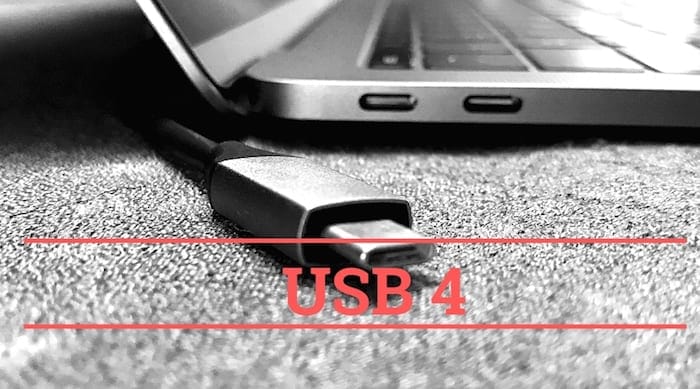 Firstly, coming to the name, with the new standard, USB Promoter Group has decided to change the naming scheme and get rid of the space between the name ‘USB’ and the ‘version number’. And so the name ‘USB4’. This change in the naming scheme of the new standard follows the vision of the CEO, Brad Saunders, who wishes to establish ‘USB4’ as a brand and take the focus off of the number game. Unlike ‘USB 3’, which has various versions that offer some-or-the other benefits over their counterparts, in terms of transfer rates or power delivery. Whereas, USB4, on the other hand, is expected to include everything under itself. The idea is to have a simpler naming scheme to make it easy for non-techy people to understand and make informed decisions.

What is USB 4, and its connection with Thunderbolt?

USB4 is essentially USB-C with Thunderbolt speeds. Which means you can only enjoy faster speeds with Power Delivery over Type-C ports. And in case, you connect to USB 3.1, a certain level throttling can be noticed in the transfer speeds and power delivery. Also, irrespective of that, all USB4 connections will support USB-PD (Power Delivery), that would allow the devices to be charged over USB. In a nutshell, the bandwidth of the USB is expected to be doubled, allowing for seamless power delivery with multiple data and display connection implementation.

In case you are unaware, Thunderbolt 3 is a hardware interface created by Intel, in collaboration with Apple for connection between its devices and external peripherals. It has now been made available to the USB Promoter Group to allow them to integrate it with USB4, which would allow faster transfer speeds and power delivery. Earlier, Intel was in the news, soon after it announced that it had extended the support for Thunderbolt 3 to USB Promoter Group. By doing so, devices with USB 4 ports would be able compatible with Thunderbolt 3 devices, and vice-versa. However, there’s a catch. Despite the fact that the standard is openly available, the implementation of Thunderbolt 3 is largely dependent on manufacturers, and also, since it’s not the required compatibility, a lot of manufacturers might even not implement it at all.

As claimed, USB4 can provide transfer speeds of up to 40Gbps. Needless to say, that speed is largely dependent on – the device’s hardware, and the cable used for the connection. Which is why different devices offer different transfer speeds. And so, apart from the 40Gbps speed, likely to be offered by the top-of-the-line devices with high-end cables, USB4 also offers 10Gbps and 20Gbps of speeds, which are likely to be present on the less-expensive devices. To put that speed into perspective, USB 1.0 offered up to 12Mbps, its successor – USB 2.0, provided up to 480Mbps, and the current standard – USB 3.2, delivers up to 20Gbps. 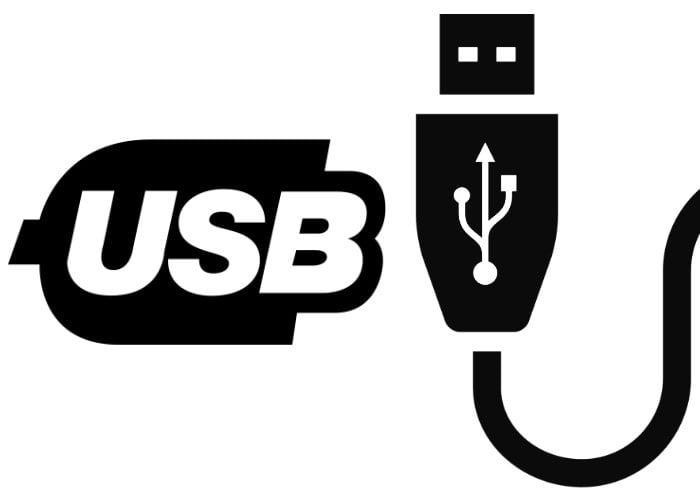 When can we see USB 4 devices?

According to the company, it is expected that all the in-depth details of USB4 will surface somewhere around the middle of the year. Which would be followed by a series of development over the next 12-18 months, with the first device expected to roll out in the second half of the year 2020.

Will USB 4 be compatible with older standards?

As has been the case with all versions of USB, the new standard, USB4, will also follow the path, and allow backward compatibility. What this means, is that, with USB4, you will still be able to connect to or use older versions of USB without any problem. Except for the fact that, with older versions, you would only end up getting the maximum speed offered with that standard, and not the typical 40Gbps, claimed to be offered with USB4.

Is USB 4 going to be expensive?

When it comes to mass adoption, the overall price of implementation can go down after a certain period of time. However, in the initial stages, the cost is expected to be much higher than the current standard, USB 3.2, but lesser than Thunderbolt. As of now, there’s no speculation on how much would it cost, so we might have to wait until there’s an official word from the group.

Best USB Hub for MacBook to Buy in 2022
Read Next

Thunderbolt 4: Rebranded Thunderbolt 3 with a few…
Qualcomm announces Snapdragon 720G, 662 and 460 chipsets…
How to Enable Support and Open HEIF and HEVC Files on…
Transfer Music between Streaming Services for Free on…
5 Easy Ways to Transfer Files from Android to Mac or…
PhoneTrans: a one-stop data transfer solution to help you…