After launching the Huawei P30 and P30 Pro at an event in Paris last month, the company has today officially launched the Huawei P30 Pro in India. The highlights of the device include a 7nm HiSilicon Kirin 980 chipset, optical in-display fingerprint scanner, and a 4200mAh battery with 40W SuperCharge and 15W wireless charging. Alongside the P30 Pro, Huawei has also launched the Huawei P30 Lite in India at the event. 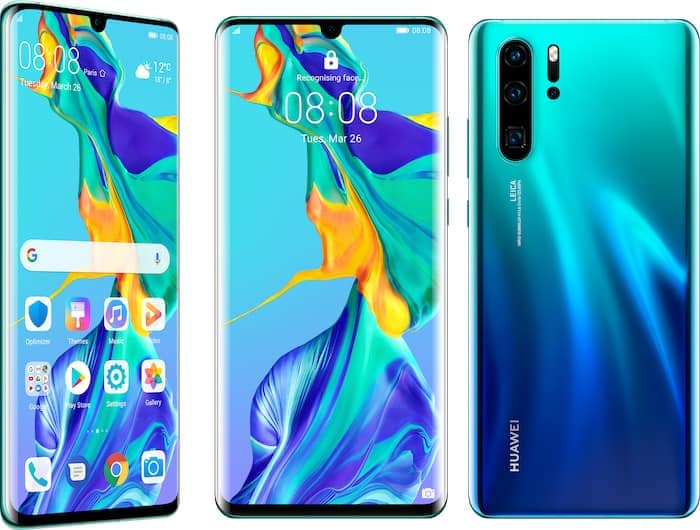 The Huawei P30 Pro features a 6.47-inch Full HD+ OLED display with 19.5:9 aspect ratio, 2340×1080 pixels screen resolution, and a dewdrop notch on the top. Under the hood, it is powered by a 7nm-based Octa-Core HiSilicon Kirin 980 chipset with Mali-G76MP10 GPU, paired with 8GB of RAM and 128GB of internal storage (expandable up to 256GB). The device comes with IP68 dust and water resistance and uses an optical in-display fingerprint scanner for authentication. It packs in a whopping 4200mAh battery with 40W SuperCharge and 15W wireless charging and runs on EMUI 9.1 based on Android 9 Pie.

In terms of optics, the Huawei P30 Pro sports a triple camera setup on the rear with a 40MP wide-angle lens with f/1.6 aperture, 20MP ultra-wide lens with f/2.2 aperture, an 8MP 5x telephoto lens with f/3.4 aperture. Additionally, it also comes with a ToF depth-sensing camera, flash, and color temperature and flicker sensor. On the front, the P30 Pro has a 32MP camera with f/2.0 aperture and AI HDR+ for selfies.

The Huawei P30 Pro comes in two colour options: Breathing Crystal and Aurora. It is only available in 8GB + 128GB RAM and internal storage variant and is priced at Rs 71,990. As for the availability, the P30 Pro will go on sale in India starting April 15 on Amazon and Croma outlets.

Was this article helpful?
YesNo
TechPP is supported by our audience. We may earn affiliate commissions from buying links on this site.
Read Next
Huawei FreeBuds 4i Review: A Well-Rounded ANC Performer for Its Price
#Huawei #Huawei P30 Pro