Apple and Qualcomm have agreed to come to a settlement in the ongoing legal battle with two of the biggest tech players in the world fighting it off. The development comes from Apple publishing a release on their website, highlighting the fact that the two companies have reached a licensing settlement. 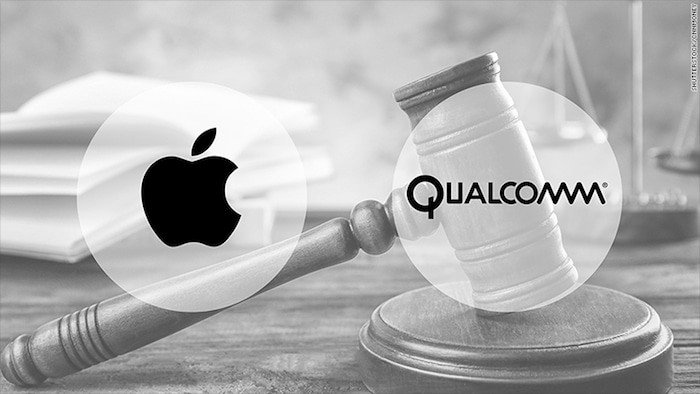 To jog up your memory, the lawsuit began in January 2017, with trials kicking off this Monday, in a federal court in San Diego. The basis of the lawsuit was the patent licensing practices, which according to Apple, included unreasonably high patent fees for smartphone modems. Due to this, Apple had to go with Intel for getting the required modems for its 2018 iPhone lineup.

As per the settlement agreement, Apple will be making a payment to Qualcomm of an undisclosed amount. Both the companies have reached a six-year global patent licensing agreement, which can be further extended to another two years. In addition to that, Qualcomm has agreed to supply chipset and related parts to Apple over a period of multiple years as part of the supply agreement.

Here’s what the settlement statements from Apple look like-

With the lawsuit now settled, it could be good news for Apple, especially because, with Qualcomm coming back into the picture, the chances of Apple getting 5G support on their upcoming devices has increased quite significantly. As with their existing partner, Intel, things have not been going fine with the 5G, and due to this failure of Intel to deliver modems early, Apple had to wait until the year 2020 to get going with 5G on their iPhones. In a nutshell, the settlement could mean that we could get to see Qualcomm’s modem on the upcoming iPhones.

As of today, ie April 17, Intel has announced that it has exited the 5G modem race for smartphones to focus more on 4G and 5G modems for PCs and smart home devices, along with broadening its 5G infrastructure business. Adding further, it said that it will continue to serve its existing 4G customers, but will no longer work towards building 5G modems for smartphones. To give you a background, Intel has been supplying its modems to Apple for a few years, until, the recent announcement of the settlement between Apple and Qualcomm, which might have provoked their decision.

“We are very excited about the opportunity in 5G and the ‘cloudification’ of the network, but in the smartphone modem business, it has become apparent that there is no clear path to profitability and positive returns. 5G continues to be a strategic priority across Intel, and our team has developed a valuable portfolio of wireless products and intellectual property. We are assessing our options to realize the value we have created, including the opportunities in a wide variety of data-centric platforms and devices in a 5G world”, said Intel CEO, Bob Swan, on the same.

Was this article helpful?
YesNo
TechPP is supported by our audience. We may earn affiliate commissions from buying links on this site.
Read Next
How to Convert WebP Images to JPG on Mac
#apple #Patent Wars #qualcomm