At IFA 2019, Huawei has unveiled its newest chipset lineup, the Kirin 990, which is the first flagship SoC in the world to come with integrated 5G. The chipset is all set to power Huawei’s upcoming series of smartphones like the Mate 30 series launching on September 19th this year. So, let’s dive in and look at some of the features of the new SoC in detail. 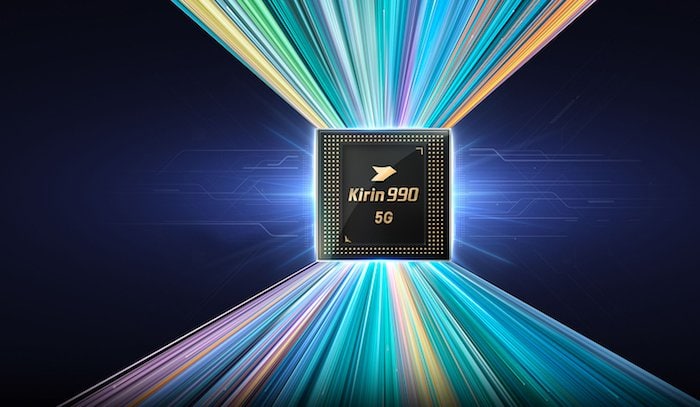 For the first time, Huawei is taking a dual-SoC approach with the Kirin 990. Instead of offering one chipset, it is offering two — the Kirin 990 with 4G connectivity and the Kirin 990 5G with both 4G and 5G connectivity. Albeit, as of now, there are very sparse adoption rates expected for 5G in the near future, Huawei is still pushing forward to get on the 5G forefront with its newest 5G chipset.

When stacked against each other, both chipsets share a lot of similarities and only differ in certain aspects, most of which have to do with the modem support, slightly higher clock speeds on the CPU, and a bigger NPU core. Among the two, the Kirin 990 5G is one of its kind and the only chipset currently in the market that can support both 4G and 5G networks in a single package and deliver data simultaneously for a better and stable connection.

The Kirin 990 5G is built using the Taiwan Semiconductor Manufacturer Company’s (TSMC) 7FF+ process with EUV, which allows it for a smaller footprint than the standard Kirin 990 chipset that is made out of the 7nm process (similar to the Kirin 980) and is slightly bigger in size.

Both chipsets share the same core configuration and feature two high-frequency A76 cores, two medium-frequency A76 cores, and four efficient A55 cores. The clock speed for the high-frequency cores peaks at 2.86 GHz, while for the medium core, it strikes in at 2.36 GHz, and finally, for the efficient cores, it sits at 1.95 GHz. The chipsets share the same cache found on the Kirin 980 chipset, with all four A76 cores having a 512kB L2 cache and the A55 cores having a 128kB cache each. 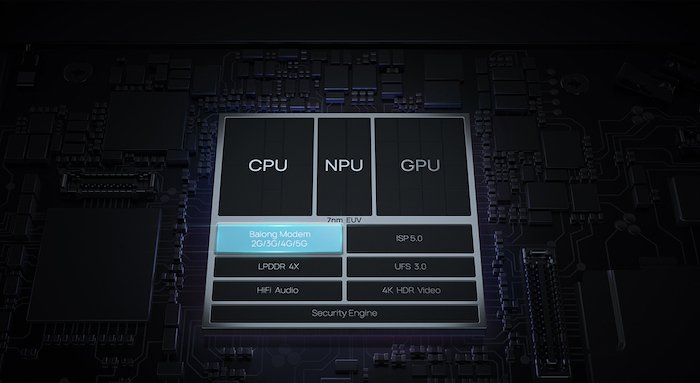 The Kirin 990 uses a 16-core ARM Mali G76 GPU with a lower clock, up from a 10-core G76 GPU, which enhances its performance significantly. The ARM Mali-G76 GPU used is the same GPU found in the last year’s chipset, except for a difference in the number of cores (16 cores over 10). Huawei claims that its chipset beats Qualcomm Snapdragon 855’s Adreno 640 GPU by around 6% in performance tests and 20% in energy efficiency.

When it comes to NPU, the Kirin 990 is Huawei’s first flagship chipset to feature its in-house DaVinci NPU architecture. Both chipsets feature a ‘small NPU’ to deal with always-on applications and a ‘big NPU’ for workloads that require higher resources. Huawei says both NPUs support 8-bit and 16-bit floating-point numbers, and are based on the same architecture, which comprises of three processing units for scalar, vector, and cube operations.

Apart from some of the differences between the chipsets mentioned above, the change in NPU cannot be overlooked. The Kirin 990 5G boasts double the number of NPU cores and has two ‘big’ cores and one ‘small’ NPU core. On the other hand, the standard Kirin 990 only has one ‘big’ NPU core and one ‘small’ NPU core. As a result, it could be possible that we see certain features restricted to the smartphone with the Kirin 990 5G chipset.

Although Huawei didn’t give out a lot of information on the 5G modem, it did cite that the Kirin 990 5G is the first full-band frequency modem that comes with support for both NSA (Non-Standalone) and SA (Standalone) architectures. It also shared that the modem speeds will be up to 2.3Gbps for download and 1.25Gbps for upload. And that, ML-based beamforming technology can support even faster speeds.

The new chipsets also aid the photography and videography performance, thanks to its fifth-generation image signal processor (ISP) that boosts the throughput by 15% while also reducing the power consumption. The ISP also offers improved noise reduction capabilities, up to 30% for images and up to 20% for video.

The Huawei Kirin 990 and Kirin 990 5G can be seen on Huawei’s upcoming Mate 30 series of smartphones which are slated to be announced on September 19, at an event in Munich, Germany. As for the competition, Qualcomm’s Snapdragon 865 is expected to launch in December this year at their annual Snapdragon Tech Summit in Hawaii. And Apple’s A13 Bionic will be launching next week in San Jose.

TechPP is supported by our audience. We may earn affiliate commissions from buying links on this site.
Read Next
Huawei FreeBuds 4i Review: A Well-Rounded ANC Performer for Its Price
#Huawei #IFA 2019 #Kirin 990 #Kirin 990 5G