If you ask a bunch of people what their biggest nightmare is, being disconnected from the internet is sure to take the top spot. You don’t want to be cut-off during a suspense scene while streaming your favorite show, right? Nor do you want your server to get timed-out during an intense game of PUBG. Especially in a country like India where power outages are frequent in some regions, it can get annoying to lose Wi-Fi connectivity. Cuzor, a homegrown brand from Bangalore seems to have a solution for it with a 12V UPS that can power your router or any such device for up to 5 hours when there’s no electricity. We have been using it for a little over two weeks now, and this little gadget has ended up being one of our worthiest investments. 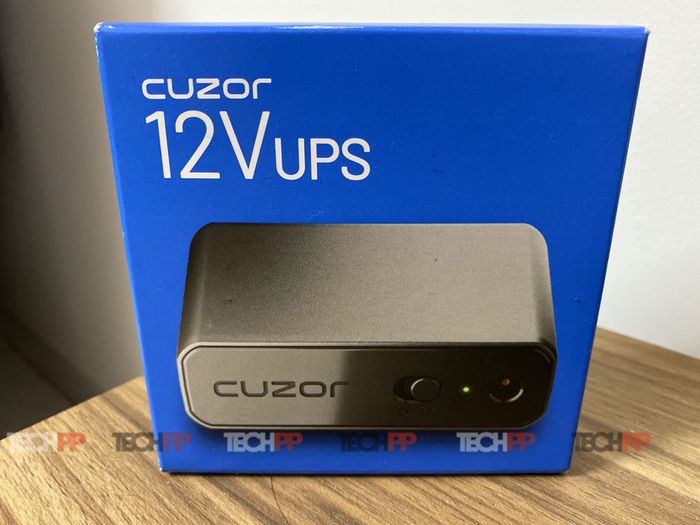 What exactly is the Cuzor 12V UPS?

Let’s put it this way. It’s essentially a power bank for your DC-powered devices like routers, security cameras, and others. It connects like a bridge between the device and its DC adaptor, so it’s always on. This helps with seamless switching between DC power and battery power with absolutely no lag/delay. The use cases are plenty. You could use it with your set-top-box, DVD player, modem, Wi-Fi router, security cameras, basically anything with DC input. We used it with our TP-Link Archer C50 Dual-band Wi-Fi router so our review will be based on this experience and battery backup we got with this setup. Your mileage could vary depending on the device you use it with. 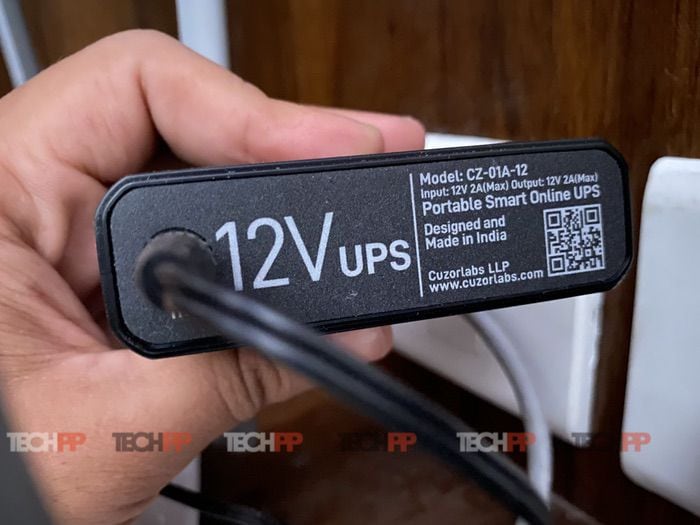 The UPS is always plugged into the socket, and your device such as a router will now connect to the UPS instead of the wall socket. This way, the UPS gets charged and since it supports pass-through charging, it also supplies power to the router simultaneously. It’s quite simple, but very effective, nonetheless. The form factor is small and handy, probably less than half the size of your router, so you don’t need extra space to store it. It also fits into the backpack easily so you can even carry it around with you.

There is a cable given within the box which is used to interface the UPS with your router. The adaptor of your router now goes into the UPS rather than the router directly. The UPS takes an input of 12V and can output up to 12V and 2A and has a battery capacity of 19Whr which at a rate of 12V converts to roughly 1500mAh, as that’s a metric most of us are familiar with. There’s a switch on the front to turn on/off the UPS and an LED indicator to show the status.

How well does it work?

To give some context, we tested the Cuzor UPS in an apartment which already has a generator backup for electricity. However, each time there is a power outage, there is a gap of about 30 seconds before it switches over to the generator. During this interval, all devices including the router turn off. Such a scenario is where the Cuzor UPS does a simple, yet splendid job. That 30s blackout is no longer present as there is absolutely no delay while switching over to the UPS. Video calls that previously got disconnected during this short interval of 30 seconds continued to run smoothly, thanks to the UPS. While using the UPS, there were several power-cuts but unlike before, it did not affect our workflow as the internet ran smoothly without any hiccups. 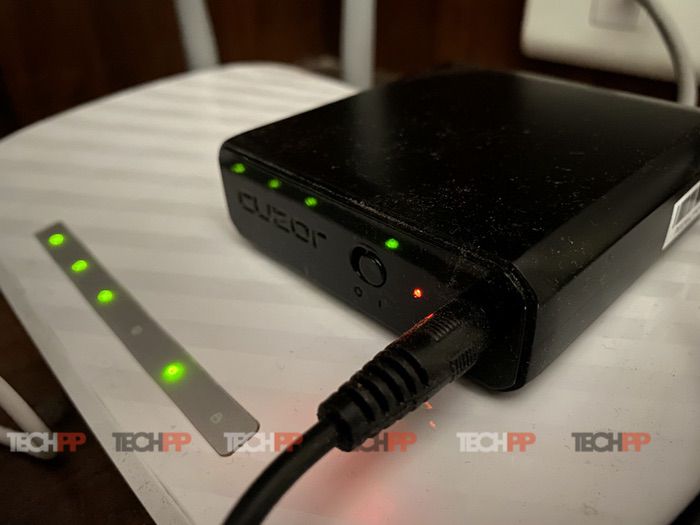 Cuzor claims that the UPS can power a device for up to 3-5 hours at a stretch and while we did not experience a power-cut for that long, we manually turned off the main supply to see how long the router can stay alive running on just the battery power from the UPS, and it lasted for a good 4.5 hours which is impressive. Do note that if the junction box of your ISP is also installed at your place, you will need to power that too in order for your internet connection to function, in which case the UPS powering your router won’t help.

We also tried hooking up the UPS to our Airtel Digital TV set-top-box and it worked fine. The battery backup, in this case, was a little short of 2 hours. Cuzor also mentions some key safety features like over-charge protection, zero-lag switching, deep-discharge protection, and thermal protection. The Cuzor 12V UPS is also designed and manufactured within India which is a nice initiative. 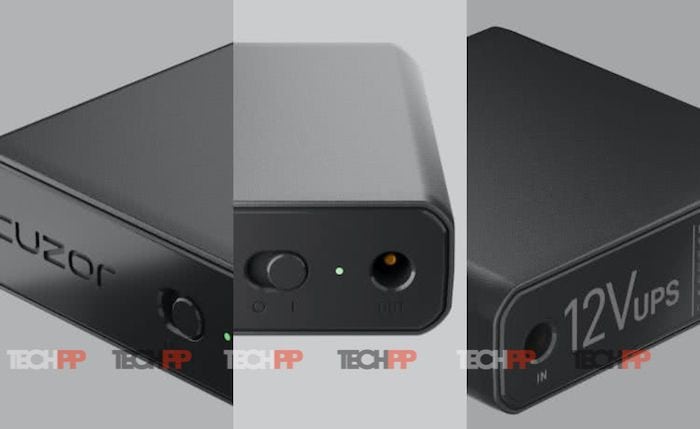 While the Cuzor 12V UPS cannot power larger appliances/devices like desktop computers, laptops, etc., it is extremely handy in situations where you need to be connected to the internet at all times. It’s a worthy inclusion to go along with your Wi-Fi router, and if your work/life revolves around the internet, or require non-stop security camera surveillance, this is a must-have for Rs. 1,799. Cuzor has done tremendously well to keep the size so small while not compromising on the security and yet keeping the price more affordable than most other 12V UPS devices in the market.