Suppose you’re looking for a Wi-Fi security camera. In that case, you probably know the basics: it offers live video streaming, can record and playback video, and has two-way audio with a speaker and microphone. Of course, what sets one camera apart from another are the details. For example, the resolution, field of view, angle of view, night vision capability, mobile features, and more. 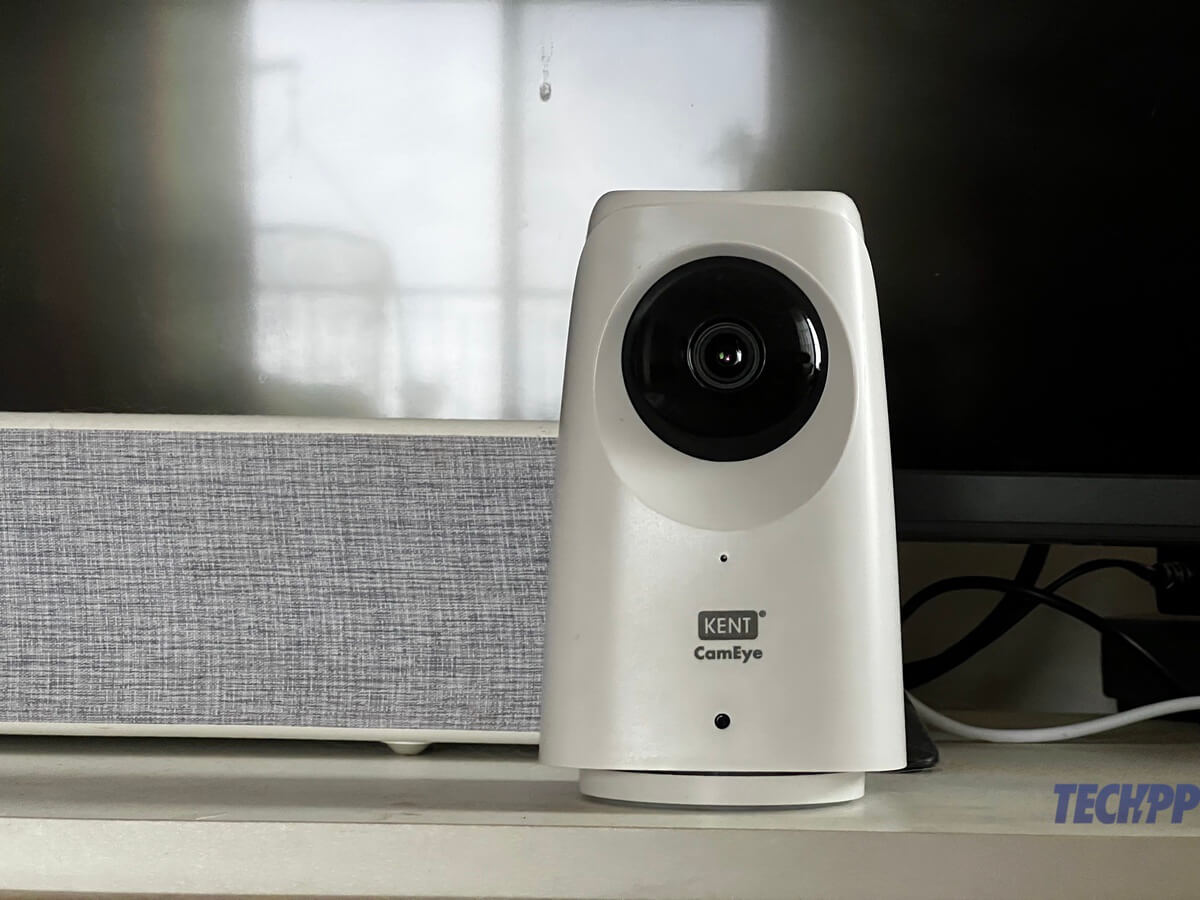 The Kent CamEye HomeCam 360 is a Wi-Fi security camera built for homes. It comes pre-loaded with an app that makes it easy to use. It is relatively low-cost, making it a great option for those looking for a quality home security camera.

Kent is primarily known for their water purifiers in India. Still, the company has expanded beyond that into kitchen appliances and Smart IoT products, including air purifiers, auto sanitizers, vacuum cleaners, and security cameras. Kent Cam has a whole range of camera products for home and office use.

The CamEye HomeCam 360 comes with all the bells and whistles you expect from a new-age smart security camera for homes, including event-based cloud recording. But at the current selling price of Rs 2,890 (MRP Rs 4,990), is it worth the price? Let’s find out in our Kent CamEye HomeCam 360 review.

The Kent CamEye HomeCam 360 Wi-Fi security camera has a USB port, a micro-SD card slot (up to 128 GB supported), and a 2-megapixel sensor with 1080p resolution. It’s a horizontal rotation range of 350 degrees and a vertical rotation range of 65 degrees. The field of view is 120 degrees horizontally and 95 degrees vertically. Six infrared LEDs provide visibility in the dark. 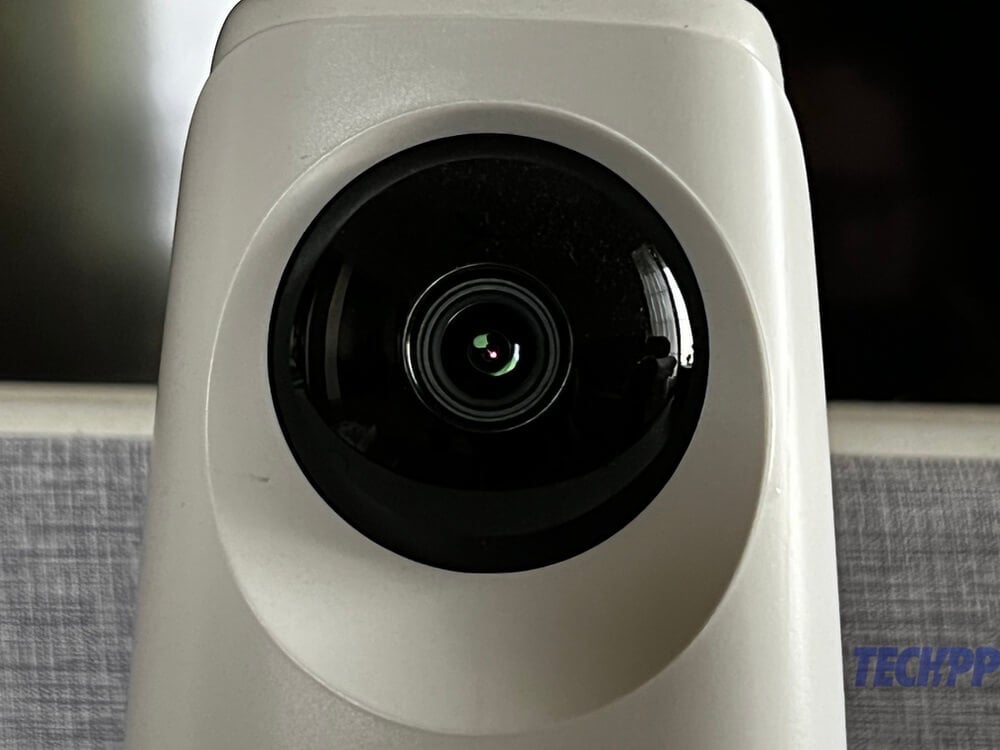 There are several installation options, such as tabletop, wall, or ceiling, but the wall mount must be purchased separately as it’s not included. Wi-Fi connectivity is limited to 2.4 GHz, one of the few limitations in the camera’s specs.

As for the design, Kent has opted for a simple but practical look, with the spherical camera mounted on a bell-shaped housing. This allows the camera to rotate almost 350 degrees horizontally, which is very practical for a home security camera. The microphone and speaker are on the back of the camera, and there is a status indicator (LED) on the front that shows the power and connectivity status of the camera. The bottom of the camera is rubberized and rotates on a solid base. This design allows the CamEye 360 to accommodate audio, video, and two-way communication functions. 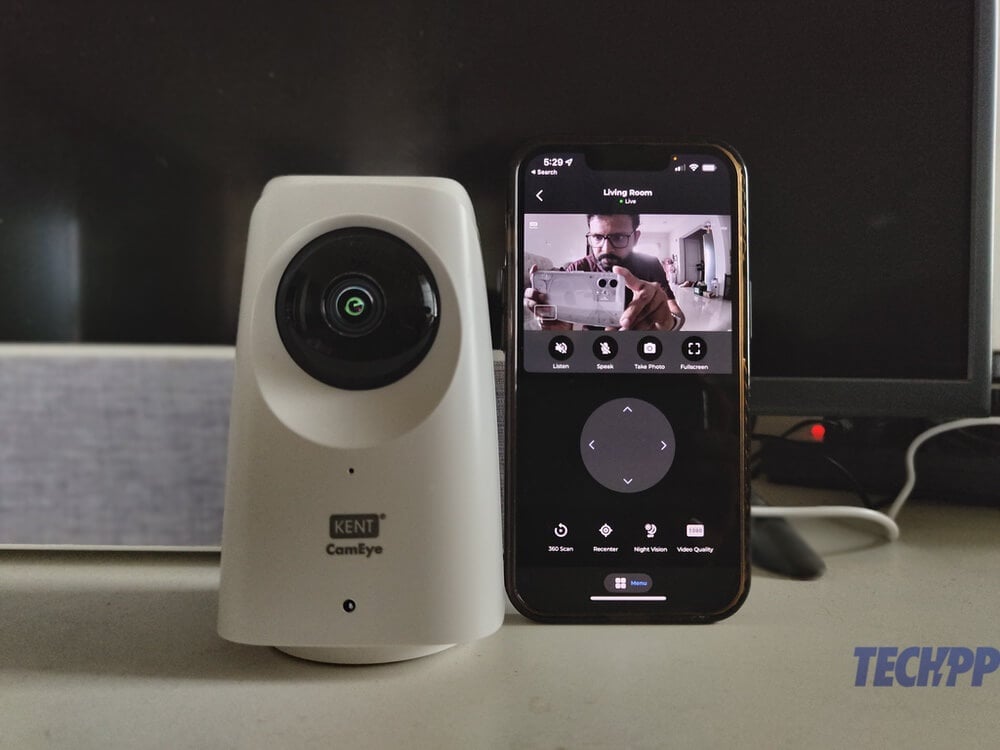 The Kent CamEye HomeCam 360 companion app is a great way to stay connected with your loved ones. Available for both iOS and Android, the app lets you control the camera angle and settings, activate the speaker and microphone, take a snapshot with a tap from anywhere in the app, and more.

This smart home security camera also uses handy features like two-way communication or snapshots to make your life easier. You can adjust the camera’s sensitivity settings to suit your needs. You can disable recording and live streaming based on your phone’s geo-location or at certain times to protect privacy. 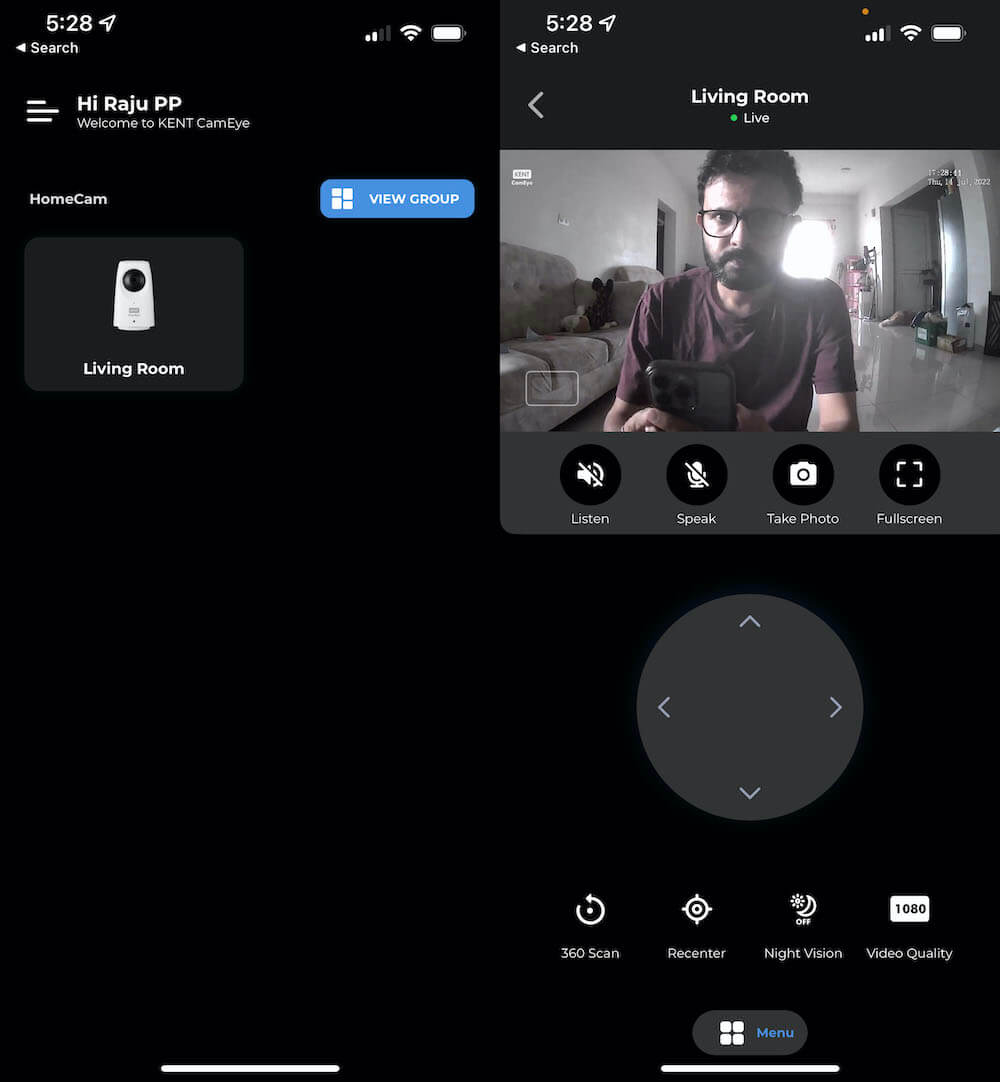 The D-Pad lets users quickly and easily move through the 360-degree camera view. Kent Camera 360 can upload event-driven footage to the company’s cloud platform, so you’ll be able to view live feed or stored footage without having to check the microSD card recording.

You can set specific activity zones for motion detection and be notified immediately. The app sends 12-second video snippets as alerts even when it’s closed. For example, I had my front door set as an activity zone so I would not be alerted every time my dog got up from the couch. But yes, there is a separate setting for motion detection and human detection, which is pretty handy if you have pets at home and do not want false alarms.

The built-in alarm can go off when it detects an intruder; believe me; it can get very loud! Fortunately, the volume of the siren can be adjusted. 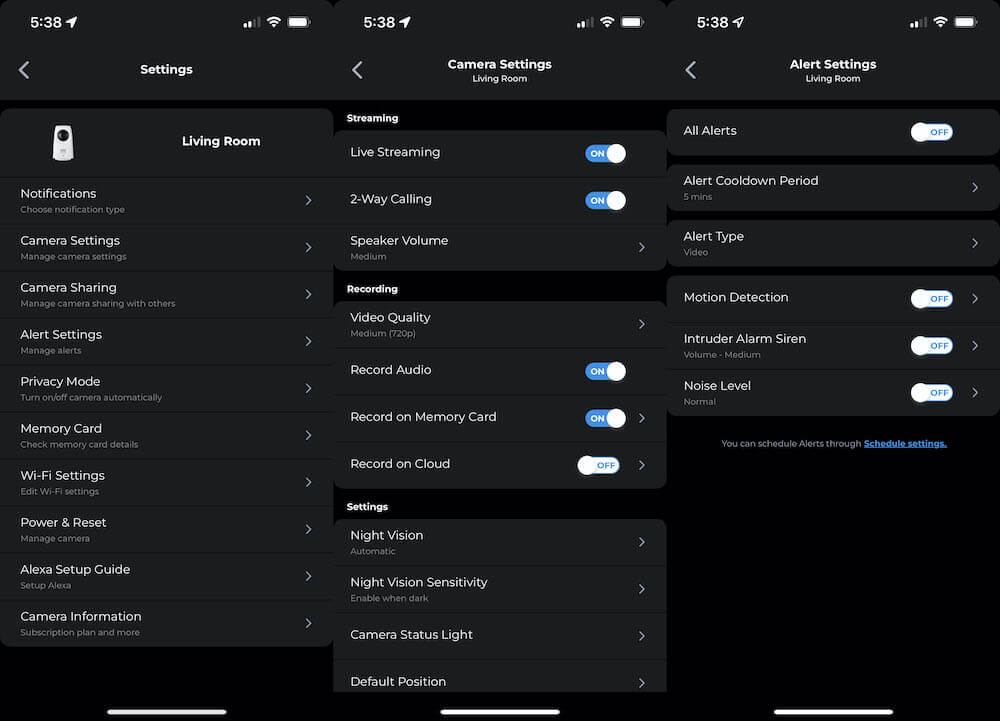 If you have a baby at home, the Kent CamEye HomeCam can automatically rotate to follow the baby (or a puppy). Basically, it also acts as a baby monitor. A small but useful feature is the ability to return to the default position with one click in the app, something I have missed on some home cameras in the past.

The Kent smart camera is compatible with Amazon Alexa, adding to the home’s smart quotient. I was able to pair it with my Echo Show in the office to check the live feed just by asking Alexa. 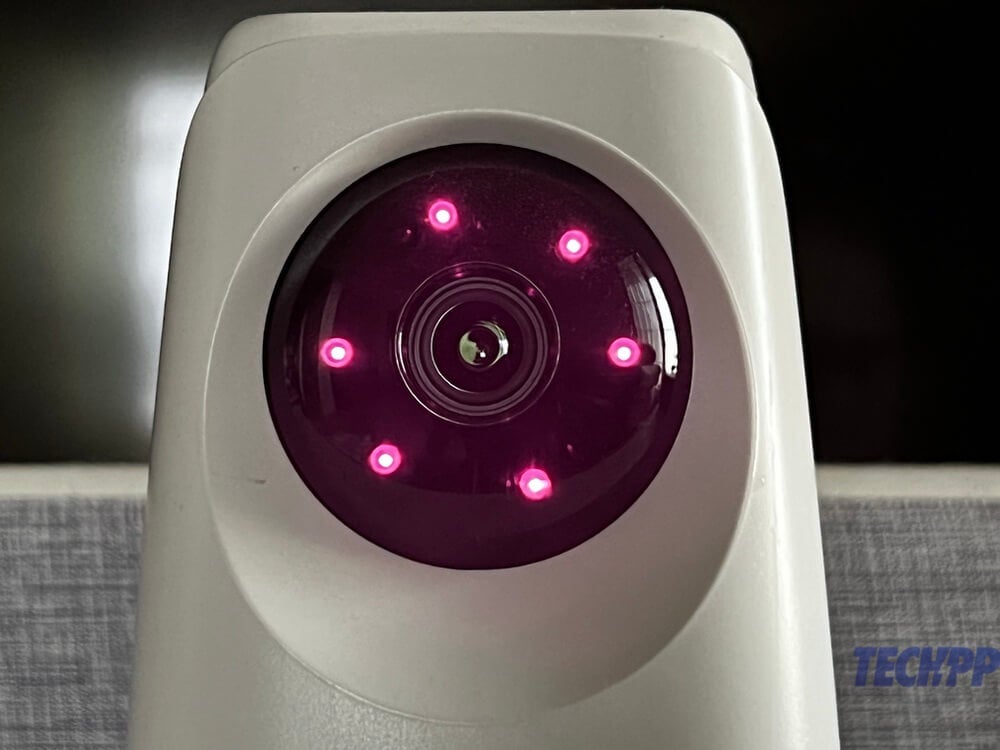 The Kent HomeCam 360 security camera records in 1080p full HD, which is the best quality currently available. The camera features a 2-megapixel CMOS sensor and six infrared LEDs for high-quality video recording in low-light conditions or at night. In addition, the camera can store up to 128GB of data on a microSD card. This provides plenty of storage space for important recordings.

This home surveillance camera offers high-quality video in daylight and night vision modes. In fact, it’s one of the better cameras I’ve seen when it comes to recording in the dark. The wide-angle view of the 360-degree lens makes it easy to capture all the action in your home or office. Plus, the Smart Security features with the camera let you remotely control your environment. 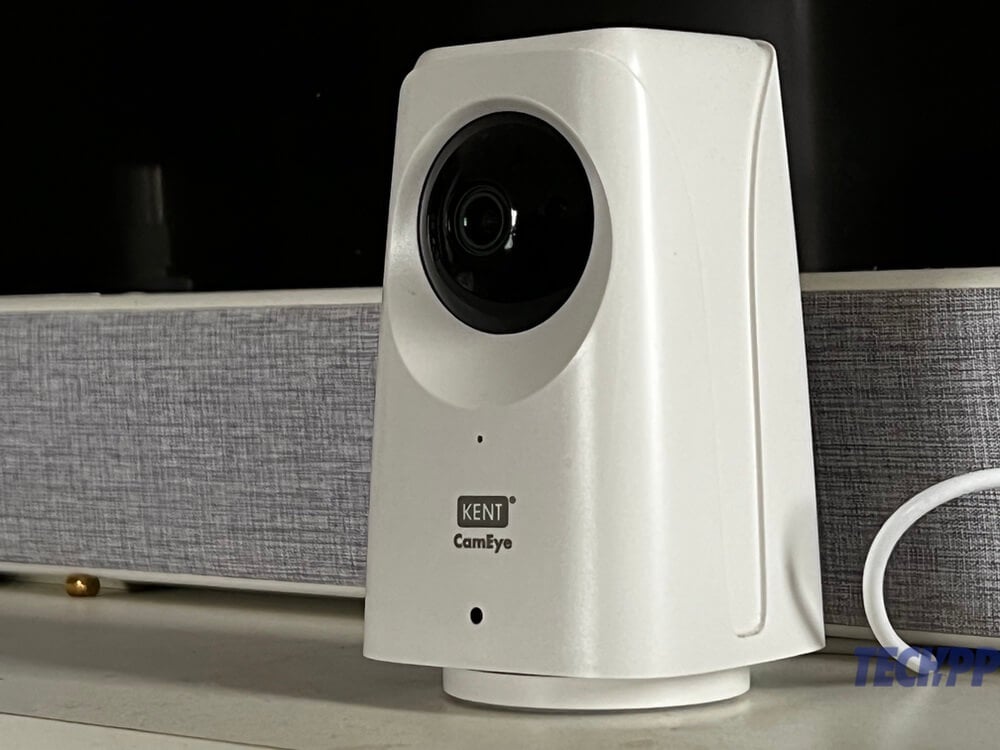 Like most companies offering smart security cameras these days, Kent relies on cloud subscriptions to generate additional revenue. Even though the camera can hold up to 128 GB memory cards, streaming and storing videos in the cloud has its own advantages.

The cloud recording remains secure even if the camera is stolen or damaged. This way, the perpetrators have no way to delete the evidence. However, this is only optional and the camera is very much usable without a cloud subscription including memory card recording and playback, real-time live streaming of video feed, two-way audio communication, privacy mode, and others.

Users receive free one-month trial access to the Kent Cloud when they purchase the Kent CamEye HomeCam 360. After that, they have to pay for the cloud subscription which starts at Rs 150 per week or Rs 250 for two weeks, or Rs 400 per month. 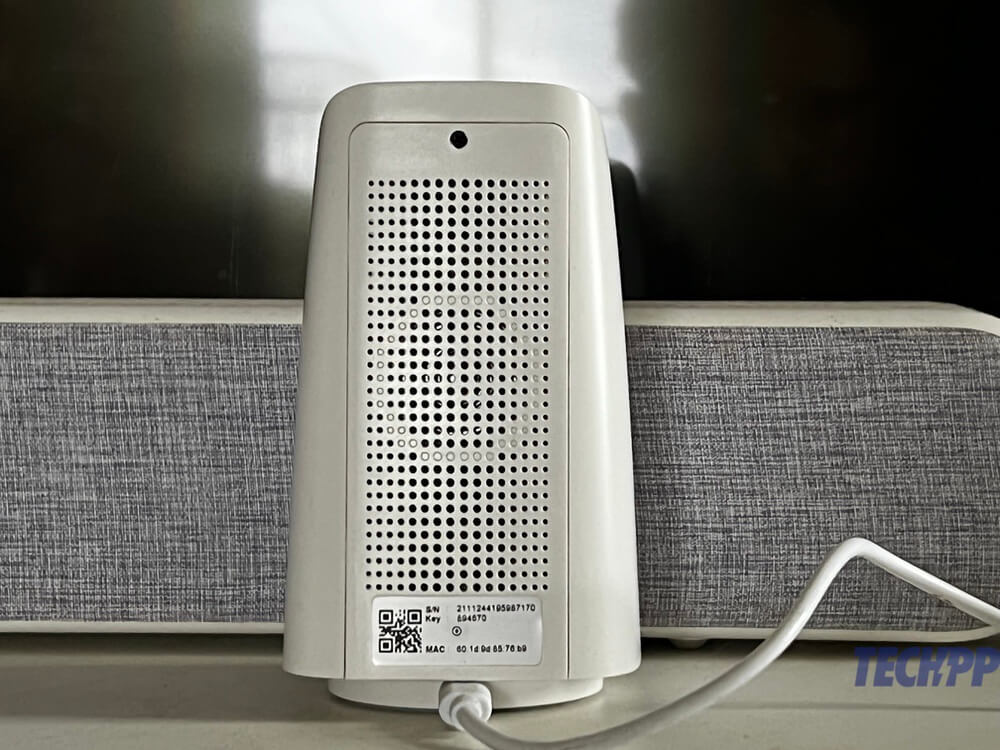 The Kent CamEye HomeCam 360 competes directly with biggies like Mi 360 Home Security camera, Godrej Spotlight Pan-Tilt camera, Qubo Smart Cam 360, and others in this price segment. But the Kent Home camera is a real bang for the buck. Despite being the very first home security camera, Kent has done a very good job in terms of features and price.

The app is pretty polished for an IoT product and the camera itself works great for the expected use cases. The cloud subscription is a hook for the company’s recurring revenue, but the price isn’t too bad, so there are no complaints. We’d like to see Kent include a small battery in the camera to keep it powered during the time that backup power kicks in ON. We hope this will be the case in the upcoming versions of the CamEye Wi-Fi Cam.