The iPod classic might have faded from the tech spotlight, but a decade and a half ago, it was considered the pinnacle of portable audio. And well, thanks to a rather basic, but an innovative app, the iPod Classic might be making its way back into our lives. Or those of iPod touch and iPhone users at least, providing it runs iOS 10 and above (it works on iPads too, but we really cannot get our minds around using an iPod Classic THAT big). 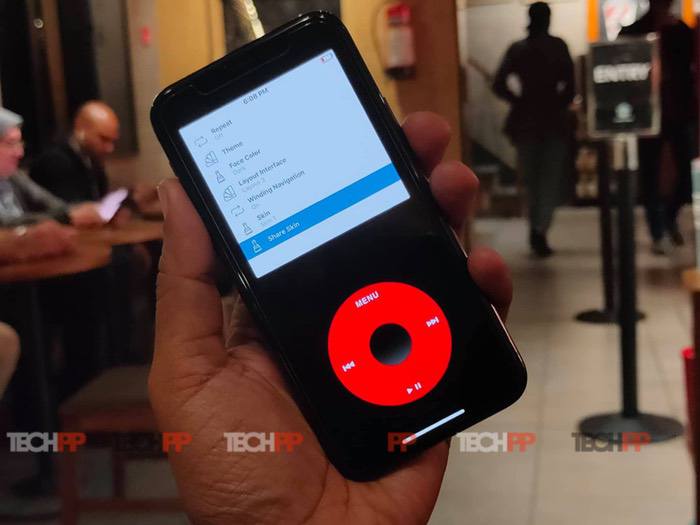 Called Rewound – Music Player, the app is available free on the iTunes App Store, and is a light enough download at 6.9 MB for the iPhone 11 Pro. And the reason for its being light is simple – it is actually a skin. Launch the app and you get a view of your Apple Music app within it, but there are no images, just different headings on the upper part – Now Playing, Albums, Artists, Songs, Shuffle, Playlists, and Settings. Below are two columns of navigation command boxes with options like Back, Forward, Pause, Select and so on. The upper part does look like an iPod Classic interface, but the lower part does not give any iPod feels.

To change that, you need to hit the “Add Skin” box. Navigate to the box and select it – we specify doing so because touch navigation will not work inside the app!

Selecting “add Skin” will give you two options: “Add skin from Photos” and “Download Skins.” If you are starting out (we assume you are), choose the “Download Skins” option. You will now see options to download skins from Twitter and Weibo, and also a very brief video tutorial on how to install the skin (basically long-press the image and save it to Photos). We had some problems with images from Weibo, which crashed the app, so we would advise going with Twitter. Choosing this option will, of course, open Twitter and show you Tweets with Rewound Skins. Long press on the image of the one you like and save to Photos, and exit Twitter. You will now be back in the Rewound app and will now have an “Add skin From Photos” option. Tap this, and select the skin you have just downloaded. You will get a message asking if you want to turn on Winding Based Navigation. Agree to it. 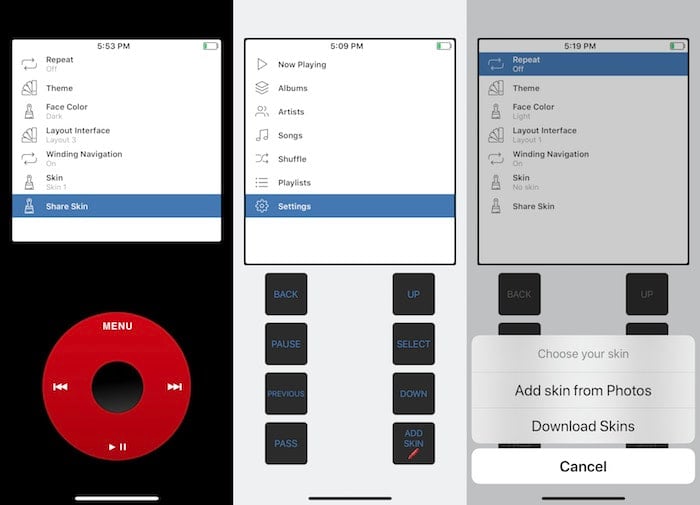 And see your iPhone converted into an iPod Classic. The top of the app will still have that text, but instead of command boxes, the lower part of the app will now have the iconic scroll wheel that was at the center of iPod navigation.

What’s more, it actually works. We were able to cycle through options by moving our fingers along the wheel, tapping the center to select an option. In the skin we selected, we also had the Menu, forward, back, play/pause buttons on the wheel itself – the wheel and its center are the only touch-enabled part of this skin, as you cannot use touch to navigate the upper menu. It is kind of nice, but those who have hundreds of songs on their device might find all the scrolling a pain. You cannot access your Playlists either unless you pay Rs 159 to unlock the option, and of course, you can forget about navigating Apple Music and searching for artists, songs or purchasing and downloading them on the app. Rewound from what we can see basically covers the songs you already have in your Apple Music Library. It is more about playing existing music than exploring and discovering new tunes. 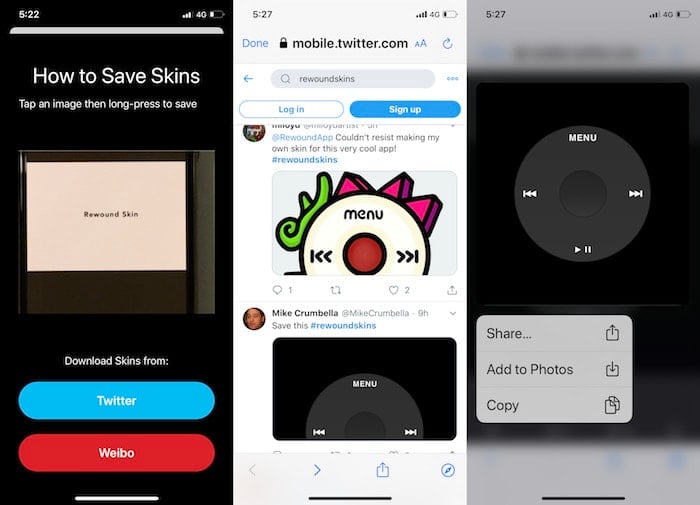 It works a charm as long as you do not fiddle too much with its settings. You can change a few colors and themes and of course, change skins, but changing the layout interface and tweaking winding navigation can make the app misbehave. Right now, the app works with Apple Music but support for Spotify is on its way.

No, it is not perfect – it can be buggy and the skins do not always fit properly. But if you love nostalgia, Rewound will rewind you back to the iPod Classic era. It looks especially wonderful on the more compact iPod Touch. And well, it is free. We would recommend giving it a spin. Literally.

Was this article helpful?
YesNo
TechPP is supported by our audience. We may earn affiliate commissions from buying links on this site.
Read Next
Alert! You’re Hiding Sensitive Information From Your Images on iPhone W...
#apple #iOS app #iPod Classic #Music Player #Rewound