Realme 5i with 5000mAh Battery and Reverse Charging Launched in India

We are barely over a week into 2020 and already have Realme up with their first smartphone India announcement for the year. A few days back, the company announced the Realme X50 5G, its first 5G smartphone, in China. And today, it has unveiled an all-new device, the Realme 5i in India. Realme 5i has already been launched in Vietnam last week, and now, it officially makes its way in India. It’s pretty much similar to the Realme 5, except for a few changes. That said, let’s dive in and check out the device in detail. 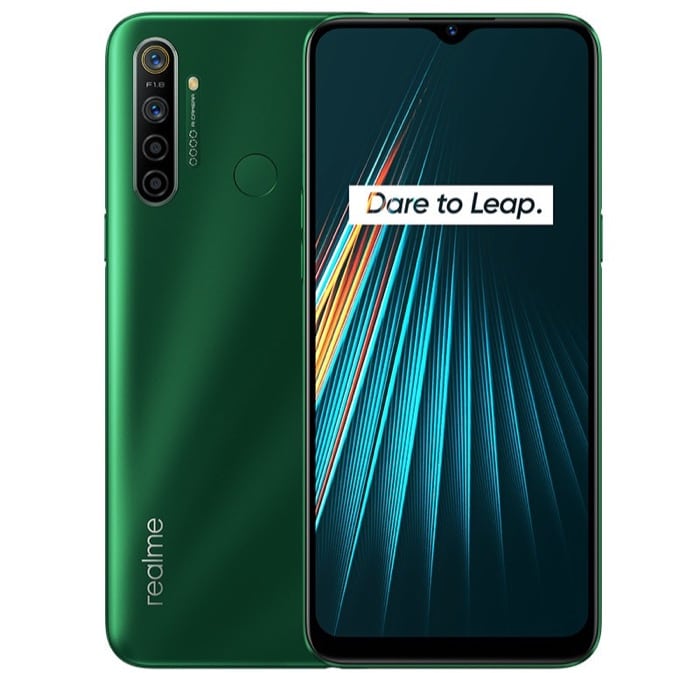 Realme 5i: Design and Display

The Realme 5i comes with a polycarbonate back with the sunrise design and comes in two color options: Aqua Blue and Forest Green. Towards the front, it features a 6.5-inch HD+ LCD display with an 89.8% screen-to-body ratio, a 20:9 aspect ration, and 1600 x 720 pixels screen resolution with 269ppi pixel density.

At its core, the Realme 5i has an 11nm octa-core Snapdragon 665 processor with Adreno 610 GPU, coupled with 4GB of LPDDR4X RAM and 64GB of internal storage (expandable up to 512GB with microSD card). It includes a 5000mAh battery with 10W charging, which, according to the company, takes ~189 minutes to get fully charged. What’s even interesting is that the device offers reverse charging, which essentially means that it can be used to charge other devices.

Among other things, the device comes with dual 4G VoLTE, Bluetooth 5.0, micro-USB, 3.5mm audio jack, and a fingerprint sensor for authentication. On the software front, it runs on ColorOS 6.1 based on Android 9 Pie out of the box.

In the camera department, the Realme 5i sports a quad-camera setup on the rear with an LED flash. The setup includes a 12MP primary Sony IMX386 sensor with f/1.8 aperture, an 8MP ultra-wide-angle lens with f/2.25 aperture, a 2MP macro lens with f/2.4 aperture, and a 2MP depth sensor. On the front, the device comes with an 8MP selfie camera with an f/2.0 aperture. The camera also offers a bunch of enhancements and other features such as Beauty, filter, HDR, panoramic view, Portrait, Time-lapse, Slo-mo, and NightScape.

Realme 5i: Pricing and Availability

The Realme 5i comes in only one configuration: 4GB + 64GB and is priced at Rs 8,999. It will go on its first sale starting January 15 at noon. Besides, with Realme 5i now official, the Realme 5 is now replaced with the newest offering, and it will only be sold until stocks last.