They are perhaps the most bitter rivals in the Indian smartphone market at the moment. And they now come face to face again in the super affordable section of the market. Realme launched the Realme C3 and its rival is not surprisingly a Redmi phone, more specifically, the Redmi 8A. Both phones are priced in roughly the same range and both are options for those users who want to move away from their feature phones and step into the smartphone world. But which of the two is really the one for them? Well, here is our attempt to find out: 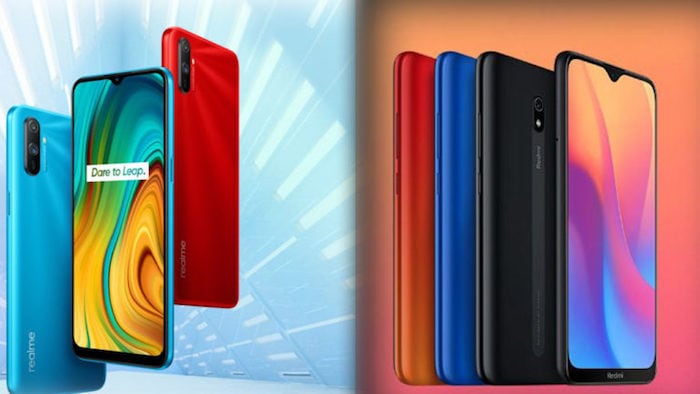 Realme C3 vs Redmi 8A: Plastic that looks fantastic

Both phones come with plastic backs. And both still manage to look striking, mimicking the gradient-ish finish that we see in many glass-backed phones. But there the similarities come to an end. We got the red variants of both devices and while the C3’s rising sun design (with ray-like patterns coming from the camera capsule) is very striking, we think the Redmi’s subtle textured back with a single slimline showing its branding looks well, more classy. The Redmi 8A is also a more compact device (thanks to its smaller display, more of which later), so we are going to be scoring this one for the Redmi. 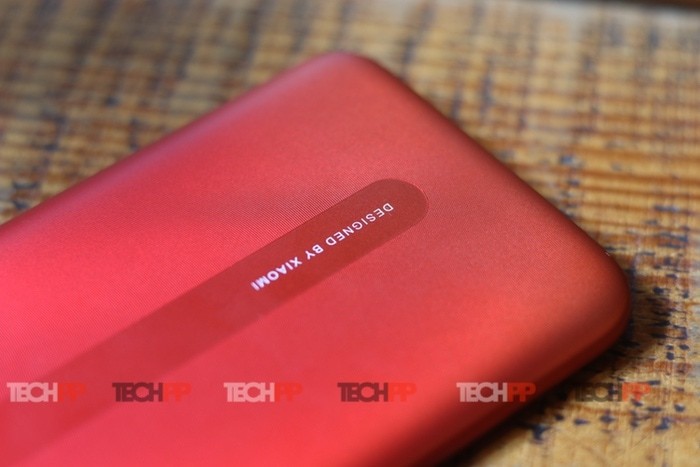 Both phones come with relatively large displays for their price. The Redmi 8A has a 6.22-inch HD+ display while the Realme C3 has a 6.5-inch HD+ one. Both displays are decent enough when one considers the price of the devices, so picking one is not really an easy task. The Redmi 8A’s display might be smaller but it makes the phone easier to handle, while the Realme C3 gets you much more space to look at content. We are giving it to the C3, but those with smaller hands might prefer the Redmi 8A.

Realme C3 vs Redmi 8A: New Helio gets the better of older Snapdragon

When it comes to the processor, the Realme C3 definitely has the edge over the Redmi 8A. The C3 is the first phone in the Indian market to run on the Helio G70 chip, which is a clear notch above the Qualcomm Snapdragon 439 processor on the Redmi Note 8A. No, none of them is designed for heavy-duty work, but the G70 is the newer and much faster processor, and the Realme C3 is the first phone to feature it.

Realme C3 vs Redmi 8A: Really more RAM and storage 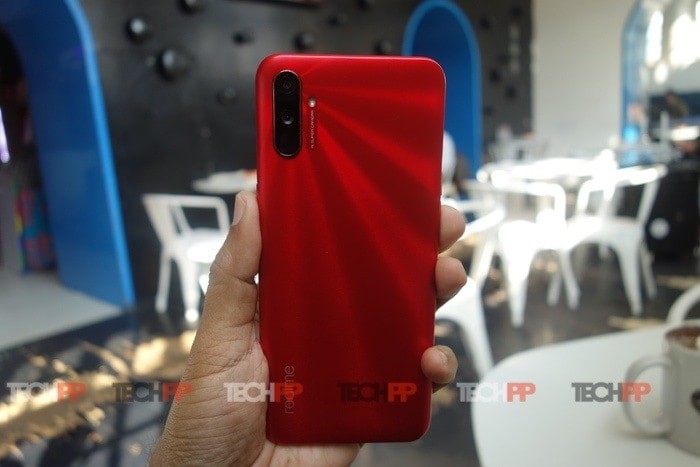 In matters of RAM and storage, the Realme C3 again gets the better of the Redmi 8A. While the Redmi device comes with two RAM and storage variants – 2 GB/ 32 GB and 3 GB / 32 GB – the Realme has 3 GB / 32 GB and 4 GB/ 64 GB variants. Both phones have dedicated microSD card slots, but that additional RAM is going to be really handy for the gaming and multi-tasking crowd, although this phone is not really made for heavy work.

Realme C3 vs Redmi 8A: Two cameras against one 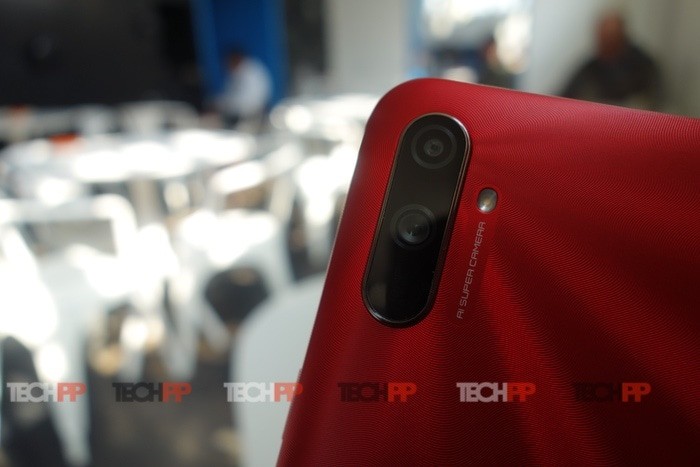 In the camera department, the Realme C3 steals a march over the Redmi 8A, as it comes with a dual-camera arrangement (12 and 2 megapixels) as against the single 12-megapixel one on the Redmi 8A. Yes, that single camera is a very decent one for the price, but honestly, we think the dual cameras on the C3 give it a clear edge, especially in the handling of portrait shots and the like. Both phones have decent cameras for the price they charge, but the dual camera edge lies with the Realme C3.

Realme C3 vs Redmi 8A: Extra megapixels for those selfies

Selfies are not really the strength of either of these two devices – both deliver touched up selfies that are all right for social networks but not much else. However, the 8-megapixel snapper of the Redmi 8A does manage to get a little more detail than the 5-megapixel one on the Realme C3. It is a close call, though, as sometimes we felt that the Realme actually had more pleasing snaps.

Realme C3 vs Redmi 8A: Let the games and multitasking begin! 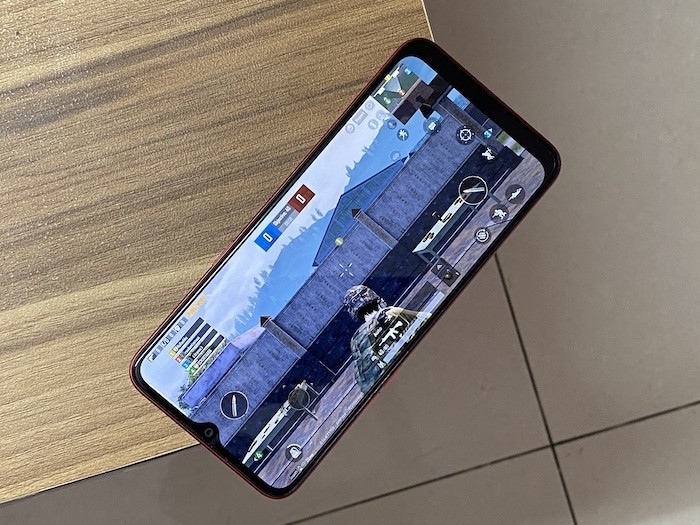 Both the phones come with reasonably able budget segment processors and if you do not push too hard, you will be able to get through casual games and moderate multitasking without too many troubles. Push them a bit however and the extra RAM and newer processor on the Realme C3 will make a difference, delivering a better experience. We need to stress that neither of these phones was designed for heavy-duty gaming (and to be honest, we do not think anyone seriously interested in gaming would be looking at this segment at all), but even in the gaming they do handle, the edge is with the Realme C3. The fact that the base model of the Realme C3 has 3 GB of RAM as against 2 GB of the Redmi also makes it more adept at multi-tasking.

Realme C3 vs Redmi 8A: Realme UI vs MIUI 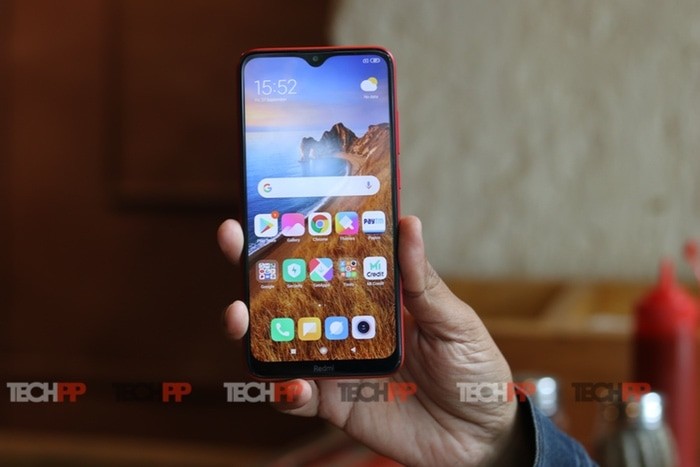 When it comes to software, the choice becomes a tough one. The Realme C3 is the first phone to come with the new Realme UI, which is based on Color OS 7 but has a much cleaner look to it. And well, it does look a lot less cluttered than in the past. More significantly, it runs on top of Android 10. On the other hand, the Redmi 8A runs MIUI, Xiaomi’s much more comprehensive UI on top of Android 9. Which software is better boils down to a matter of personal preference – we think geeks might like Realme UI’s cleaner look and the fact that it runs on a newer version of Android. However, there are many mainstream users (and this device is squarely targeted at them) who actually like the features and functions MIUI brings to the table. We are awarding this one to the Realme C3 mainly for the newer version of Android, but the gap is a narrow one, given the segment. 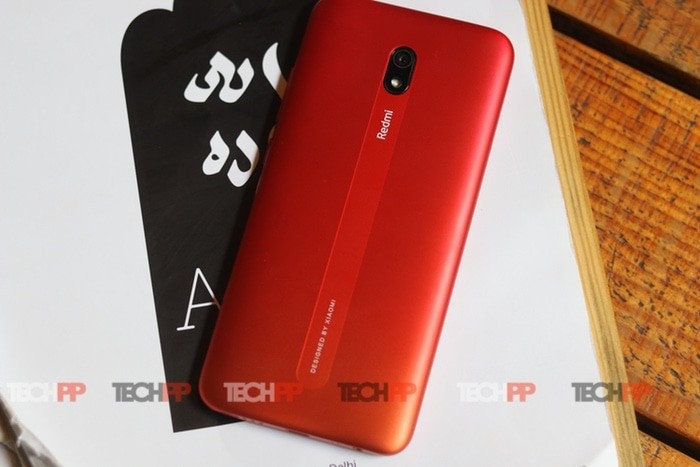 You would have thought that the newer chip would have given the Realme C3 a clear edge over the Redmi 8A, but that has not been the case. In fact, we at times felt that the Redmi 8A was actually a slightly smoother performer, even though the Realme C3 came with a cleaner interface and a faster processor. Most people will not really be able to tell too much of a difference here, to be honest. We are calling this one a tie.

Realme C3 vs Redmi 8A: Counting down those battery hours

Both phones come with massive 5000 mAh batteries, which means that you can easily get past two days of usage on them. Both also, however, come with 10W chargers in the box, which makes charging those batteries a very tedious task. The Redmi 8A here gets an edge over the Realme C3 as it comes with a USB Type-C port with support for 18W charging (although you will have to purchase the charger separately), while the Realme C3 comes with a micro USB charger with no talk of fast charging.

Realme C3 vs Redmi 8A: Which one to buy? 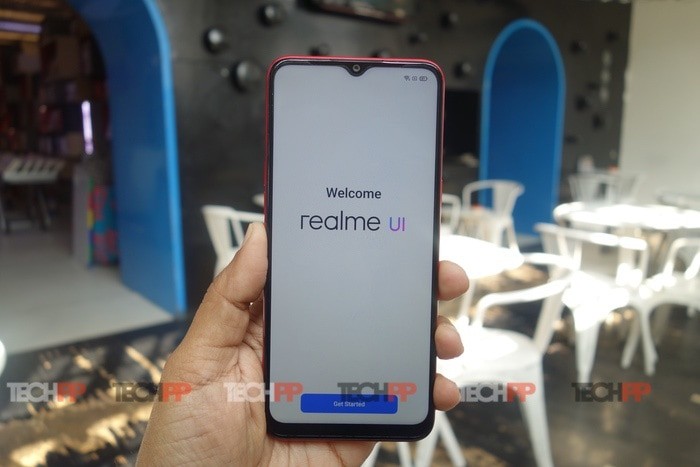 Which brings us to the final question: which of the two is better for you? Well, if money is tight (and in that segment, it frequently is) and you are looking for a smartphone that is basically for social networking and messaging and watching videos, we still think the Redmi 8A remains a very good option. However, bring photography and gaming into the mix and the Realme C3 pulls ahead. We would say that at the time of writing, the Realme C3 is the overall better device at the moment, thanks to those cameras and the newer processor. The refreshed software is the perfect icing on the cake. So yes, if you can stretch your budget a little, the Realme C3 will currently give you a bit more budget bang for your bucks. Of course, we are aware that the Redmi 9A is to be released soon and will compete with these two devices. Of course, we will keep you posted.

Was this article helpful?
YesNo
TechPP is supported by our audience. We may earn affiliate commissions from buying links on this site.
Read Next
Snapdragon 782G vs Snapdragon 778G Plus: What Has Changed?
#comparison #Face Off #Realme #Realme C3 #Redmi #Redmi 8A #xiaomi