Motorola has today announced a new member in its G-series lineup, the Moto G8, in Brazil. The G-series comprises of mid-range smartphones, and while the other variants, namely the G8 Plus, G8 Play, and G8 Power were already launched last year, the vanilla G8 variant now gets official. Let’s dive in and have a closer look at its specifications. 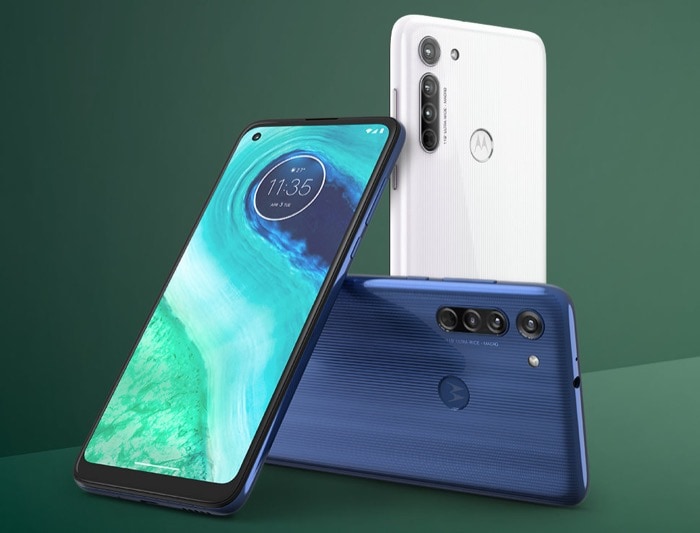 The Moto G8 features a plastic back on the rear with a distinct pattern and splash-resistant design. Towards the front, it has a 6.4-inch HD+ Max Vision LCD display with a punch-hole design on the top-left to house the front-facing camera. The G8 comes in two color options: Blue and White.

At its core, the Moto G8 is powered by the Snapdragon 665, which is an octa-core processor built on the 11nm manufacturing process, with Adreno 610 GPU, coupled with 4GB of LPDDR4x RAM and 64GB of eMMC 5.1 storage (expandable up to 512GB with microSD card). To power the internals, the handset comes equipped with a 4000mAh battery with 10W Rapid Charging support.

Among other things, the G8 comes with dual 4G VoLTE, Wi-Fi 802.11 b/g/n, Bluetooth 5, and USB Type-C. It incorporates a fingerprint scanner, mounted on the rear, for authentication, and runs on Android 10 out of the box. Furthermore, the device comes with Moto Experiences and the new Moto Gametime software features that claim to enhance the gaming experience by blocking interruptions during gaming.

For optics, the Moto G8 sports a triple-camera setup on the rear, with an LED flash and Laser AF system. The setup includes a 16MP primary sensor with f/1.7 aperture, accompanied by an 8MP ultra-wide-angle lens with f/2.2 aperture, and a 2MP macro lens. On the front, the handset includes an 8MP camera with f/2.0 aperture, housed within the punch-hole cutout, for selfies.

The Moto G8 comes in only one configuration: 4GB + 64GB, priced at 1143 Brazilian Real (~ USD 248). It is already up for sale in Brazil and is expected to roll out to Europe, Latin America, Asia, and Australia, in the coming weeks.