Xiaomi’s power banks are known to be one of the best in the business and the Mi Power Bank 2i has proven that by standing the test of time. While Xiaomi still continues to sell the Mi Power Bank 2i, the entire Mi-Redmi reshuffling means Redmi now has its own set of categories and products. The Mi product lineup offers a slightly more premium experience whereas products from Redmi will cater to the ultra-affordable segment. To begin with, Redmi has chosen power banks as its first sub-category and thus, we have the Redmi Power Bank. 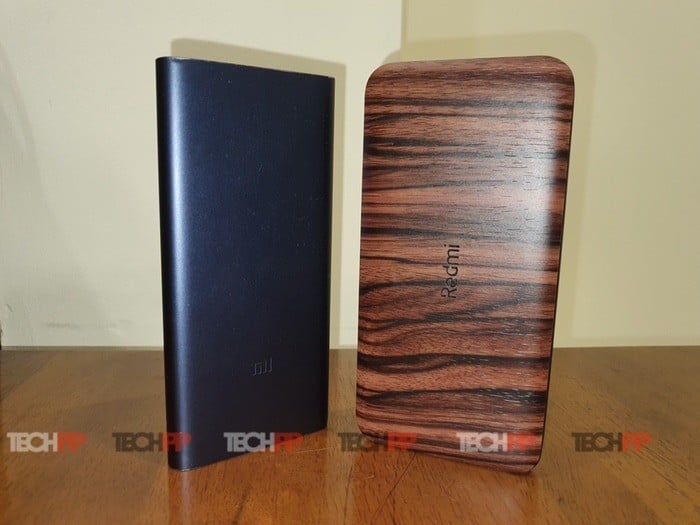 The Redmi Power Bank has a polycarbonate shell that does not feel as good as the unibody metal chassis of the Mi Power Bank 2i. However, both power banks feel solid and are built to handle day-to-day abuse. If you don’t like the exterior look of the Redmi Power Bank. You can even get yourself some customized skins from GadgetShieldz like the one we have on our unit. 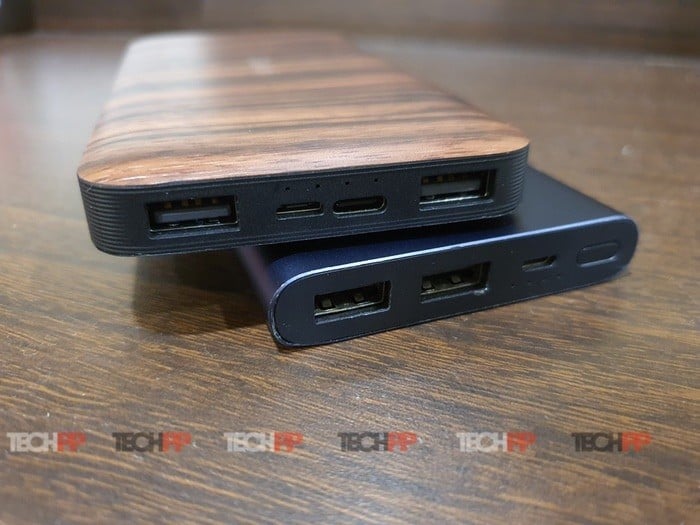 The Redmi Power Bank gets two full-size USB-A ports for output and a micro-USB port as well as a USB-C port for input. The Mi Power Bank 2i, on the other hand, has two USB-A ports for output but just a single micro-USB port for input. Given that most phones have moved to USB-C in 2020, it only made sense of Redmi to include one and kudos to them for doing so. If you want the convenience of carrying around just a single USB-C charging cable for your phone as well as your power bank, the Redmi Power Bank should be your go-to option.

Both power banks also have four LEDs to indicate battery percentage along with a physical button to show the remaining battery level.

Let’s first discuss the output power of the two power banks. The Redmi Power Bank, through its two USB-A ports, can output a maximum of 10W through each port. This means that you don’t get any fast charging capabilities in the form of Quick Charge or USB-PD which is disappointing. The Mi Power Bank 2i, on the other hand, can output up to 18W which makes it compatible with QC 3.0. If you have a QC compatible smartphone, it makes more sense to get the Mi Power Bank 2i as your phone can charge faster that way. Both power banks have support for pass-through charging, which means you can charge the power bank as well as a connected device simultaneously. 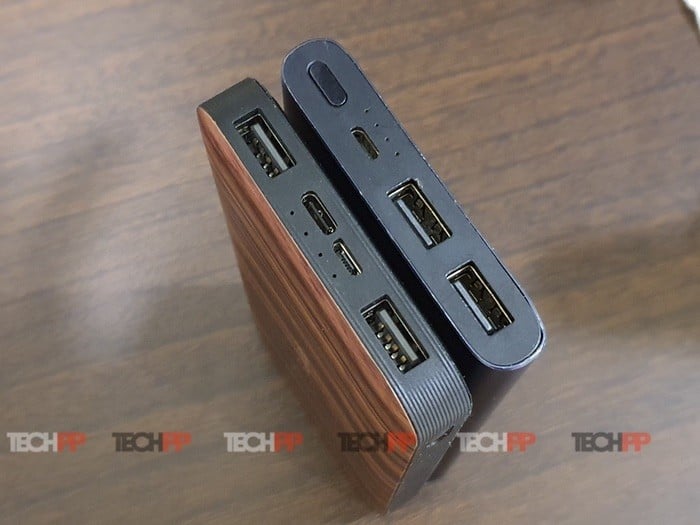 Assuming your phone has a USB-C port, the Redmi Power Bank offers more convenience due to the fact that you can carry around just a single cable to charge both the power bank as well as your phone. However, if you don’t mind carrying an additional micro-USB cable to charge the power bank, the Mi Power Bank 2i in our opinion provides better value due to its 18W input as well as output which can save you a considerable amount of time, provided your phone has support for Qualcomm’s Quick Charge standards. Do note that the Mi Power Bank 2i will not charge your phone faster in case your phone has a proprietary fast charging solution like OnePlus’ Warp Charge or Oppo/Realme’s VOOC charging. If you’re looking for both a USB-C port and faster-charging speeds, you can opt for the 20000mAh variant of the Redmi Power Bank if your budget permits.

Was this article helpful?
YesNo
TechPP is supported by our audience. We may earn affiliate commissions from buying links on this site.
Read Next
Snapdragon 782G vs Snapdragon 778G Plus: What Has Changed?
#comparison #Face Off #Mi Power bank #Mi Power Bank 2i #Redmi Power Bank