Love him or hate him, there’s no ignoring Elon Musk. The Tesla boss has been making headlines for a while with his announcements on a host of topics. Now, Musk is a very enthusiastic video game player too, and if you do not believe us, take a look at his latest Twitter DP, which is actually of the lead character from his favorite video game. Or definitely one of his favorite video games. His DP is that of JC Denton from Deus Ex. 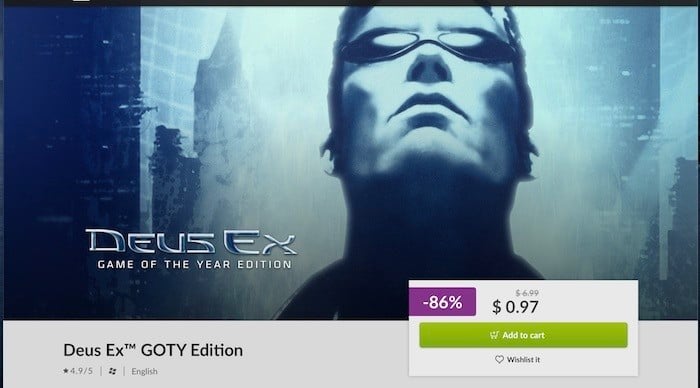 Deus Ex, for those who are relatively new to computer gaming, was a PC game that was released in the year 2000 by a company Ion Storm. And rather interestingly, it too revolved around a pandemic, only in the year 2052. The virus causing the trouble is something called the Gray Death. You played the role of JC Denton, an agent with some mechanical implants, who is tackling a terrorist organization. The game is a first person shooter (FPS) with some role-playing game (RPG) elements, but what got it massive acclaim was its storyline, which was so open-ended that the game had multiple endings.

And clearly the storytelling element is what seems to have appealed most to Musk. In an interview in 2017, he expressed his love for Overwatch (“Blizzard does great stuff”) and then surprised some by talking of Deus Ex. “That’s the criticism I heard of the latest Deus Ex, that the storytelling is kind of lame,” he says. “Whereas the prior Deus Ex and the original Deus Ex, the storytelling was amazing.”

In fact, as recently as a month ago, when concern about the Covid-19 infection was growing, Musk responded to a tweet that compared the world to a bad episode of Black Mirror (a Netflix series), by tweeting:

That should give you an idea of just how good the game was. Which of course, brings us to the main part of the story – Deus Ex is available for a mere USD 0.97 right now! That’s right – you can get it for less than a Dollar from the folks at Good Old Games, who specialize in bringing gamers old titles at affordable prices. The game is only available for Windows but will run just fine on Windows 7, 8 and even 10. No, it will not look as good as Overwatch or Call of Duty. But the story will keep you engrossed till the very end. And well, it will seem disconcertingly familiar to some – a world in which a virus is running wild and different parties are trying to make the best of it. And well, you get to actually fight inside the Statue of Liberty and end up playing in Area 51. How cool is that?

You can grab Deus Ex for USD 0.97 from here. Go ahead, find out what makes Elon Musk love Deus Ex!

Was this article helpful?
YesNo
TechPP is supported by our audience. We may earn affiliate commissions from buying links on this site.
Read Next
With Football Manager 2023 Touch, Apple Arcade finally has its “killer ...
#Deus Ex #Elon Musk #gaming #twitter