Infinix has been providing the latest trends in smartphone innovation for the budget segment, something that other brands have not managed to do in the sub-10k price bracket. Be it the punch hole camera on the S5 or the pop-up camera on the S5 Pro. These are features one would generally find on a more expensive smartphone, but Infinix is making it available to the masses, albeit with some compromise on the internals. 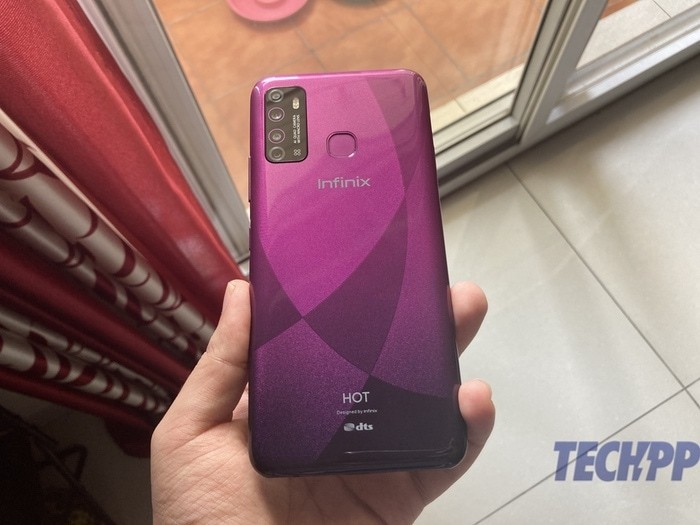 The Infinix Hot 9 is another such example. The Hot 8 gained a lot of popularity of being one of the few phones in its price segment at the time of launch to come with a water-drop notch and the new Hot 9 is an attempt to replicate the success of its predecessor, this time with a punch-hole display and quad cameras on the back. Here’s what we think about the Infinix Hot 9 upon using it for a brief period.

The variant of the Infinix Hot 9 we received has a purple gradient on its plastic back which looks rather attractive and unique from the typical blue or black backs we’ve been seeing for the longest time. It isn’t the most premium feeling when held, and is not in any way single-hand friendly due to the large display. There’s a fingerprint scanner on the back which is placed slightly higher than you would expect. What’s refreshing to see is Infinix has managed to house the four cameras on the back in a module that’s almost completely flat. The camera bump on the Hot 9 is almost non-existent.

Not so Hot Innards

The biggest downside of getting the Infinix Hot 9 would be its performance. On the inside sits a MediaTek Helio P22 chipset so if you plan on playing heavy games, the Inifnix Hot 9 will not serve your purpose very well. You might face some stutters even while doing normal non-intensive tasks due to the fact that XOS, the skin running on Hot 9 is quite heavy and resource-intensive. However, it offers a ton of features that you wouldn’t find on a lot of other well-known UIs as well. You can record WhatsApp calls, read deleted WhatsApp messages, use multi-window, etc. The phone runs on Android 10 which is nice given that a lot of other mainstream brands are still shipping their phones with Android 9 even in 2020. There’s also 4GB of RAM and 64GB of onboard storage.

Hole Punch on a Budget 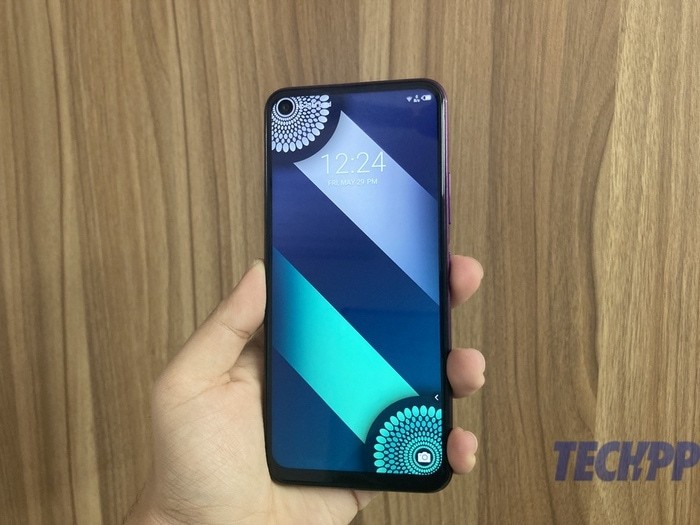 The Inifinix Hot 9 has a 6.6-inch HD+ IPS display which makes the phone quite large. You’ll appreciate it if you watch a lot of content because you have a big canvas, but the resolution isn’t the sharpest. At this price, though, it’s surely acceptable. It’s nice to see a punch-hole display at this price, as the next most affordable option with a display like this from a different brand would be the Realme 6 which is at least Rs. 5,000 more than the Hot 9. Infinix has also bundled in some nice-looking wallpapers to match the display cutout and give it an aesthetic look.

Quad Cameras, and even a Selfie Flash! 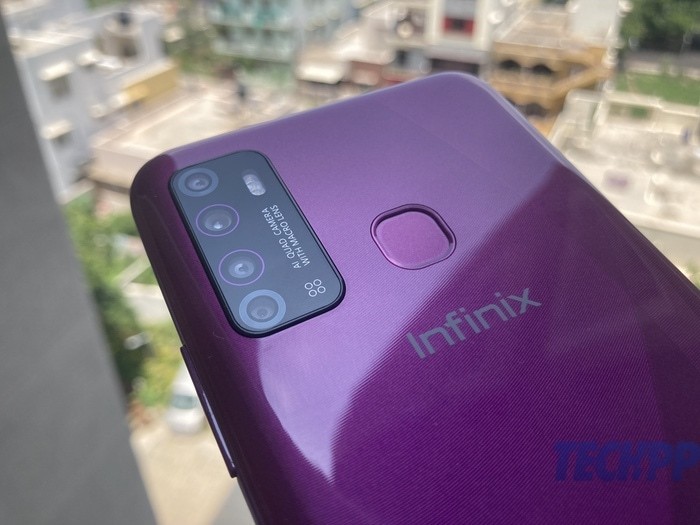 The Infinix Hot 9 gets four cameras on the back, at least on paper. The primary shooter is a 13MP sensor accompanied by a macro lens, a depth sensor, and a dedicated camera for low-light images. What’s interesting is that the 8MP selfie camera inside the punch hole is accompanied by an LED flash on the top bezel. That’s quite commendable regardless of whether you’re going to use it or not since fitting a flash in such a thin bezel is unique. We’ll be testing out the cameras to see how they perform against the competition. 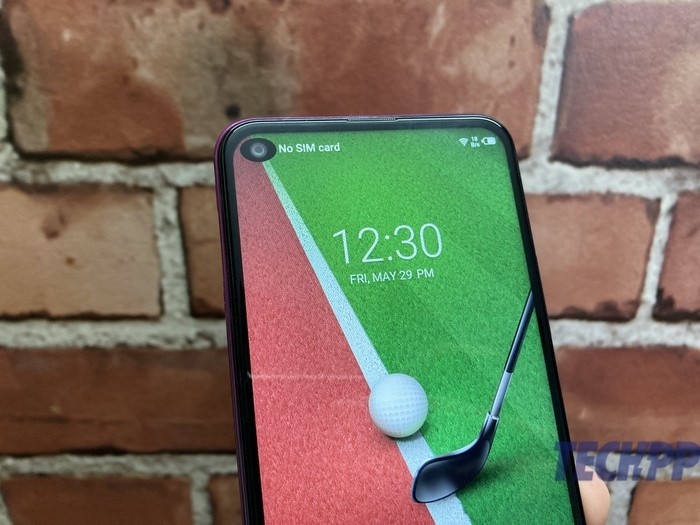 The Infinix Hot 9 has a 5000mAh battery inside a body that isn’t too thick. Given the low-res display and mediocre chip, the battery should be able to get you through a day with ease and with careful usage may even last up to 2 days on a single charge. There’s a 10W charger in the box and the Hot 9 charges via micro-USB.

The Infinix Hot 9 has been launched in India for a price of Rs. 8,499 and will retail on Flipkart from June 8th, 12PM onwards. Rather than focusing purely on performance, the Hot 9 aims to offer a well-rounded experience for users, but the underpowered chipset is surely one of the biggest downsides of what otherwise seems to be a decent offering for the price.

Was this article helpful?
YesNo
TechPP is supported by our audience. We may earn affiliate commissions from buying links on this site.
Read Next
Poco F3 GT: Made of Mad-deningly Good Design
#First Cut #First Impressions #hands on #Infinix #Infinix Hot 9