The Indian market has been flooded with a bunch of new TWS earphones of late, right from the affordable category to the mid-range segment. Whether smartphone or dedicated audio equipment brands, the primary focus is to make genuinely wireless earphones accessible to the masses. While the options are plenty, there are some that suit your kind of audio profile and some that don’t. Audio is a subjective genre. Some may like heavy bass, while others may want more emphasis on vocals. So, it’s hard to find a pair that’s one size fits all. 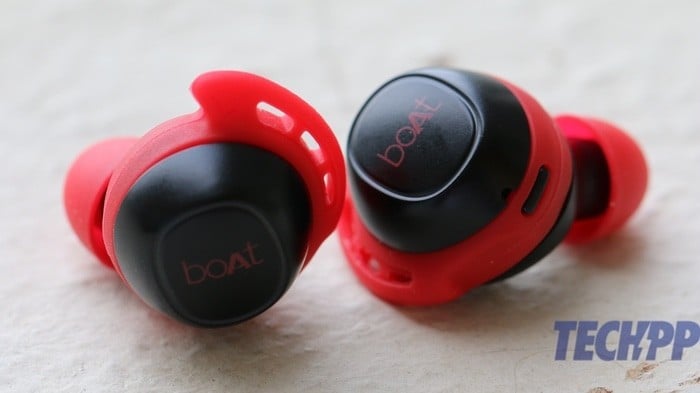 Boat, a brand that is well known in India for selling quality smartphone accessories, especially audio equipment like speakers and headphones, has had a go at a pair of pocket-friendly TWS options. They are called the Boat Airdopes 441 and they retail for a price of Rs. 2,499. We have been using them for about two weeks now, so here’s everything you need to know about the Boat Airdopes 441 before investing your money.

The Boat Airdopes 441 has a polycarbonate build just like you would expect from any other pair of TWS at this price range. The quality of plastic used on the case, as well as the earbuds themselves, are good, and they do not feel cheap. The exterior has a matte finish which we prefer over a glossy paint job, and the red accents add to the overall funky look of the Airdopes 441.

The hinge mechanism is snappy and can also be used as a friendly fidgeting tool. The case opts for a lengthier design instead of being broad, and that’s something we liked as it creates less of a bulge when in your pocket. There is an LED indicator on the front of the case and a USB-C port on the back for charging. It’s nice to see Boat include a USB-C port at this price range, whereas most brands opt for micro-USB even at higher price brackets.

Moving to the earbuds themselves, the black and red accents also continue here. The earbuds have a touch panel surrounded by an LED strip on the exterior where the Boat branding also sits. The earbuds are angled, which help in keeping the Airdopes 441 snug inside your ear even if you’re exercising. What also makes the fit a whole lot better are the included wingtips that lock onto the walls of your ear and prevent the earbuds from sliding out easily. 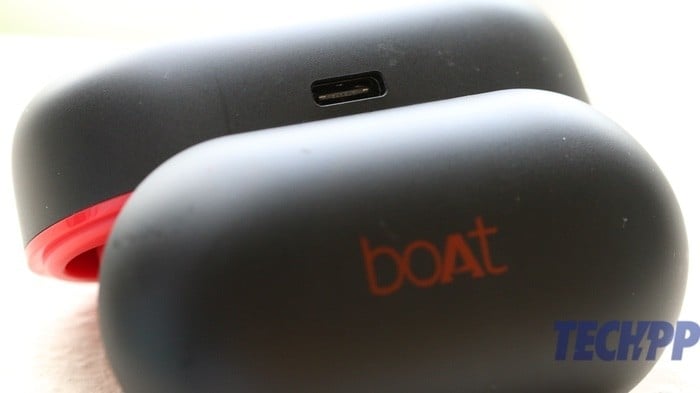 For someone who does not like in-ear-type earphones because they just do not stay put inside the ear, these wingtips are a huge bonus. No matter what activity you’re doing, the Airdopes 441 are not going to fall off, and given that they’re IPX6 rated, you can use them while running or in the gym without any issues. Compared to the competition, the Boat Airdopes 441 are better built and also fit snugly inside the ears. One important thing to note here is that the earbuds are pretty large, so if you have a small ear and you’re using them for an extended period, they may feel slightly uncomfortable.

It looks like Boat devoted the majority of their time and R&D on the design and solid fit of the Airdopes 441 that they forgot to focus on the most critical aspect – sound quality. The Boat 441 are extremely bass-heavy. What this means is the low-end frequencies are just not handled properly, and as a result, the vocals end up being muffled, and the overall experience is not very pleasant. The sound stage is also not the best, and given the emphasis on bass, instrument separation also goes for a toss. If you only listen to bass-heavy music like hip-hop or EDM, you might like the sound signature of the Airdopes 441. However, most Bollywood songs or even slow, soothing music do not sound very good on the Boat 441. 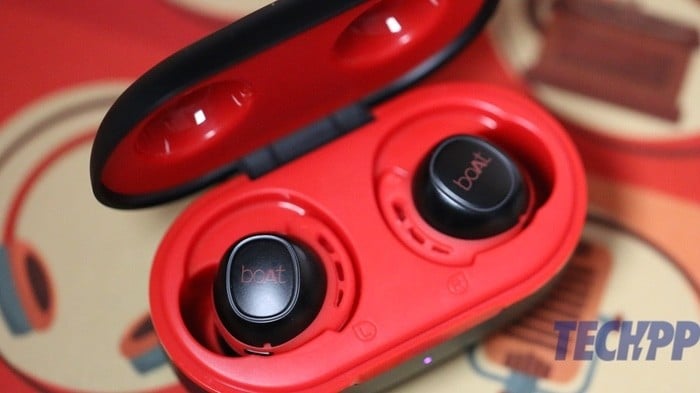 Now, this can be improved to a certain extent using equalizers, but the effect is not drastic. You can get much better vocals if you use the in-built EQ on your phone or your music player. The call quality on the Airdopes 441 was good, but it also captures a lot of ambient noise, so it’s much clearer if you use them indoors. You can use a single earbud too, if you wish, while the other one can charge inside the case. As we mentioned earlier, the Airdopes 441 have touch-capacitive pads on either earbud, which can be used to play/pause music, change tracks, or even trigger the voice assistant. 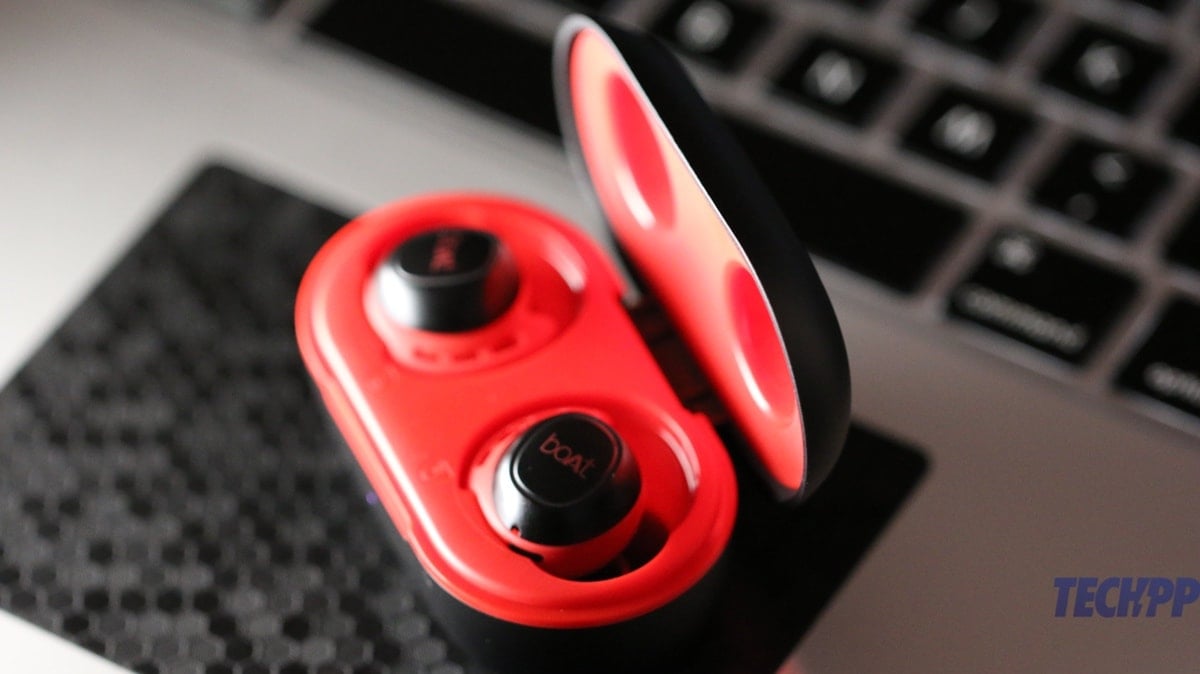 The Boat 441 Airdopes lasted about three hours on a full charge, with the volume levels hovering around the 70% mark. Boat claims that the earbuds can be topped up fully up to four times inside the case, and while the exact claim is hard to test, we could go about a week by charging the case just once, which is good. The case takes about 1.5 hours to charge via the USB-C port fully. 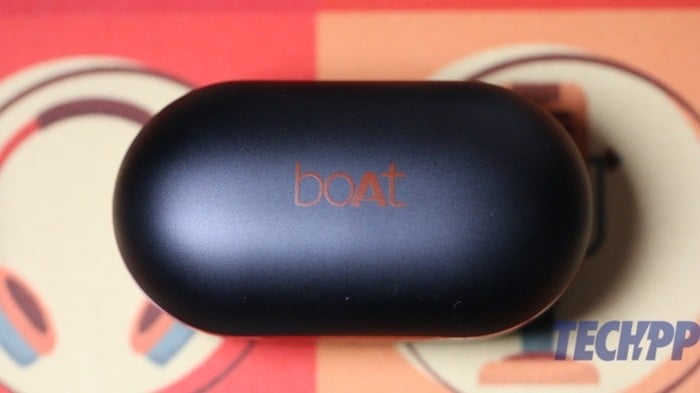 Boat 441 gets many things right except the one that matters the most. The build quality is excellent for the price, it fits well, it’s got good battery life, and the touch controls are also good. However, the amount of bass is just way too high for our liking, and while a third-party equalizer can make some difference, the bass is still dominating.

Suppose you are looking for a pair of truly wireless earphones in this price segment and want in-ear style ones. In that case, we suggest you wait for the Realme Buds Q launching soon, or you could even take a look at the Redmi Earbuds S which are cheaper and while they are also bass-heavy, the sound output is slightly more balanced. While Boat has done a good job with the build and fit, they need to tune their audio in a much better way.