Just days after parent brand Xiaomi launched it’s Mi True Wireless Earphones 2 in India, Redmi has launched an affordable pair of truly wireless earphones called the Redmi Earbuds S. We have been using them for the past week or so and for a price of Rs. 1,799, you just cannot go wrong with them provided you are strictly looking for a pair of truly wireless earphones.

That’s because the OnePlus Bullets Wireless Z cost just Rs. 200 more and are better sounding and have more features but with a neckband design. Let’s leave that aside for the time being though, and concentrate on this one. Here is our Redmi Earbuds S review.

The Redmi Earbuds S, just like the AirDots S that was launched in China, have a matte black exterior, on both the case and the earbuds themselves, which does a good job at hiding scratches and scuffs, something you would get a lot on the Redmi Earbuds S given that it’s constructed using plastic. The build of the case isn’t the most premium or reassuring and the lid is rather flimsy. What’s good, however, is that the overall footprint of the case is quite small and it can easily fit into your jeans pocket, not without creating a bulge though. 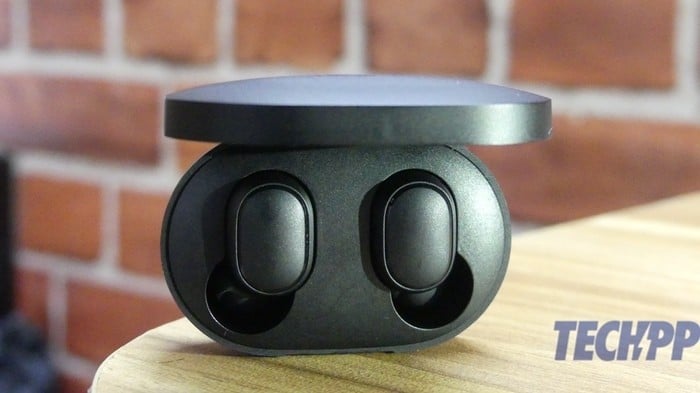 The Redmi Earbuds S, unlike its elder sibling from Mi, have an in-ear design that a lot of users are going to appreciate. Personally, we do not like the tight fit of in-ear type buds because they might cause a headache when worn for too long. The advantage of such a fit is that the earbuds stay snug in your ears even while running or exercising and they also contribute to better isolation. Speaking about exercising, the Redmi Earbuds S are IPX4 rated for sweat and splash resistance.

Addressing the most important aspect of any pair of earphones, sound quality, the Redmi Earbuds S is going to appeal to anyone who loves an extra thump in the bass levels. If you listen to a lot of hip-hop, you are going to like the sound output from the Redmi Earbuds S for the most part. The reason we say for the most part is because of the vocals. The vocals also sound good until you start cranking up the volume at which point they start sounding slightly distorted. 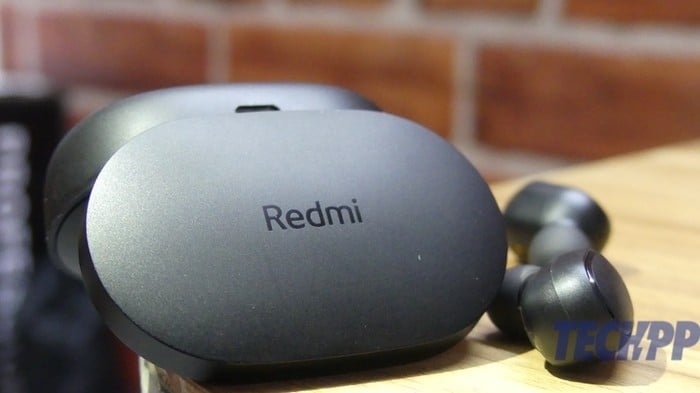 This is only when you exceed the 80% volume mark. The Redmi Earbuds S get really loud, even louder than the Mi TWS 2 and the Realme Buds Air. There is a slight amount of reverb and the instrument separation isn’t the best either. The sound stage is decent and overall, keeping the price point in mind, the Redmi Earbuds S sound good, but not great. The sound signature could have been better. The OnePlus Bullets Wireless Z are a lot better than the Redmi Earbuds S purely based on sound quality, but it’s unfair to make that comparison since that’s a neckband and these are truly wireless. 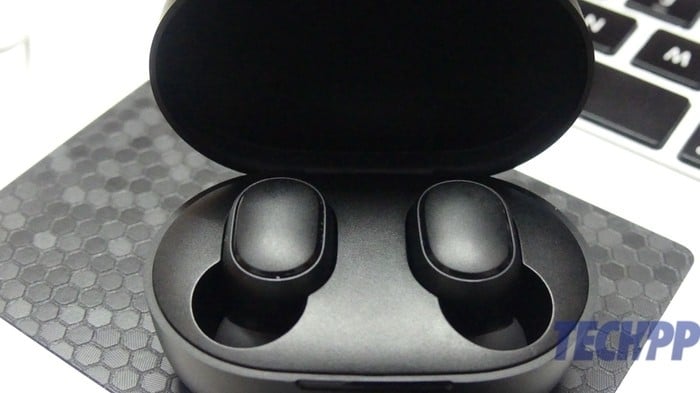 The Redmi Earbuds S have push buttons on either side which can be used to perform multiple functions like play/pause, activate the voice assistant, receive calls, etc. Redmi has also included a low-latency gaming mode which doesn’t really make that much of a difference while gaming but is surely effective while watching videos or movies. If you play a lot of PUBG or COD or any fast-paced game for that matter that requires instant reflexes based on sound, you are always going to be better off with a wired pair of earphones. The onboard mic for taking calls was mostly okay, but it also captured a lot of ambient noise.

The Redmi Earbuds S charge via the case itself by slotting in through magnets. Redmi claims a battery life of about 4 hours on a single charge with the case taking it up to 12 hours and while we haven’t been able to test the battery extensively, we let the earbuds on at 70% volume with a shuffled playlist and it drained completely in 3 hours and 20 minutes which is good. The Redmi Earbuds S charge through the onboard micro-USB port which again, we can’t really complain about at this price.

Should you buy Redmi EarBuds S over the OnePlus Bullets Wireless Z? 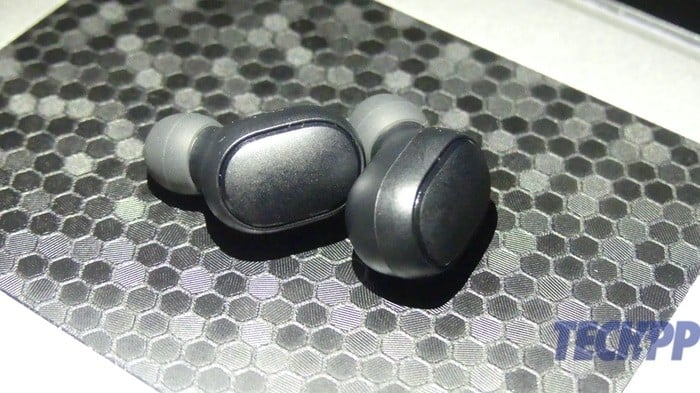 For a price of Rs. 1,799, the Redmi Earbuds S are undoubtedly one of the best affordable pairs of truly wireless earphones that you can get from a reputed brand. However, the OnePlus Bullets Wireless Z have better battery life, much better sound quality, the ability to switch between two devices, fast charging via USB-C, and overall, are a much better pair of earphones, albeit they are not truly wireless.

If you can deal with the neckband design, the OnePlus Bullets Wireless offer better value and you won’t have any complaints regarding the sound quality. If you are strictly looking for a pair of truly wireless earphones though, the Redmi Earbuds S are your best bet under Rs. 2,000.