Earlier: You would have to be living under a rock to not know that OnePlus is about to launch a brand new mid-segment smartphone, the Nord. It was in December that we first heard of a smartphone that would put OnePlus back on the mid-range map and ever since then, it has been raining leaks, rumors, and official statements, revealing the upcoming smartphone’s identity inch by inch. It is supposed to be the second non-flagship level smartphone from OnePlus after the OnePlus X but it sure comes with flagship smartphone level hype.

It has been raining rumors and reports about the smartphone for the last couple of months already but there are a few details that OnePlus has officially put out. It has confirmed that the Nord will be powered by a new Qualcomm Snapdragon chipset, the Qualcomm Snapdragon 765G and that the phone will come with support for 5G. Along with these specs and numbers, the design of the smartphone is also out and it confirms that the phone will come with a quad-camera setup on the back, and an AMOLED display with a 90Hz refresh rate. But one detail that OnePlus has kept to itself is the price of the device. OnePlus did tell us that the phone will be priced under 500 USD which is roughly Rs. 37,000 but we think the upcoming OnePlus mid-ranger would actually cost lesser than this. About Rs 7,000- 8,000 lesser.

There is a mathematical explanation. And a marketing one as well.

OnePlus Nord Price: The math side

If we look at the OnePlus’s smartphone present portfolio, the brand is selling five different smartphones at the time of writing across different price ranges, as per its Indian website. In ascending order of price, these are:

This list of prices has a pattern. All of these smartphones are at a distance of Rs. 6,000-7,000 from each other, except the McLaren edition, which is a special case. If we go by that same logic, the OnePlus Nord price should be around Rs. 6,000- 7,000 from the most affordably priced OnePlus in the brand’s portfolio. That is the OnePlus 7T at Rs. 34,999. By this rationale, the upcoming member of the OnePlus smartphone family should be priced around Rs. 27,999 or Rs. 28,999. We like lower prices so we will go with Rs 27,999. Elementary, my dear Watson, as Sherlock would say.

The market segment side

But this is not the only reason why we think the Nord will come with a Rs 27,999 price tag. If we are to believe those rumors and reports which are expecting the Nord to be priced around Rs. 35,000, then the smartphone might not only step on its siblings’ toes but might also set itself up for tough competition. Currently, OnePlus is selling the OnePlus 7T at around that price point. When launched, the OnePlus 7T was a flagship-level smartphone and is powered by the Qualcomm Snapdragon 855+. Launching the Nord at around Rs. 35,000 would put it right against the OnePlus 7T.

Of course, OnePlus might just withdraw the OnePlus 7T, but that would be very strange, given the fact that it is a very popular device (it is the most affordable new-ish OnePlus phone right now). If these two battle it out, no matter who wins, OnePlus would not gain much, as the winner would have taken away the audience of another OnePlus smartphone. This in no way helps the brand, as it does not really expand the brand’s overall user base, but instead divides it between two products. 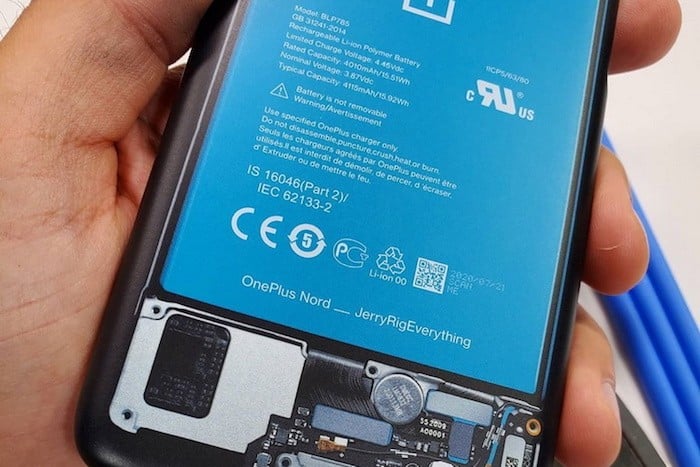 Launching the Nord at around Rs. 27,999 gives OnePlus the opportunity to widen its target user base. The logic behind this is simple: the more, the merrier. The more smartphones spread evenly across different price segments like good peanut butter and jelly sandwich, the better. No one likes lumps of peanut butter or jelly in patches on their sandwich, and the rest of their sandwich dry.

So putting the OnePlus Nord at around Rs. 27,999 will not only give breathing pace to its sibling smartphones but will help OnePlus cover one more price segment. A price segment OnePlus ruled and that too, not too long ago. And interestingly, a price segment where there are not too many major contenders at the time of writing. The likes of the Redmi K20 Pro are a little on the older side and although the Oppo Reno 3 Pro Realme X3 Zoom could prove to be a bit of a headache, the segment is not exactly brimming with competition.

Of course, all this is just speculation. The official price of the OnePlus Nord will only be released at the launch tomorrow. Unless the brand announces the price before that, which we think is perfectly possible, given the way things are going. But if you were to ask us, Rs 27,999 (~USD 375) is the price which we think makes the best sense and will put the Nord in a very good position. In fact, it could even be lower than Rs 27,999, given that OnePlus has had a pretty special relationship with India. It would not be surprising to see OnePlus pulling out all stops to get special pricing for the market, just as it did for the OnePlus 8 (like the 6GB RAM variant just for India!)

And if that happens, the Nord might slay many. It might not be a flagship-level smartphone but hey, it has a “killer” reputation and tradition!

Was this article helpful?
YesNo
TechPP is supported by our audience. We may earn affiliate commissions from buying links on this site.
Read Next
OnePlus Nord Watch vs Amazfit GTS 2 Mini New Version: Which One Should You Buy?
#oneplus #OnePlus Nord #rumors