The Moto G series has a special place in smartphone history. It was the first Android phone that showed the world that one could get world-class performance at a surprisingly affordable price. And the latest in the series, the Moto G9, carries this legacy forward. It comes with a price tag of Rs 11,499, and in best Moto G tradition, it tries to beat every other phone out there around the price point by simply sticking to what Motorola is known for – sterling, consistent performance. Performance that is incidentally, made in India for India. And which comes in a typically classy (and water repellant) Motorola design that is compact, without being flashy. 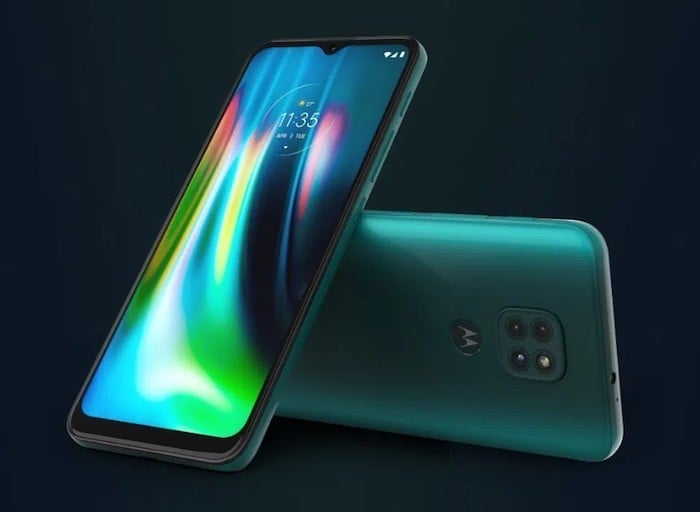 What makes the Moto 9 special is the excellent combination of software and hardware that is a Moto G trademark. The G9 of course comes with stock Android, zero bloatware, and an assured update to Android 11, as well as assured security updates for two years. Not just that, you get Motorola’s signature gestures like chopping down twice to switch on the torch and twist your wrist to launch the camera, and also the Display feature that lets you check updates on your phone without unlocking it. And no ads. Like zero ads!

Of course, all the best software is of little use without the right hardware. And the Moto G9 comes up trumps here. It is the first smartphone in India to come with the latest octa-core Qualcomm Snapdragon 662 processor, which comes with better Wi-Fi and Dual GPS as compared to the 665 (while having same CPU and GPU performance). Combined with 4 GB RAM and 64 GB of storage (expandable to 512 GB), it has the capability to handle everything from gaming to multi-tasking (multiple Chrome tabs, messengers, and even games in the background) with a degree of ease. On the subject of gaming, there is even a special Play mode – Moto GameTime – that adds to your gaming experience by blocking interruptions and giving you access to special features. The G9 also comes with a dedicated Google Assistant button, allowing you to summon the assistant with a simple button press – you do not even have to say “OK, Google!”

Great display and cameras…and THAT battery

And everything you do on the phone looks terrific, thanks to a bright 6.5 inch Max Vision HD+ display. Some might wish for a Full HD+ display, but they are the ones who have not really seen this one. With minimal bezels and an unobtrusive drop notch, the display is wonderful for viewing content and games.

The phone also comes with a sterling camera collection – three at the back, and one in the front. Leading the camera charge at the back is a 48-megapixel main sensor with a large f/1.7 aperture that ensures that you get great pictures, rich in colors and detail, even in relatively low light conditions (there is even a special Night Vision mode to enable you to do more with the camera in dark conditions). Supporting it is a 2-megapixel depth sensor to ensure clear subjects and creamy bokeh for those perfect portrait snaps, and a 2-megapixel macro sensor that lets you get really close to your subjects – as close as a few centimeters. 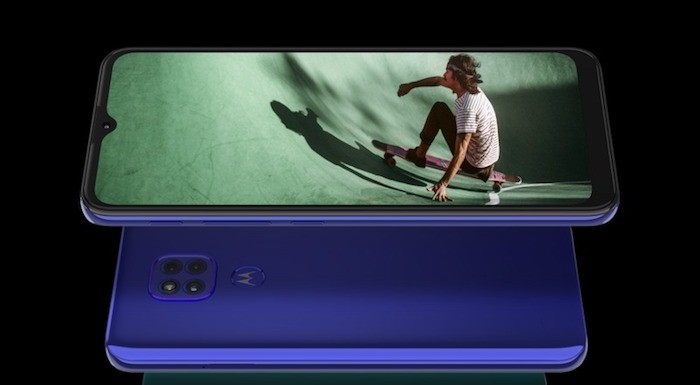 Making the cameras extra special is a number of software enhancements. There is Auto Smile Capture that snaps a shot, the moment everyone in the frame smiles. Then there is Smart Composition, which generates a second shot with possible improvements in composition. Want more? There is Shot Optimisation which picks the right mode and settings for your picture. You also get options like high-res zoom, slow motion video (120 fps), and timelapse. And there’s even a spin on timelapse – thanks to post-capture stabilization, you can remove unwanted jerks and shakes from your timelapse. Of course, Google Lens is built into the camera, letting you identify objects and places by just pointing the camera at them.

A large 5000 mAh battery (yes, it is actually that large, in spite of that compact frame) ensures that the Moto G9 keeps running comfortably for two days. And even when it runs out of charge, it gets topped up in next to no time, thanks to a 20W Type-C charger that comes in the box!

It offers a staggering value for money at its price of Rs 11,499. But that does not mean that the Moto G9 does not face competition. Of course, it does. After all, the Rs 10,000 – Rs 13,000 segment of the Indian smartphone market is a very competitive one. The Moto G9 does have its share of challenges. And it outguns them all.

Perhaps the most obvious challenger to it is the Realme Narzo 10 at Rs 11,999, which also comes with an HD+ display. But the Moto G9 scores over it thanks to its smashing new Snapdragon 662 chip as compared to the older MediaTek Helio G80 on the Narzo 10. It also comes with NFC and dual-band Wi-Fi, connectivity options that the Narzo 10 lacks. Its 20W charger has an edge over the 18W one on the Narzo, and well, its 48-megapixel sensor comes with a bigger aperture (f/1.7) as compared to the Narzo (f/1.8), giving it a clear low light photography edge. Unlike the cluttered UI of the Narzo, the Moto G9 also comes with clean stock Android and assured updates, which make for a much smoother experience. 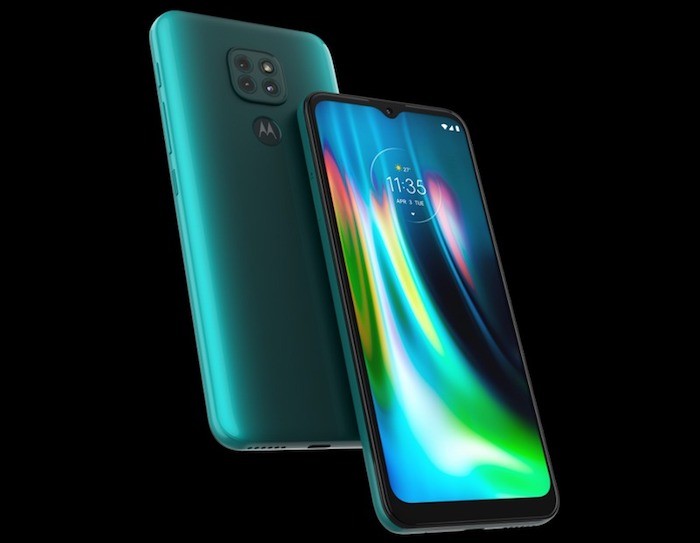 Another pair of devices standing in the path of the Moto G9 are the Vivo Y20 (Rs 12,990) and Y20i (Rs 11,490). Once again, they lose out to the G9 on a critical front – they are powered by the Snapdragon 460 chip, which is a clear level below the spanking new 662 on the G9. The Y20i also has lesser RAM at just 3 GB. The 13-megapixel main sensors on the Y20 and Y20i are also no match for the 48-megapixel one on the Moto G9, which is on a different level altogether. The Vivo phones also do not come with a 20W charger like the Moto G9 does, and have an 18 W charger. The Moto G9 also comes with NFC and a USB Type-C port, while both Vivo devices use a micro USB port and have no NFC. Once again, neither is able to match the zero bloatware, an ad-free experience that the Moto G9 provides on the software front.

At Rs 12,990, the Oppo A53 is another phone that might merit some consideration. But its Snapdragon 460 processor is not in the same league as the 662 on the Moto G9. In terms of the camera too, it offers a 13-megapixel main sensor which cannot stand against the 48-megapixel one on the Moto device. There is also no NFC on the A53 and no 20 W charger in the box either (it comes with an 18W charger), and while Oppo’s Color OS has improved significantly of late, it cannot hold a candle to the cleaner Android experience on the Moto G9. 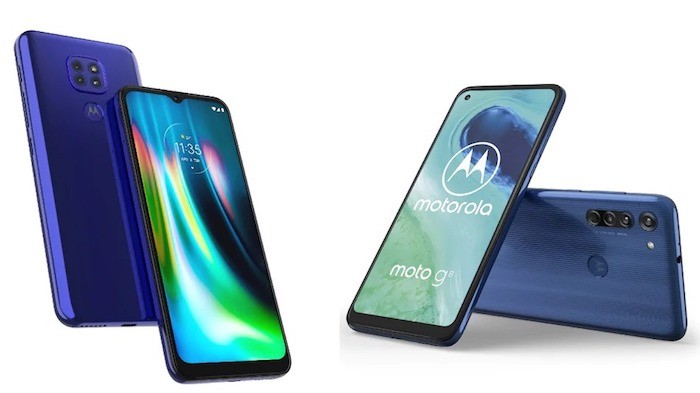 Perhaps the closest contender to the Moto G9 is the recently released Nokia 5.3. It too features clean, stock Android with the promise of regular updates and also has an HD+ display. But it comes with the predecessor of the Snapdragon 662, the Snapdragon 665. It gives ground to the G9 also in the camera department with its 13-megapixel main sensor not delivering the sort of results that the 48-megapixel sensor on the G9 does. What’s more, the Nokia 5.3 has not only a smaller 4000 mAh battery but also one that charges much more slowly as it is accompanied by a 10W charger, as compared to the 5000 mAh battery on the G9 and its 20W charger. At Rs 13,999, the Nokia 5.3 is also significantly more expensive than the Moto G9!

There are a few others like the Redmi Note 8 and the Realme 6i, but they too do not really match up to the Moto G9, losing out on crucial parameters like processor (no one else in the country has a Snapdragon 662), cameras (the G9’s f/1.7 aperture gives it a real edge), battery and charger, and of course, Motorola’s flavor of simple, uncluttered and super speedy Android.

The verdict is out. If you have a budget of about Rs 13,000, say hello to the Moto G9. And wave goodbye to the competition.

Was this article helpful?
YesNo
TechPP is supported by our audience. We may earn affiliate commissions from buying links on this site.
Read Next
HitPaw Photo Enhancer: An AI-Powered Tool to Fix Your Blurry Photos
#Moto #moto g9 #Realme Narzo 10 #Snapdragon 662 #Sponsored