Nokia brand licensee HMD Global has today, via an online event, unveiled the latest Nokia smartphones to add to its existing lineup. Called the Nokia 2.4 and Nokia 3.4, the smartphones come at different price points and target different audiences. On the one hand, the Nokia 3.4 comes with the Helio P22 chipset, the Nokia 2.4, on the other, runs on a relatively-newer processor, the Snapdragon 460. Let’s dive in to check out the devices in detail. 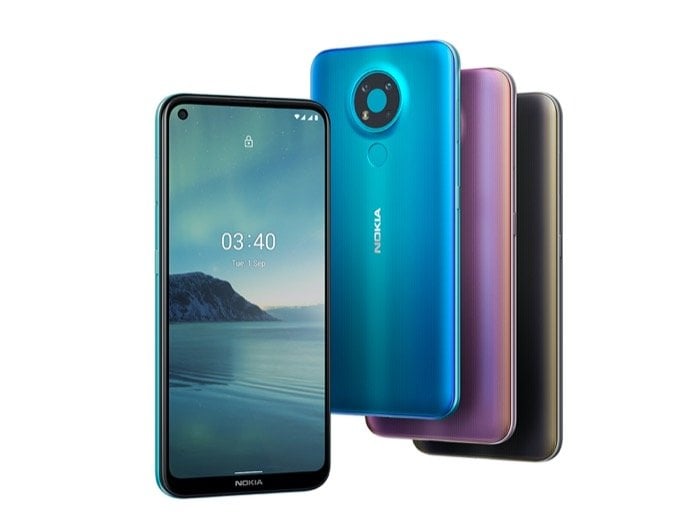 In terms of design, the Nokia 2.4 comes with a 3D nano-textured back, which promises to offer a comfortable grip in hand. Towards the front, it features a 6.5-inch display that comes in at a 20:9 aspect ratio and offers HD+ screen resolution. Nokia 2.4 comes in three colorways: Dusk, Charcoal, and Fjord. 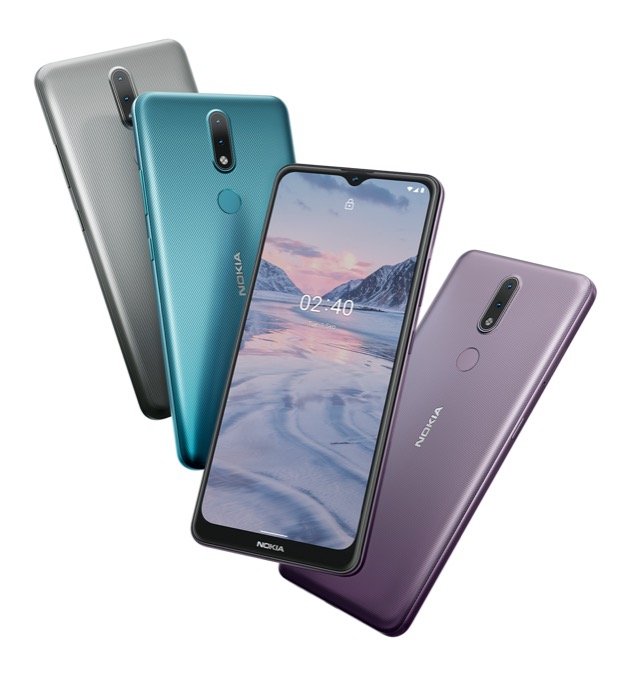 Under the hood, the phone runs on MediaTek Helio P22, which is a two-year-old processor that comes with eight cores and up to 2.0GHz of clock speed. For graphics processing, there is the PowerVR GE8320 GPU. To assist the processor, there is 2GB / 3GB of RAM and 32GB / 64GB of onboard storage (expandable up to 512GB with a microSD card). The device draws power from a 4500mAh battery, which charges over micro-USB.

As for other specifications, the Nokia 2.4 comes with dual 4G VoLTE, Wi-Fi 802.11 b/g/n, Bluetooth 5.0, and NFC. It has a micro-USB port, a rear-mounted fingerprint scanner, a 3.5mm audio jack, and a dedicated Google Assistant button. On the software front, the device runs on Android 10, and as per the company claims, it is Android 11 ready.

In the camera department, the Nokia 2.4 sports a dual-camera setup on the rear, which includes a 13MP (f/2.2) primary sensor and a 2MP depth sensor, along with an LED flash. On the front, there is a 5MP (f/2.4) sensor for selfies.

Moving to the Nokia 3.4, the device comes with a recyclable metal chassis with the same 3D nano-textured rear as the Nokia 2.4. However, the cameras on this one are arranged in a circular arrangement. Upfront, the device features a 6.39-inch display that comes in at a 19.5:9 aspect ratio and has the punch-hole cutout to house the front-facing camera. The display offers an HD+ screen resolution with 400 nits of brightness. Nokia 3.4 comes in three colors: Fjord, Dusk, and Charcoal.

At its core, the smartphone has a newer Snapdragon 460 chipset, which was announced earlier this year, and offers eight cores with up to 1.8GHz of clock speeds. To handle the graphics, it employs the Adreno 610 GPU. The device comes with 3GB / 4GB of RAM and 32GB / 64GB of onboard storage (expandable up to 512GB with a microSD card). To power the internals, there is a 4000mAh battery, which the company suggests lasts 2 days on a single charge.

The Nokia 3.4 comes with Wi-Fi 802.11 b/g/n, Bluetooth 4.2, and NFC. It offers a 3.5mm audio jack, a USB Type-C port, a rear-mounted fingerprint scanner for authentication, biometric face unlock, and a Google Assistant button.

For optics, the Nokia 3.4 sports a triple-camera setup on the rear with an LED flash. The setup includes a 13MP primary sensor, along with a 2MP depth sensor, and a 5MP ultra-wide-angle lens. Towards the front, the device has an 8MP camera for selfies and face unlock.

Nokia 2.4 and Nokia 3.4: Pricing and Availability