It is 2020, and smart devices are everywhere! Be it smart lights, smart speakers, or any other device that simplifies user interactions to improve the overall experience, smart home products are becoming a common sight in most households these days. One such product in this space is the smart plug, which is a device that lets you control connected appliances at home. 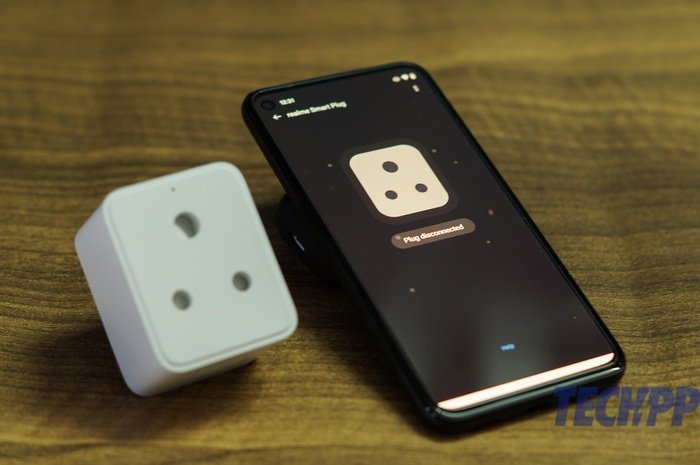 While there are a range of different options, under different price brackets, available, the one we are looking at today comes from the smartphone brand — Realme — which recently announced a bunch of IoT products. Generically named Realme Smart Plug, the maiden attempt from Realme aims to give users a better way to interact and control their home appliances.

We have been testing the Realme Smart Plug for some time now, and here is our review of the same.

Starting off with the design, the Realme Smart Plug looks like, well, any other plug. It has a fairly generic design, which is not a bad thing, as it matches perfectly and sits flush with most outlet boards without causing any inconvenience. The plug feels sturdy and has a good heft to it. Realme says it has used flame-retardant materials in the construction of the plug to prevent it from catching fire if anything happens to go wrong. 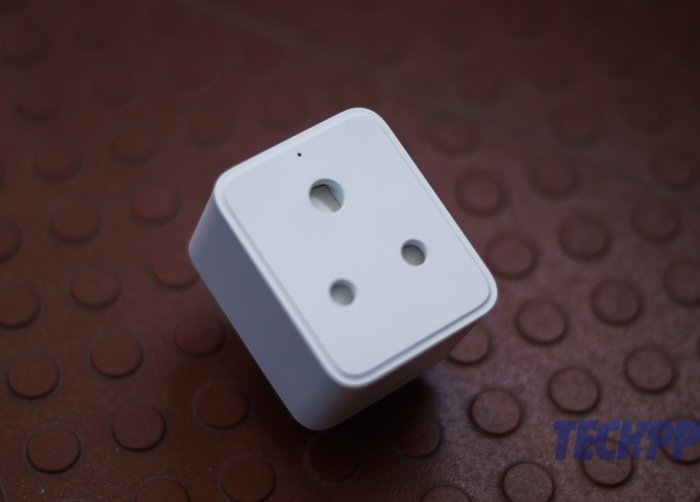 The Smart Plug comes in only one color: white. It is a three-pin style plug with solid prongs that inspire confidence and do not feel flimsy. Towards the bottom, you get a button to help in setup and troubleshooting, and upfront, right on top, there is an indicator light to show the connection status. Moreover, albeit basic, the sockets on the plug come with a shutter to prevent accidents and keep dust away.

Setting up the Realme Smart Plug for the first time is a pretty smooth and straightforward experience. And so is reconnecting to it subsequently.

To set up the smart plug, you need to have the Realme Link app on your smartphone. Currently, the app is only available for Android and can be downloaded from the Play Store. Once the app is downloaded and set up, you are required to attach the plug to a power outlet. As soon as you do it, the indicator light should start blinking red, indicating that the plug is searching for a network. 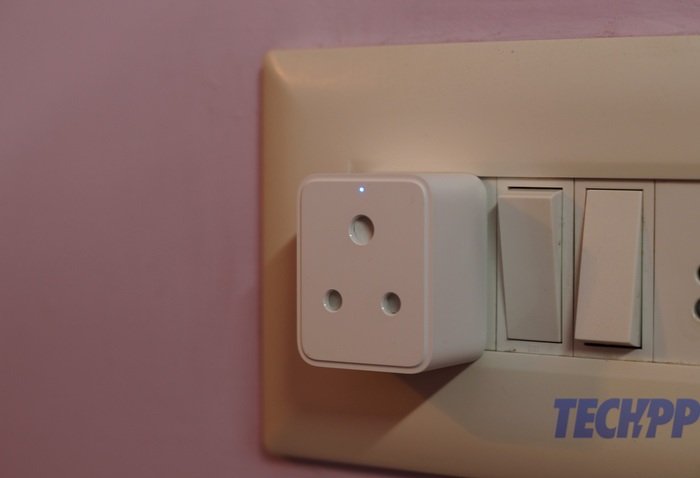 On your phone, turn on Wi-Fi and Bluetooth, and enable location services. Next, open the Realme Link app and follow the on-screen instructions to establish a connection. If everything goes right, the indicator light turns blue, which means that the plug is ready to be used.

With smart plugs, there is not much to talk about when it comes to performance. But to give you a better idea of the device, let us break down the key performance areas. First things first, let’s do a quick rundown of the specifications. The Realme Smart Plug can sustain a maximum load of 1500W at 6A. It supports Wi-Fi 802.11b/g/n, meaning it relies on a single (2.4GHz) band for communication. And the best part is, you get support for Google Assistant and Alexa, which enables you to control the plug (and the attached device) using voice. 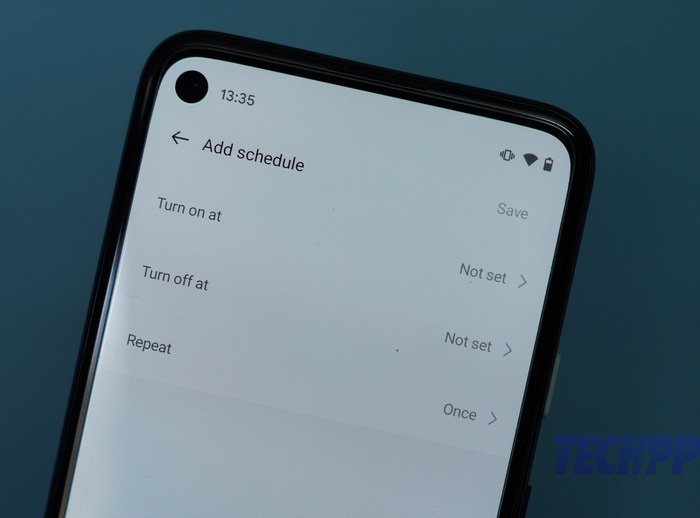 During our time with the Smart Plug, we found the interaction with it (via the Realme Link app) very consistent. The app works nicely and offers a quick one-tap button to turn on/off the plug. There is no noticeable latency during any operation — input or response — even while controlling the plug from a different room. Nor is there any heating problem with the plug with extended use.

Talking about functionality, with the Realme Smart Plug, you get a bunch of features. So, besides offering a convenient way to control your home appliances, the plug, combined with the Realme Link app, further adds to the convenience (and experience). For instance, you can use the app to set a timer: to turn off the plug after the countdown; create schedules: when to turn on or turn off the plug based on the time of the day; create a group: to control multiple devices at the same time. Moreover, for times when there is a power cut, you can set a state for the plug that it should be in when the power gets restored. This is a very nifty feature as you do not have to worry about putting something on power/taking something off power every time there is a power cut at home. 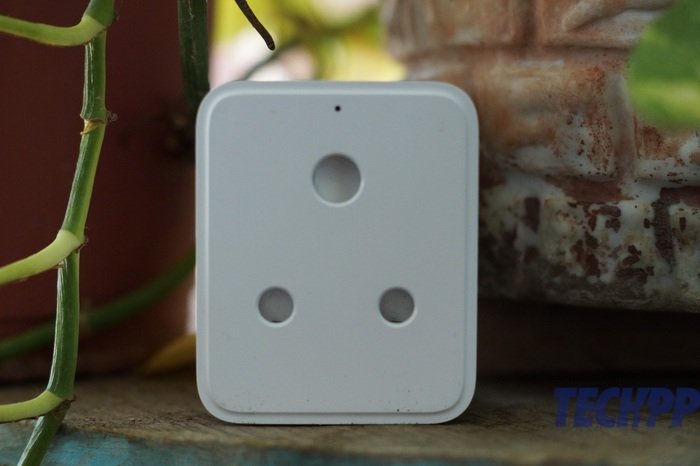 We really like the schedule feature on the smart plug. It offers a very convenient way to automate lights (or any other device) that you want to turn on or turn off at specific times of the day, with just a few clicks. Similarly, the timer is another useful feature in the Realme Link app, and it can come in handy if you charge your mobile phone at night, as you can set a timer (with a countdown timer) for the plug, after which it turns off and stops charging your phone. Of course, this is just one example of where you could use the feature. And the use-cases can vary depending on your requirements.

Besides the core functionalities, Realme Smart Plug also has a marquee feature, which could essentially be labeled its USP. And that is, the ability to control the plug using an assistant (Google Assistant and Amazon Alexa). So, in addition to controlling the plug using the Realme Link app, you can simplify the interaction even further by having a voice assistant do the job for you. While getting the plug to work on Google Assistant is fairly easy and involves just a few steps, setting up Alexa requires you to set up the skill, which can be a bit tedious for some. However, once set up, you can easily control the plug using voice commands. 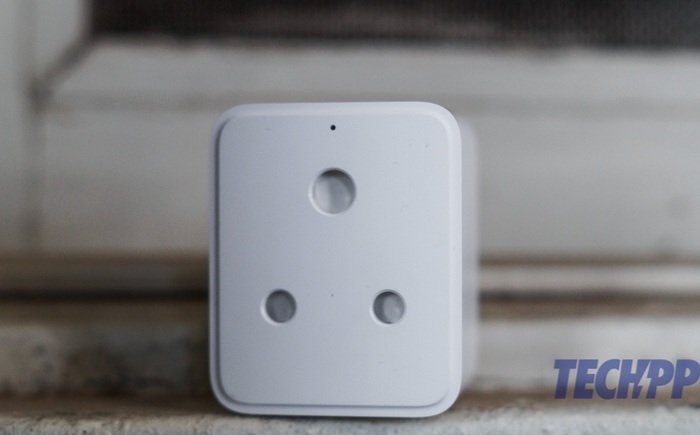 In addition to the essential features and functionalities, the Realme Smart Plug also comes with a few safety features to keep your connected devices protected. Realme calls this ‘five-layer safety protection’, which, just as the name suggests, includes five protection checks/measures to ensure the plug functions securely. These measures include a safety shutter and the use of a flame-retardant material for construction, as already mentioned, along with (2000V) surge protection, overheat protection, and a 100-250V wide-range input. 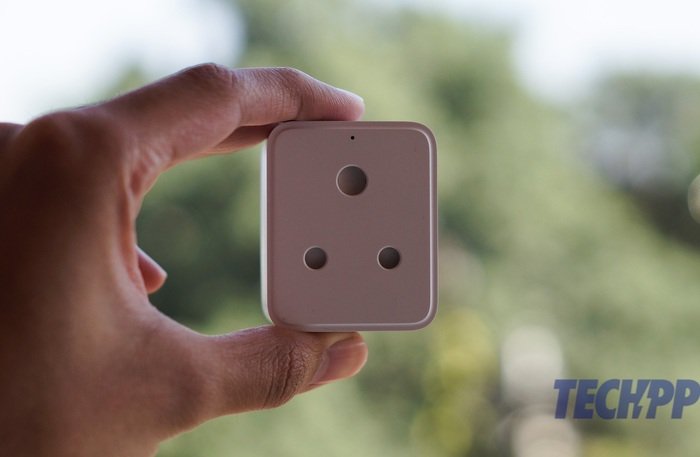 The Realme Smart Plug carries a price tag of Rs 799. And for that price, it is a must-have accessory for your home. When compared to some of the other popular smart plugs, those from the likes of Amazon and Syska, Realme’s offering comes out on top as a better value for money device. Thanks to a variety of different features, as well as safety/protection measures, which most of the other brands lack, despite their higher pricing. Moreover, what even adds to the proposition is support for Google Assistant and Amazon Alexa, which makes controlling the plug easier and elevates the experience up a notch.

So, if you are looking to get a smart plug and you use an Android phone, the Realme Smart Plug is probably the best offering you can get under Rs 1000. Even when you compare it with the DIY-style plugs, you will find Realme’s offering as a better overall package. However, if you use an iPhone, you are out of luck. At least for now — until the Realme Link app arrives on iOS and Siri support is available. In which case, you have to resort to some other brand.

Syska Smart Plug (16A) and Smart Mini Plug (10A) Launched in…
The Redmi Note 11 series arrives in India... but has it put…
DailyObjects Surge 3-in-1 Review: A must-have for iOS…
Amazon Echo Flex plug-in Smart Speaker Launched in India
Ecosystem expansion and going back to roots - the OnePlus…
Smart Home Security: Absolute Guide to Smartly Secure your…