Huawei’s sub-brand Honor has today announced its latest smartphone, the Honor 10X Lite, for the global markets. The Honor 10X Lite got first announced in Saudi Arabia last month, and it is essentially a toned-down version of the Honor 10X smartphone — aimed to cater to the mid-range segment. What still remains unchanged, however, is that there is still no support for GMS onboard due to the ongoing dispute between the Trump administration and Huawei. 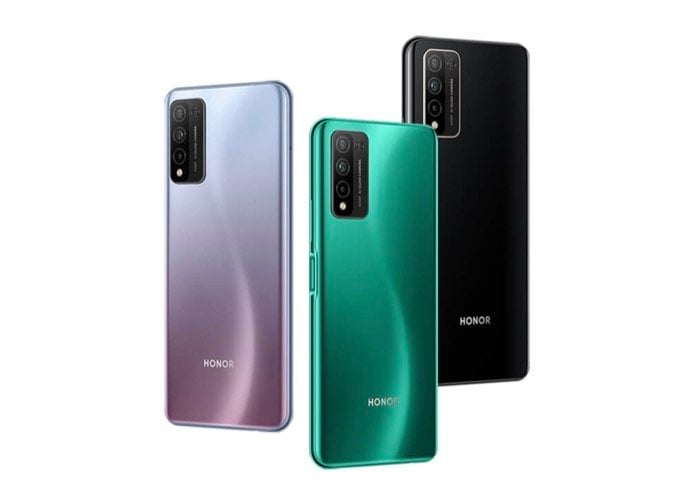 In terms of design, the Honor 10X Lite appears to have a gradient-finish design on the rear. There is a rectangular camera module on the back to incorporate the quad cameras. Towards the front, the device features a 6.67-inch IPS LCD display with an FHD+ resolution. The display also has a hole-punch cutout to house the front-facing camera. Honor 10X Lite comes in three colors: Icelandic Frost, Emerald Green, and Midnight Black.

The Honor 10X Lite runs on Kirin 710A, which is an octa-core based on the 14nm process, clocked at up to 2.2GHz of clock speed. And it incorporates the ARM Mali-G51 MP4 GPU to handle all the graphics processing. The processor is coupled with 4GB of RAM and 128GB of internal storage (expandable up to 512GB with a microSD card). To power the internals, there is a 5000mAh battery with support for 22.5W fast charging.

As for other specifications, the Honor 10X Lite comes with dual 4G VoLTE, Wi-Fi 5, and Bluetooth 5.1. It features a side-mounted fingerprint scanner for authentication along with a 3.5mm audio jack and a USB Type-C port. On the software front, the device runs on Magic UI 3.1 based on Android 10 out of the box. 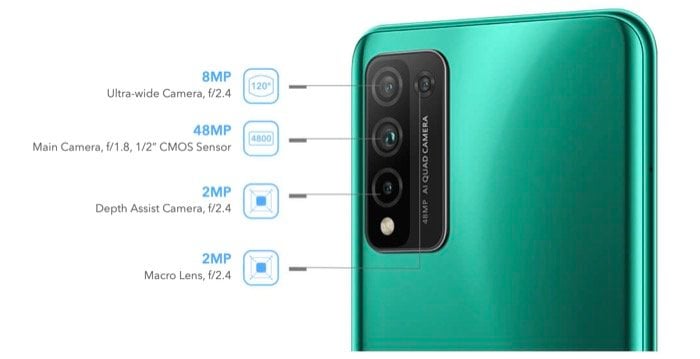 In the camera department, the Honor 10X Lite sports a quad-camera setup on the rear, with an LED flash. The setup includes a 48MP (f/1.8) primary sensor accompanied by an 8MP (f/2.4) ultra-wide lens, a 2MP macro lens, and a 2MP depth sensor. On the front, the device has an 8MP shooter.

The Honor 10X Lite comes in only one configuration: 4GB + 128GB, priced at €229.90. It will be available in certain regions starting today.

Was this article helpful?
YesNo
TechPP is supported by our audience. We may earn affiliate commissions from buying links on this site.
Read Next
Huawei sells its Honor smartphone brand in a bid to ensure its survival
#Honor #honor 10x lite