As others do routine, OnePlus gets funky in TWS

How much can you actually do with a TWS in terms of design? The form factor is limiting. You have to have buds, you can or can not have a stem, and maybe add some hook supports for the ear, but what else can you do? Change the shape of the case?

Those were the words of an executive from a brand that ventured into truly wireless earphones (TWS) last year when he was asked why his brand’s TWS looked so much like those of others. Well, fortunately, the executives at OnePlus do not seem to have heard him. For, whatever be the merits of their sound and functionality, what cannot be denied is that OnePlus has gone and made TWS…well, funky. 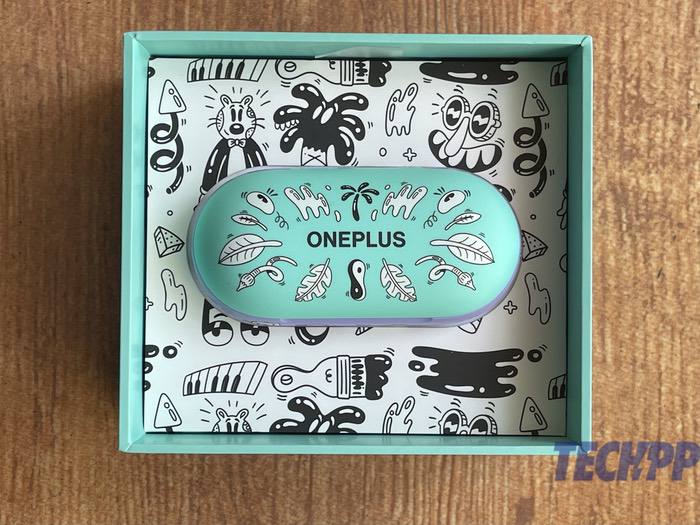 First, there was Nordic Blue

The brand started it off with its first TWS, the OnePlus Buds, which had normal white and gray variants, but also came with a “Nord Blue” variant, and here, the brand went a little crazy with bright blue earbuds and a stem and a blue case with fluorescent green interiors. Yes, we had seen brands do the odd color experimentation, but this was frankly another level. Some purists muttered “too loud” but we…well, we liked. Because we were sick and tired of every TWS trying to look like something out of Cupertino. Even the likes of Skullcandy, which are known to be open to experiments in design, were surprisingly conservative in TWS.

Normal service in OnePlus TWS seemed to have been restored when the second series of TWS, the Buds Z were launched. This time, the colors were the rather sober white and gray. It seemed as if after a brief flirtation with the crazy side, OnePlus had retreated to a more routine color palette. Hah, fat chance. For, with the Steven Harrington Edition of the OnePlus Buds Z, OnePlus seems to have reiterated that normalcy is an option and not the rule in its TWS zone. 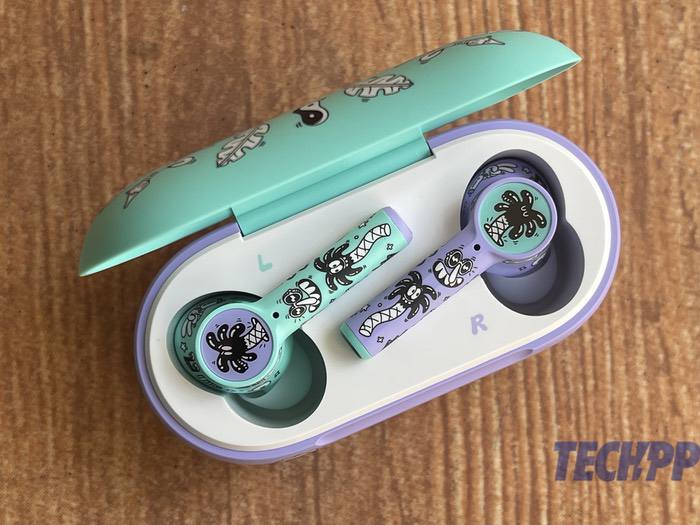 For, we have never quite seen anything like these TWS. The Steven Harrington Edition of OnePlus Buds Z are, as the name indicates, made in collaboration with Los Angeles-based artist and designer, Steven Harrington. He is best known for an animal character called Mello, and well, for these TWS, he created one called Cool Cat. Now, we have seen designer collaborations with tech products that have been rather minimalist and limited mainly to a few shades and textures. 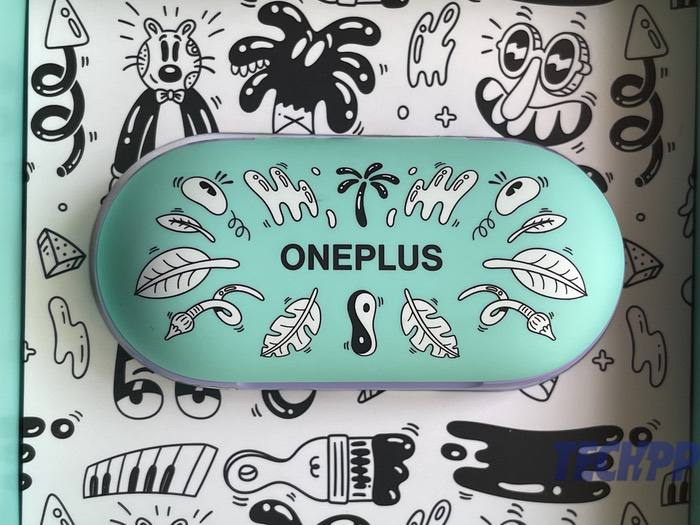 The OnePlus Buds Z, Stere Harrington Edition, are anything but that. There is no subtlety, no “look carefully and feel the resonance of the textures” thing about them. No, they are right up in your face from the moment you clap eyes on them, They come in a blend of purple and mint (a sort of bright green) and the illustrations start right from the case itself, which is mint on top and purple below. Even the area around the case in the box is covered with illustrations. And the good thing is that these are just so so fun and amusing. There is no attitude statement here – just a lot of cartoons on a box. There is Cool Cat, and we suspect even Mello (or someone who looks like him) in there, trees, brushes, feathers, and yes, if you look closely enough, you will spot a OnePlus logo as well. This pattern carries on to the buds themselves, one of which is mint and the other purple.

A higher price for those fun looks! 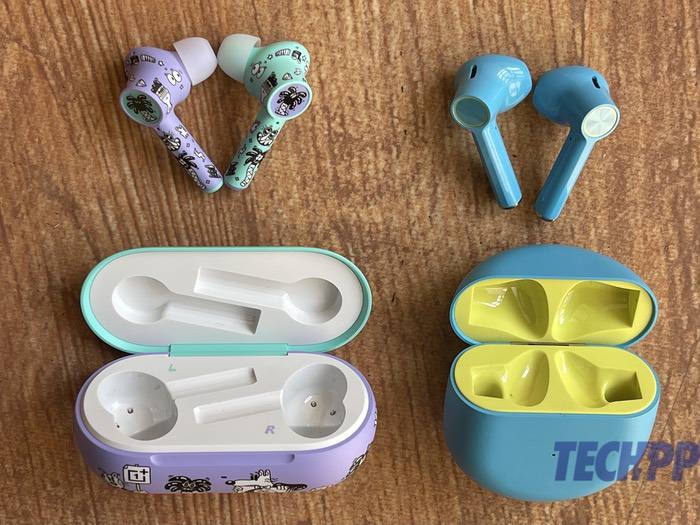 In a TWS world that is obsessed with plain black, white, and greys, we simply loved the riot of colors (even though there were mainly four – mint, purple, black, and white)) and sketches in the OnePlus Buds Z Steven Harrington Edition. We would have liked a purple and/or mint cable to round it off, but OnePlus stuck with its iconic red one here. Understandable to an extent, but well, we do hope they will consider an alternative in the coming days. 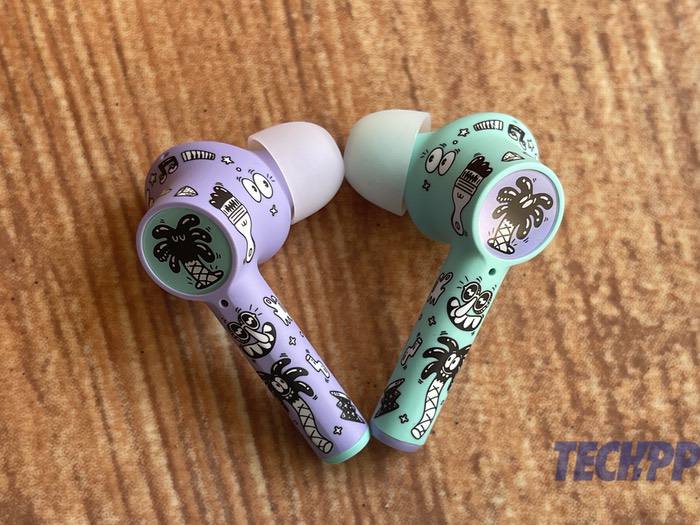 The OnePlus Buds Z Steven Harrington Edition retail for Rs 3,699, which is well above the Rs 3,190 for the regular editions. They have exactly the same specs, features, and sound like the regular edition (pretty good with a relatively balanced sound), but well, they look like no other TWS out there. They look fun – and that is something that we cannot say about any other set of TWS out there. You will look at them and smile. And we reckon there will be folks willing to pay a premium for that.

All said and done, we are delighted to see someone daring to bring on the funk in what has so far generally been a rather conservative segment in terms of design and appearance.