The Lypertek Levi are the second TWS from Lypertek to be released in the Indian market.
The Levi come after the Lypertek Tevi which won rave reviews all over the world for their near-audiophile level sound at a surprisingly affordable price.
The Levi are priced at Rs 4,999 and attempt to hit similar high audio quality notes as the Tevi, adding wireless charging and a new interface to the mix.
They go up against the likes of the Oppo Enco W51, the Realme Buds AirPro, and the OnePlus Buds.

In late 2019, Lypertek shook up the audio world with its Tevi truly wireless earphones (TWS) that delivered outstanding sound at a surprisingly affordable price. Well, the brand is back with its second TWS offering, called rather rhythmically the Levi. And these come with an even lower price tag while trying to deliver the same level of sound. 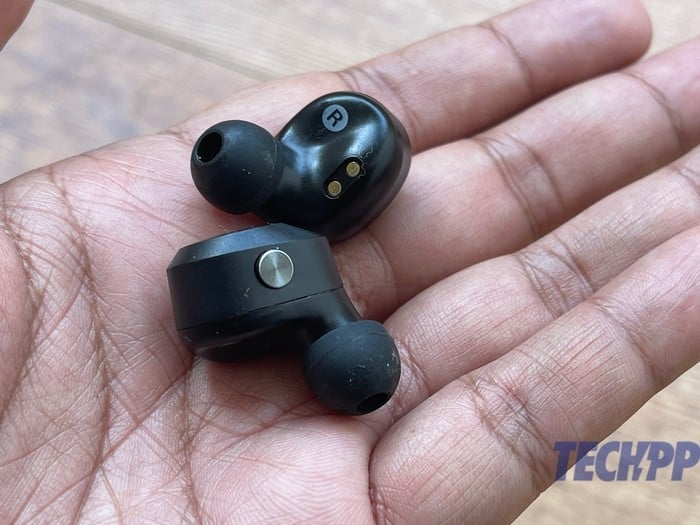 Do they succeed? Well, largely. The Levi are in my book the best sounding TWS below Rs 5,000. Of course, they do not sound as good as the more expensive Tevi, but they are well ahead of the likes of the Realme Buds Air Pro, the OnePlus Buds, and even the Oppo Enco W51. And the main reason for that is the fact that their sound is remarkably detailed and clear. Yes, it has a slightly more bass accent than the Tevi did, but the tuning is very similar – the attempt is to maximize clarity and keep flavoring to a minimum. The result is you end up with a surprisingly well-balanced sound for this price point. What’s more, volume levels are also very impressive, even though the buds come with relatively modest-sized 6 mm drivers. They do not have the same level of treble that the Tevi had, and are slightly heavier on the bass but are very balanced by general standards – and most TWS in this point go a little crazy on bass, OnePlus being a very worthy exception.

I suspect the absence of aptX support takes a bit of the edge off the sound of the Levi, but by and large, if you are a music lover, Levi’s clarity and the volume level will literally strike a chord with you. These are best for jazz, country, and rock, though. Those who love trance, underground, and dance tracks might find these sounding just a little too flat for their beat-driven tastes. 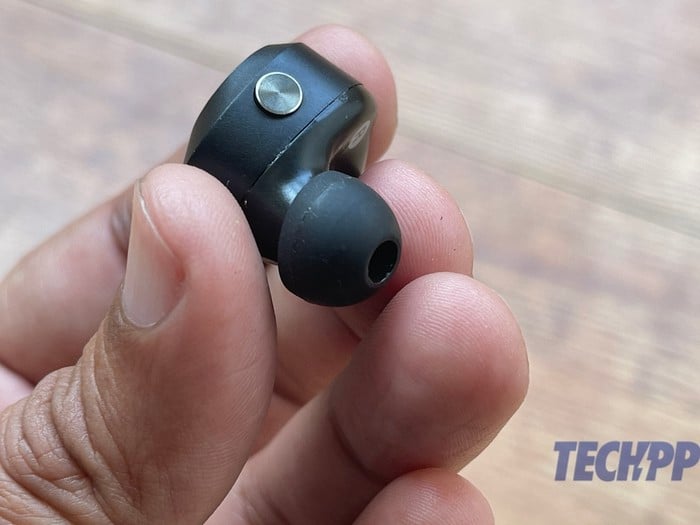 In terms of design, the Levi are very plain. The case is black plastic and has none of the fabric feel that marked the Tevi – the case is sturdy but picks up scratches and smudges very easily even though it does not have a matte finish. The buds are plastic, have no steams ( just like the Tevi), and have no silver accents on them (unlike the Tevi). They are jet black, a little larger than the Tevi, and also are more curved, They come with a LED on each to show the connection – red when connecting, white when connected. They fit in snugly and are comfortable enough – there are three tip options for those needing a different fit. The buds are IPX5 rated, which means they are splash resistant, making them good enough for outdoor and gym sessions – the case has no IP rating though. 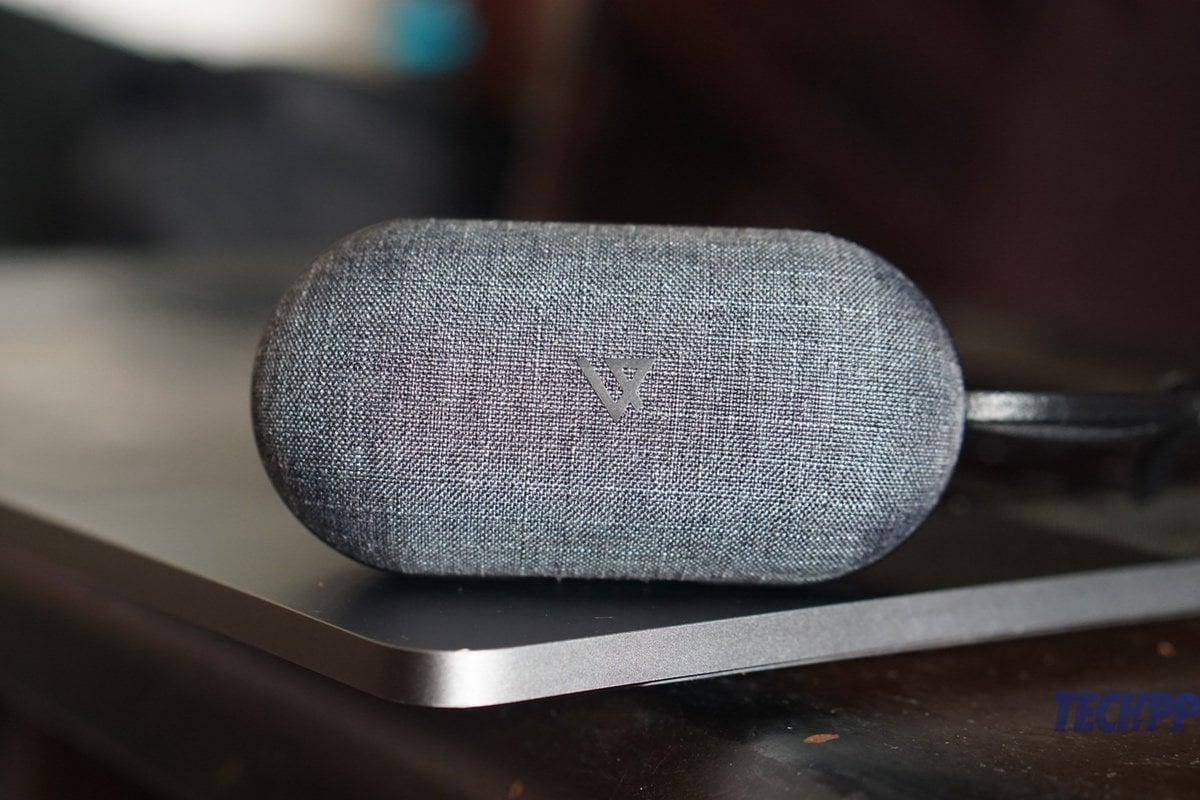 A big change from the Tevi is the control system on the buds – the Tevi had the back of the buds as a button which was inconvenient to use, as you ended up pushing the buds further into your ear every time you pressed them. Well, the Levi have now placed a single button on the side of the buds, and you can press it to access functions like pause and play, skip tracks and take and reject calls, and even control volume (long press on right to increase, long press on left to decrease) and so on. The positioning of the button is clever – it is right on top of the bud when it is in your ear and as it is the only button on them, it is easy to find. Once you have got the hang of how many times you need to press the button for which functionality, things work just fine. There is even an ambient sound mode to let you hear external sounds – a handy option when you are outside.

Great battery life, but we need to call out the call quality 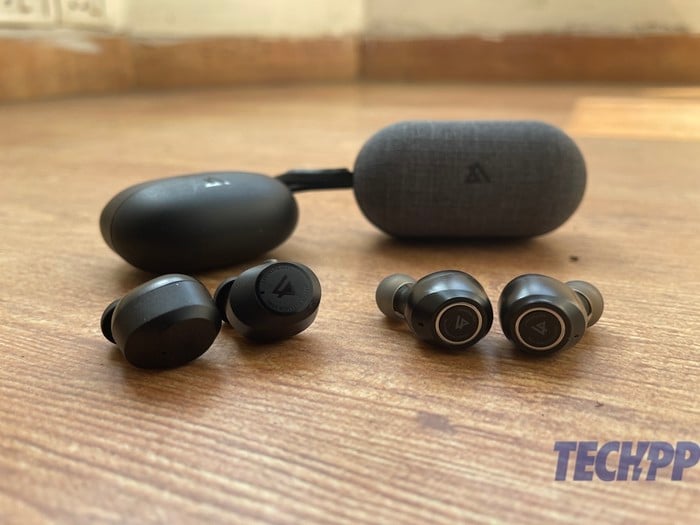 Battery life is eight hours on the buds, and the case adds forty hours. Those are very impressive figures and well ahead of most of the completion at its price, if below Tevi levels, which were among the best we had seen on any TWS. There is also support for wireless charging, which is a handy option to have, even though charging is way faster on the USB Type C port. Connecting them is simple – flip open the case and they show up in the Bluetooth devices section of your phone. There is no accompanying app, though.

But if the Levi score on sound quality, they miss a beat (pun intended) when it comes to some other functions. For one, the buds often did not disconnect from our phones even when we placed them in their case, which was a bit of a pain. Then there is the microphone quality – making calls was not the greatest experience on them, with people we were talking to often complaining that our voices were too faint or there was too much ambient noise. There were also some latency issues during intense gaming, with sound seemed a little behind the action. There will be some who will also ask for active noise cancellation given the fact that you get it from Oppo and Realme at this price point, but we think the Levi’s isolate enough sound through their fit, and the ANC we have experienced at these price points has not exactly been impressive to make a big difference. 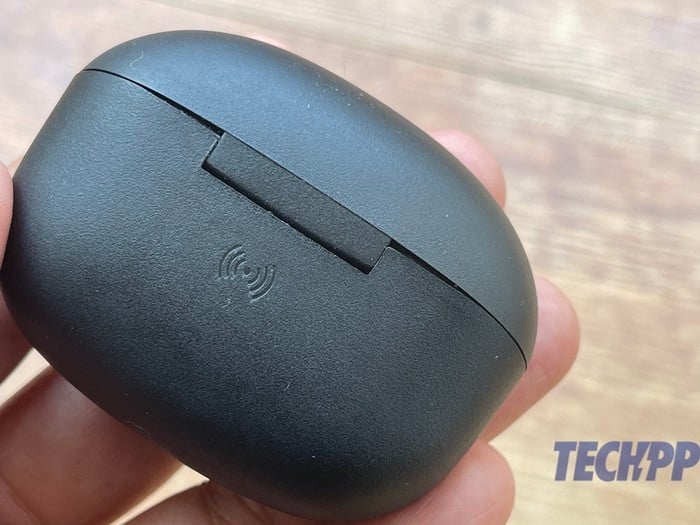 All of which make the Lypertek Levi a great option for anyone who wants a pair of TWS for listening to music or audio with great clarity – unmatched at this price point. Their call handling, however, leaves a bit to be desired, a flaw they share to an extent with the Tevi.

If you are looking for ANC, then you have the Realme Buds Air Pro and the Oppo Enco W51 which are available in the same price range (although the ANC is nothing much to write about at these price points). If you like a more bass-heavy sound then there are some very interesting options from Noise and Realme, although we think Skullcandy has the best ones such as the Push, Sesh, and the Sesh Evo.

Of course, if you can stretch your budget, we would say go for the Tevis which sound better. But if great sound without wires is what you seek on a sub-Rs 5,000 budget, these are easily the best around in the market at the time of writing.

Review Overview
Was this article helpful?
YesNo
TechPP is supported by our audience. We may earn affiliate commissions from buying links on this site.
Read Next
Skullcandy Mod Review: Betting on doing the basics well
#Lypertek #Lypertek Levi #review