After months of anticipation and a market launch in China, the Realme GT NEO 3 has now arrived in India, the world’s second-largest smartphone market.

The Realme GT NEO 3 is a flagship killer from the company that falls between the budget range and the flagship range of devices like the Realme GT 2 Pro. 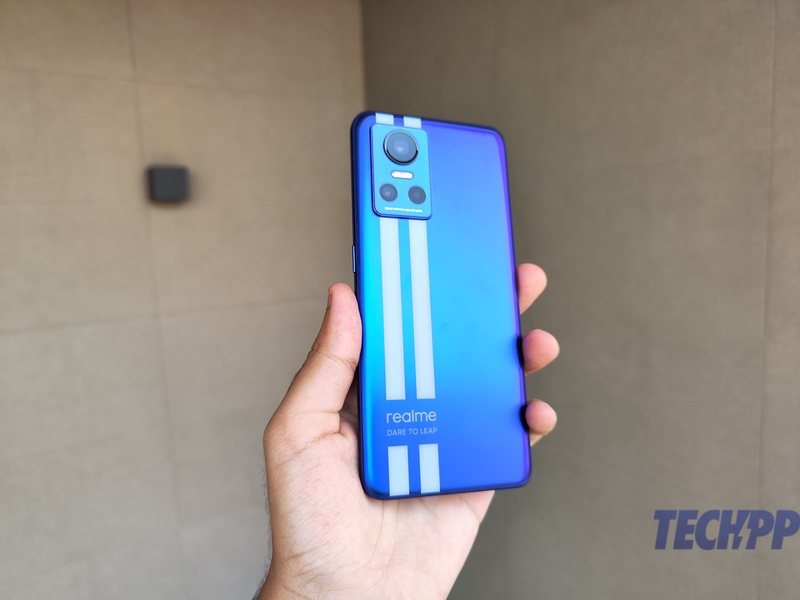 It is also one of the first devices to feature the brand new Mediatek Dimensity 8100 chipset, which promises to outperform the popular Qualcomm Snapdragon 888 chipset while keeping temperatures low.

However, the biggest highlight of the Realme GT NEO 3 is the Ultra-Dart charging function with 150 W, which can charge the device to 50% in just 5 minutes according to the manufacturer.

But do all these claims mean anything in real life? Is the MediaTek Dimensity 8100 the ultimate budget flagship chip we have all been waiting for? Let us find out in our Realme GT NEO 3 review.

Let us start with the design and build quality of the Realme GT NEO 3. Realme is known for experimenting with its designs, and the GT NEO 3 is no exception. We have the blue color variant of the smartphone, which looks pretty eye-catching with strong white stripes on the back. However, if you want something more subtle and mainstream, you can check out the white or black color variant of the device. 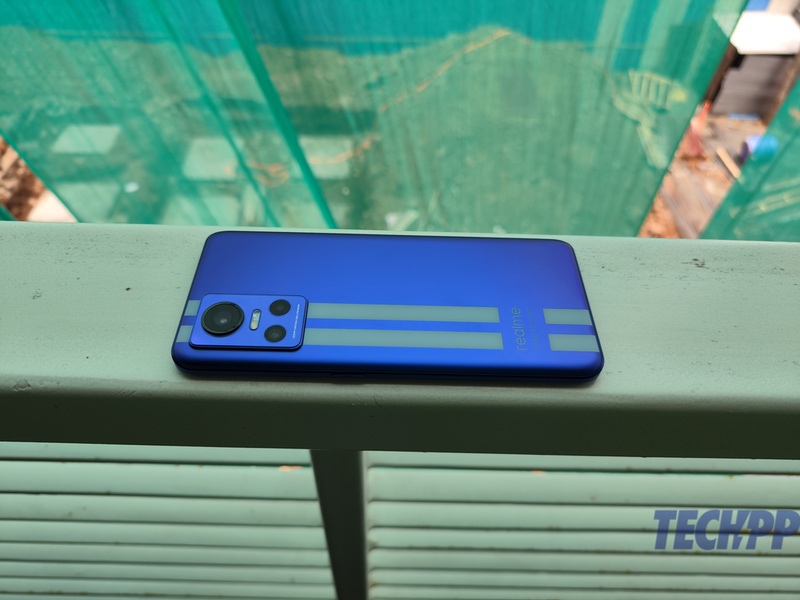 The build quality is also pretty decent for the price. Both the front and back of the device are made of glass, which feels good in your hands, but the frame is made of plastic.

About the display quality of the Realme GT NEO 3: The device has a 6.7-inch display (FHD AMOLED) that offers very good performance. Vivid colors and deep blacks provide a healthy viewing experience. 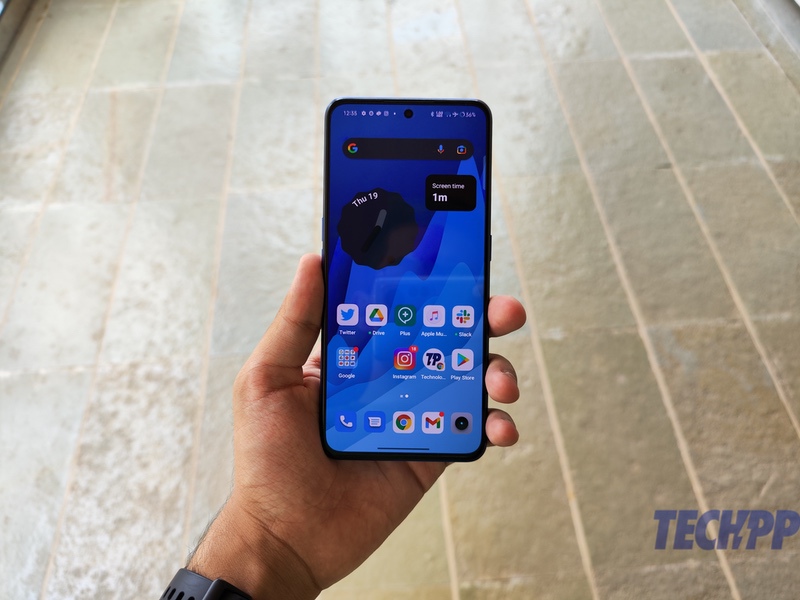 In addition, the display is updated at 120 Hz, which leads to an overall smoother experience when using the device. The NEO 3 has a standard 120 Hz screen, unlike the Realme GT 2 Pro, which uses LTPO 2.0 technology to reduce the refresh rate to as low as 1 Hz, depending on the task at hand. Is this a cause for concern? Certainly not, because the battery life is quite good even though the device runs at 120 Hz all the time.

Thanks to the AMOLED display, the optical fingerprint scanner underneath the display worked great and unlocked the device every time without any issues. However, I would have liked to see the scanner placed a bit higher up, which would have made unlocking the device more comfortable. Nevertheless, this is not a reason for the complaint. 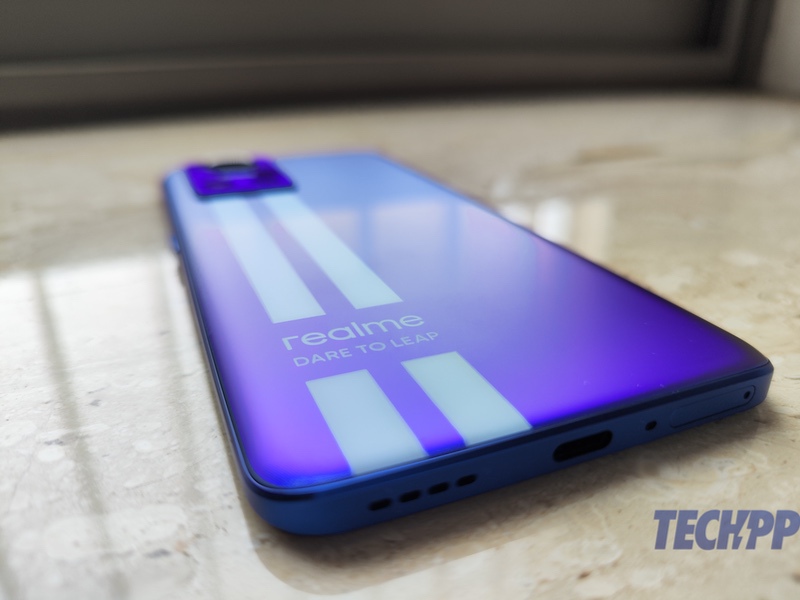 We were pretty excited to test the Realme GT Neo 3 as it was one of the first devices in India to feature the new Mediatek Dimensity 8100 chipset and spoiler alert; it did not disappoint.

For quite some time now, Qualcomm has dominated the smartphone market with its flagship 8-series chipsets, which have caused a lot of buzz lately, but for all the wrong reasons. Current Qualcomm chipsets like the Snapdragon 888 and 8 Gen 1 suffer from issues like overheating and poor battery life due to the performance offered.

The Mediatek Dimensity 8100, on the other hand, is said to offer the same level of performance while keeping heat and price in check. The Realme GT NEO 3 runs through everything you put in front of it with ease, keeping heat generation and throttling in check. We also ran a CPU throttling test, and the 8100 did not disappoint, throttling to just 82% of its total power. 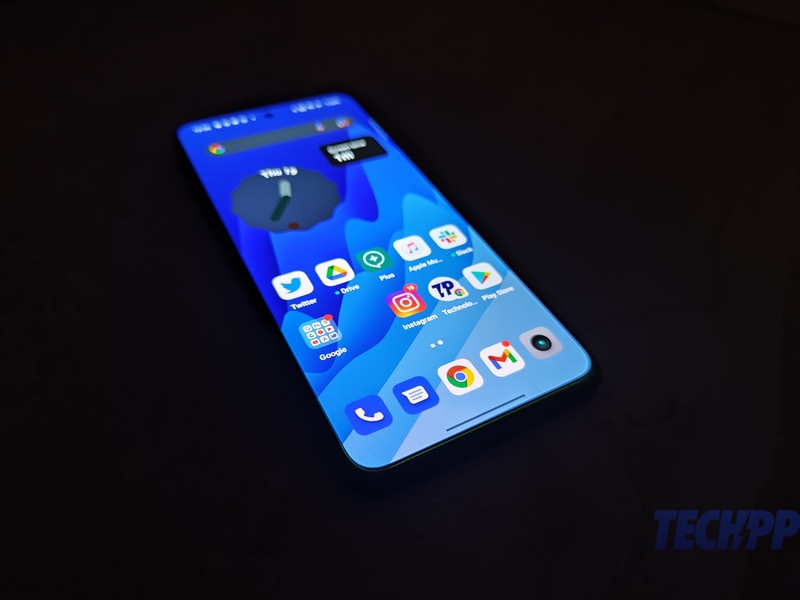 When we first unboxed the unit and put it to work, we noticed slight frame dropouts and judder on UI, but perhaps that was because the 8100 is a new chipset and still needs some tweaking. To check this, we postponed our test to an OTA update, and when the new update arrived, all the mentioned issues were fixed. 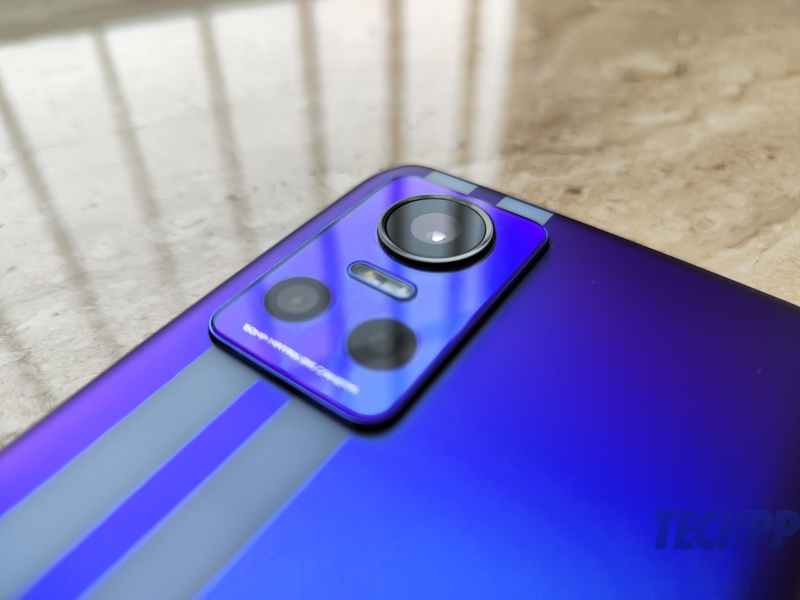 The primary 50 MP camera performs well in daylight with great color reproduction and good detail. The dynamic range was also quite decent. However, images were sometimes a bit oversharpened and washed out, but it was fine for most.

Indoors and in low-light conditions, the camera delivers surprisingly good results with enough detail and sharp images. Even if the pictures were a bit noisy, they turned out well. 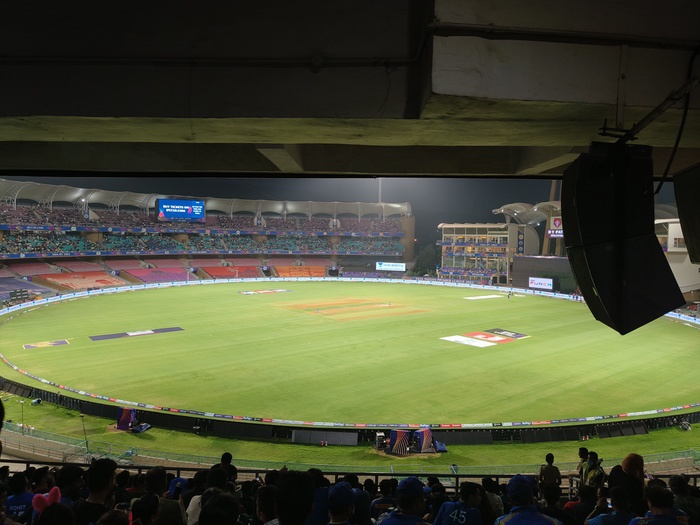 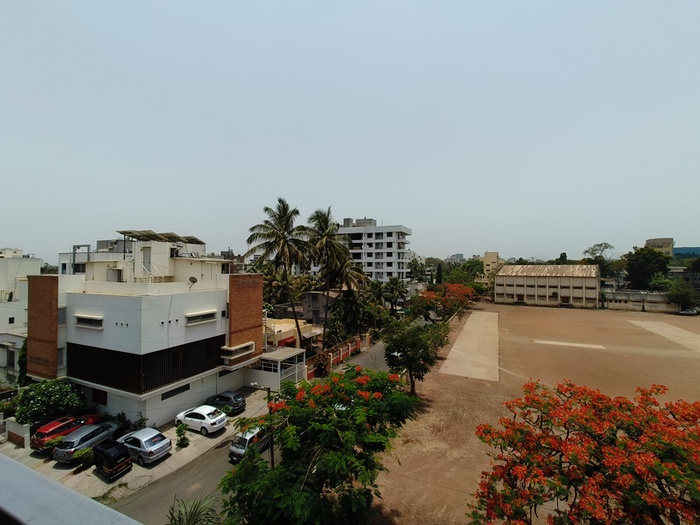 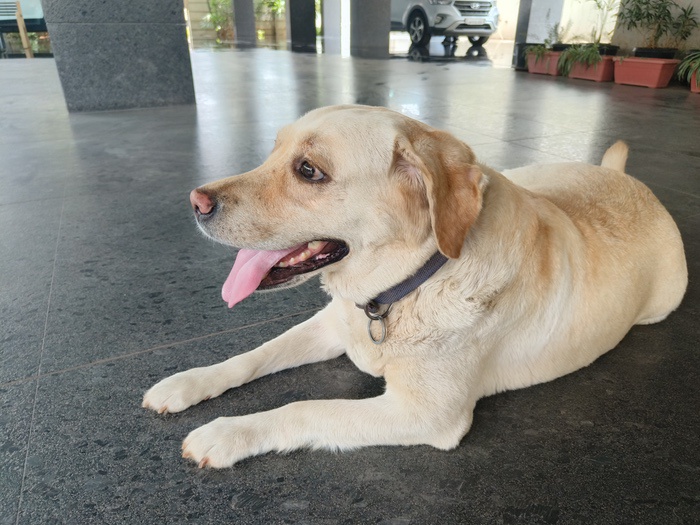 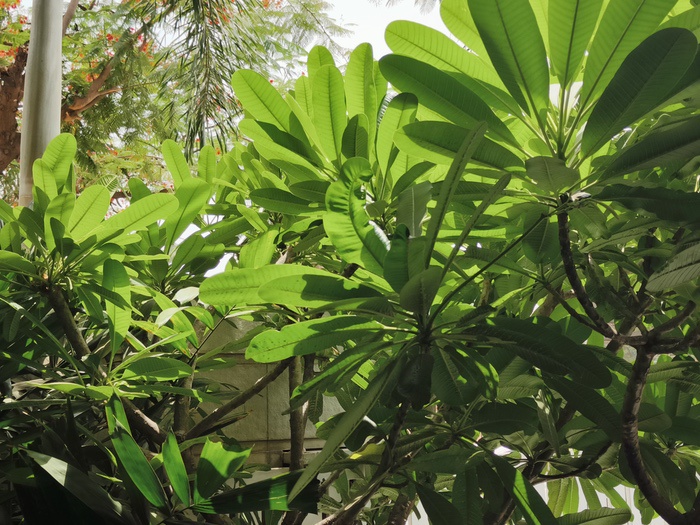 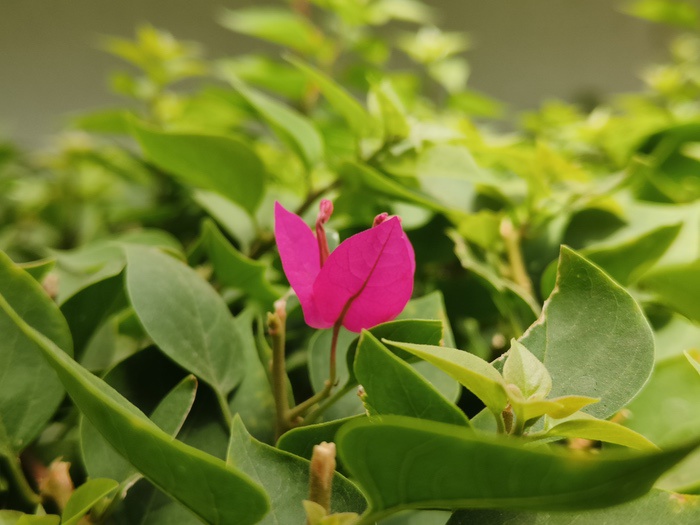 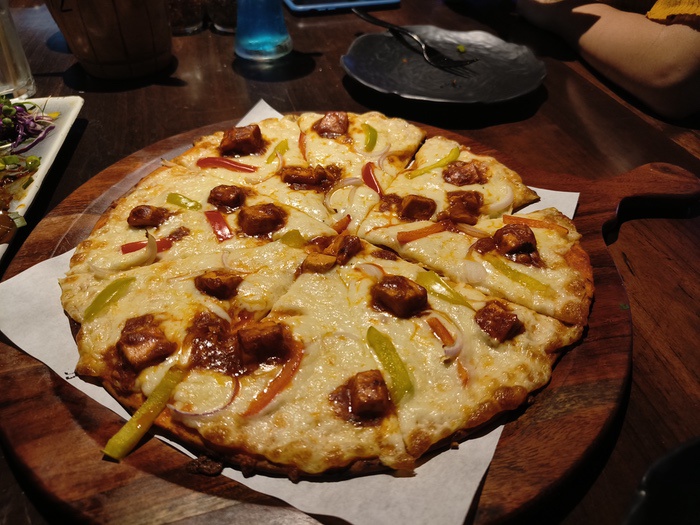 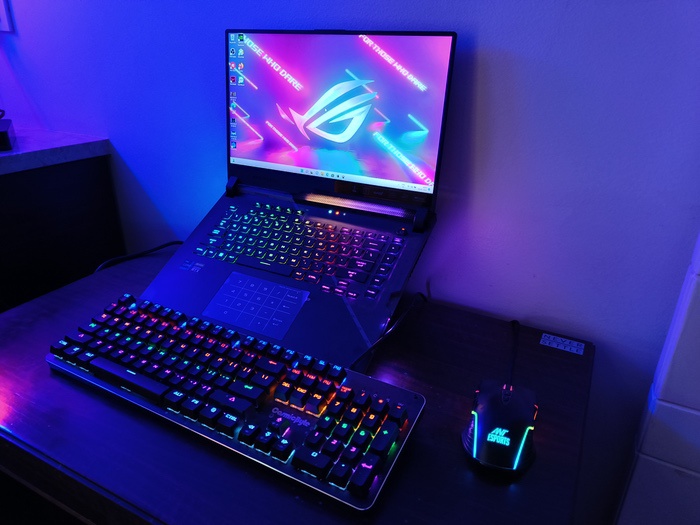 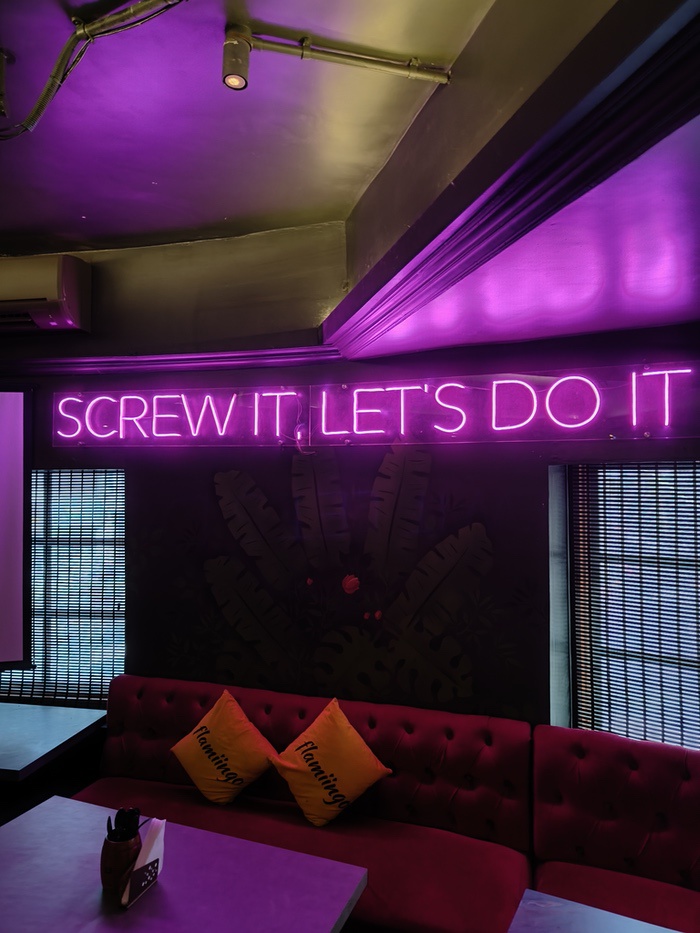 The 2MP macro camera was average at best and not particularly helpful. I would have preferred a telephoto/microscope lens instead of the low-res macro lens.

As for the 16 MP front-facing camera, the pictures are sharp and detailed. However, we noticed some embellishment, and the dynamic range could have been a bit better as well. Color reproduction was mostly okay, though, so there are no complaints here.

The device can shoot video at 4K 60FPS, and the footage is pretty good, with fast autofocus and nice, vibrant colors. However, the videos are a bit jerky at times, which tarnishes the overall experience a bit.

Video recording with the front camera was also pretty good, and you can easily record videos at 1080P, which is good. 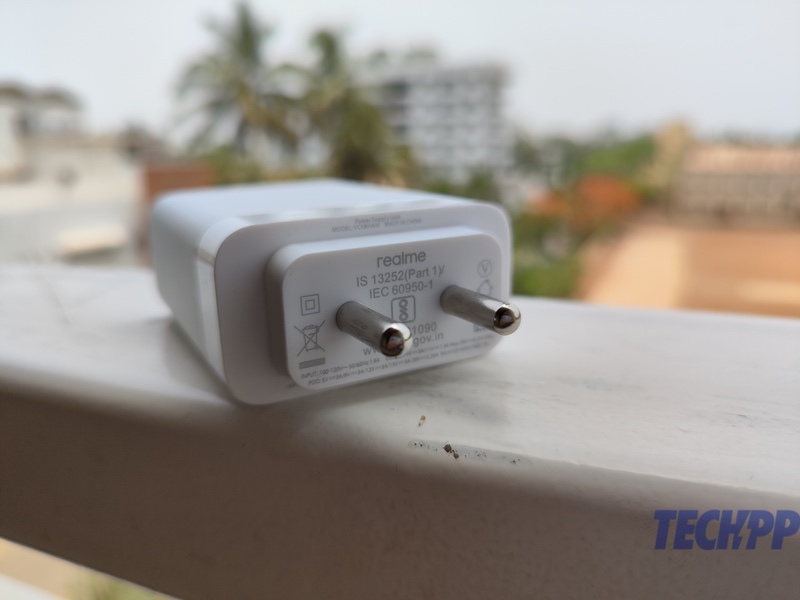 The biggest highlight of the Realme GT NEO 3 is the insanely fast 150W charge, which works phenomenally. We ran several charging tests, and each time the device managed to charge to 100% in less than 16 minutes, which is super fast. Even though we were not able to test the 80 W variant of the device, it should also be very fast to charge the device.

With the 150W variant of the Realme GT NEO 3, you get a 4500 mAh cell that works sufficiently well thanks to the efficient 8100 chipset. We achieved an average of 5-6 hours of screen runtime during moderate to intensive use, which is very good considering the performance offered. Moreover, the battery life should get even better with the 80W variants of the device that get a 5000 mAh battery cell.

As for the software, the Realme GT Neo 3 runs on Realme UI 3.0 based on Android 12 out of the box and will receive two Android updates in the future.

The UI is well optimized and I did not notice any major bugs or issues, aside from the minor stuttering that seems to have been fixed with the device’s latest software update.

But like the Realme GT 2 Pro, this device is packed with bloatware that detracts from the flagship killer experience. While the bloatware can be uninstalled, it is time for the brand to start reducing the number of preloaded apps on its devices.

Also, I had no issues with ADS on UI, as I had already turned off the recommendation option in the settings, so no complaints on that front. However, the Glance at Realme option kept showing up on the lock screen even though I had already disabled it, which got annoying after a while. 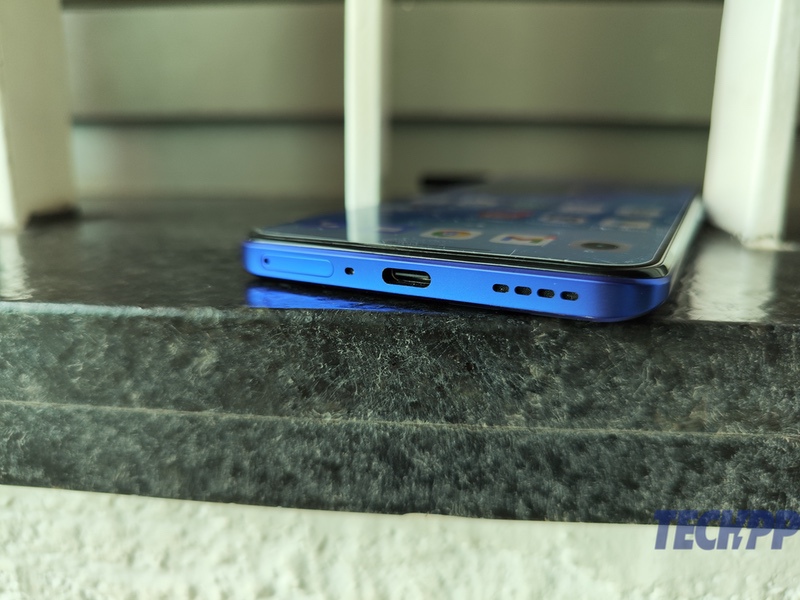 The Realme GT NEO 3 has two stereo speakers that are quite loud and provide good separation and decent bass. Like most devices in this price range, the device supports 5G, making it future-proof. The device also supports both WiFi bands, 2.4 GHz and 5 GHz.

We tested the device in both bands, and it performed exactly as we expected. We have a 100 Mbps plan, and the device consistently delivers that speed. In addition, the device also supports carrier aggregation, and that worked as expected. 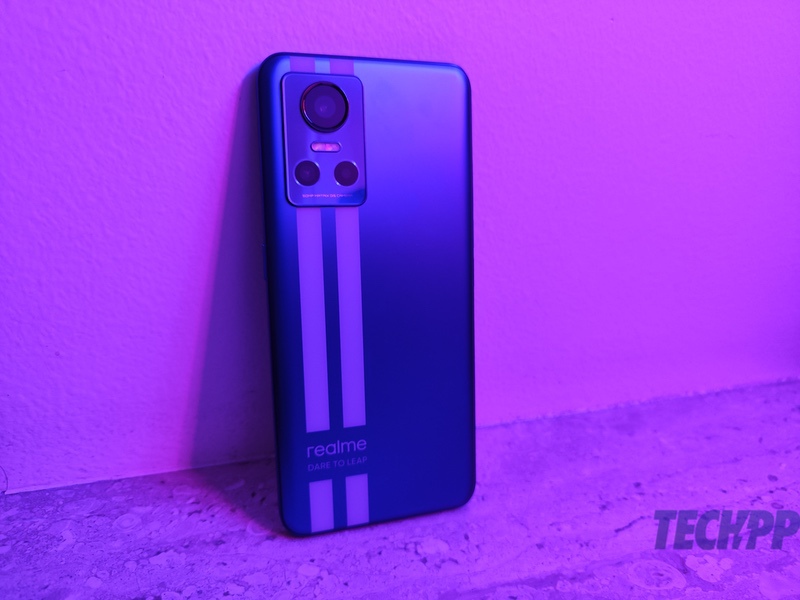 In summary, the Realme GT NEO 3 is a good value successor to the Realme GT NEO 2 and does many things right for the price. You get excellent 150W fast charging, great performance and display quality, a good main camera, and much more, making it an attractive proposition.

If there’s one device that beats out the NEO 3, it’s the brand’s own Realme GT 2. With the Realme GT 2, you get the tried-and-true Snapdragon 888 chipset and an extra year of Android updates compared to the NEO 3. However, you’ll have to do without the super-fast 150W charging on the GT 2.

If you value Android updates more, you should go for the Realme GT 2, but if you are always in a hurry and want super-fast charging and better heat performance, you should buy the Realme GT NEO 3, because it will not disappoint you.