When Windows 7 beta was released in Jan 2009, we had seen the list of antivirus (not) compatible with Windows 7 and BitDefender was not one of them. But the good thing is, at this time when Microsoft Windows 7 is ready for its official public launch on October 22, one of the most popular antivirus vendors, BitDefender is ready with their next iteration of security software for Windows 7.

BitDefender Antivirus 2010 for Windows 7 has been official launched and up for grab! It provides advanced proactive protection against viruses, spyware, phishing attacks and identity theft, without slowing down your PC.

Features of BitDefender 2010 Antivirus for Windows 7 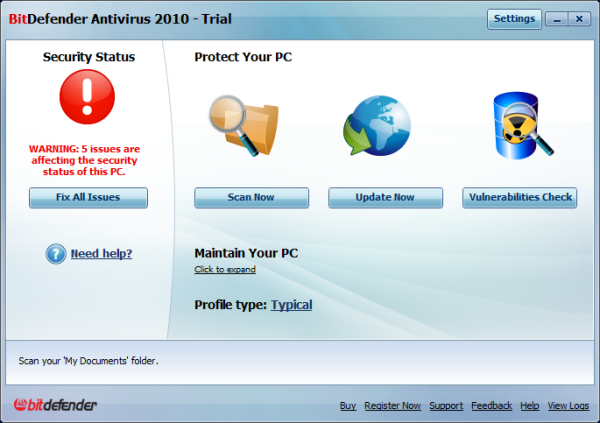 1. Protects against viruses and other malware using industry-leading technology

2. Scans all Web, e-mail and instant messaging traffic in real-time

Was this article helpful?
YesNo
TechPP is supported by our audience. We may earn affiliate commissions from buying links on this site.
#bitdefender #windows 7 antivirus