Samsung Galaxy Tab hits Verizon Wireless on November 11th and is (over)priced at $599. The 7 inch Android tablet arrives 2 weeks after Apple’s iPad debut on Verizon for a $630 price. 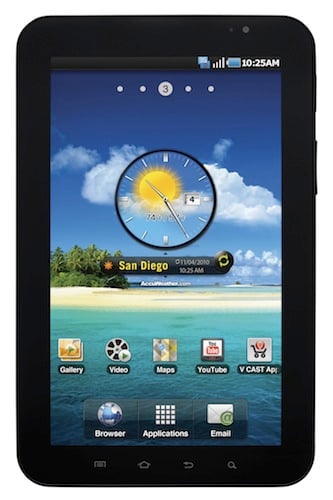 Just like the iPad, Samsung Galaxy tab will be sold without contract and for a similar data plan – which starts at $20 per month, and comes with 1 GB of data. The Android tablet is expected to be sold on all four major US carriers – AT&T, T-mobile, Sprint & Verizon Wireless. Other 3 carriers are yet to announce their pricing and data plans for Galaxy tab.

Many were expecting the tablet to be priced sub-$200 with contract, but not to be. If you were planning to buy a tablet, does this news encourage or discourage you to go for Samsung Galaxy Tab? Shoot in your comments.

Was this article helpful?
YesNo
TechPP is supported by our audience. We may earn affiliate commissions from buying links on this site.
Read Next
T-Mobile is Buying Sprint at $26 Billion Amid Regulatory Concerns
#ATT #galaxy tab #galaxy tab price #samsung galaxy tab #sprint #t-mobile