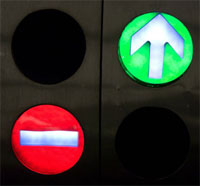 As controversial as ad blocking is, there’s no doubt that it is popular. Adblock is the most popular Chrome extension as of this writing, with more than double the users of its nearest extension.

Millions of surfers are at least installing ad blocking applications and, though many sites complain about the practice, it is clearly a trend that is here to stay. As a web publisher, this is not something we personally like to suggest, since many publishers and bloggers depend upon such ads for their livelihood.

But if you do decide to download an ad blocker, there are many to choose from and ones for nearly every browser and operating system. With that in mind, here are ten of the more popular ad blocking applications out there and what they can do for you.

Note from the editor: If you love our blog, check this – Why Ad Blocking is devastating to the sites you love

The most-downloaded Firefox extension of all time, AdBlockPlus is the best-known name in ad blocking with versions available for both Chrome, Firefox and the Linux browser K-Meleon. Works through a series of filters that automatically update, akin to virus protection, and users can also add elements to their local list.

AdBlock is the most popular extension for Google Chrome and is also available for Safari. Similar to AdBlockPlus, AdBlock’s Chrome extension actually comes in two parts, the first extension that does the filtering and the second is the button that lets you control it from within your toolbar.

Privoxy is not an extension to a browser, but rather a proxy server that you run on your machine that filters out ads (or other unwanted content) as you surf the Web. This means it works with any browser though currently it is only available for Windows 32 bit and some Linux distributions.

Mac users who want a Proxy ad blocker similar to Privoxy can use GlimmerBlocker. The default installation comes with a standard filter set that, by design, is not meant to be 100% effective. However, other users have also created custom lists to help with specific sites.

Though AdSweep has a Chrome extension, it is best known as a JavaScript file that is installed in the browser. With versions for Chrome, Opera and Firefox (though the latter has only limited support), it claims to be able to work better than other ad blockers though it admits to being more complex.

Since extensions for Opera are relatively new, the most-used ad blocker (and most popular extension) is not as robust as others. However, NoAds shows a great deal of promise and can already import filters from EasyList, which AdBlockPlus uses. Noads has some bugs but is under rapid development.

For those who don’t want to block ads across all sites, just webmail sites where such ads may interfere with message writing and reading, Webmail Ad Blocker is available for both Chrome and Firefox, letting you filter ads on Gmail, Yahoo! Mail, and Hotmail, thus giving you your screen real estate back.

As with the Webmail Ad Blocker, Facebook Ad Blocker is a targeted extension, this one just for Google Chrome, that blocks ads on Facebook alone. Useful for anyone who doesn’t mind ads elsewhere but is annoyed by Facebook’s efforts.

Another Chrome Extension, YouTube Options makes it possible to block ads on the video-sharing site as well as make other changes to the user experience such as hiding content on the page, editing prebuffers, setting default resolution, and more.

Though not technically an ad blocker, Flashblock targets many of the Web’s most annoying ads by blocking Adobe Flash and related content from loading without explicit permission. Many animated, popup or otherwise annoying ads use Flash, making this a tool for stopping the worst offenders while letting less-annoying ads through. Versions are available for Firefox, Chrome, and Opera.

Perhaps the most compelling thing to be said about each of the ad blocking tools above is that each and everyone one of them is free. Though many accept donations, they are all free to use and several are open source.

If you’re interested in trying ad blocking or improving your experience, there is no shortage of options to choose from and, most likely, a solution that will work for you with your preferred browser and operating system.

All you have to do is choose the tool that fits your needs and gives you the experience you want.

This was a guest post by Lior who is an advisor to a live chat support software company.

Ten years, Ten Amazing facts about the iPad
Happy Birthday to Mi: Ten Years, Ten Things You Might Not…
Got iOS 13? Try out these Ten simple features!
Best Pulse Oximeter You Can Buy Right Now
How to Use WhatsApp Multi-Device Feature on Any Smartphone…
How to Upgrade to Windows 11 for Free Right Now