I just love Apple’s Magic Mouse for Mac. This aesthetically designed tool (along with the Bluetooth keyboard) doubles the awesome experience of using a mac. But then, unlike the keyboard, the magic mouse is a real big battery hogger. I had to buy a pair of rechargeable batteries specifically for this thirsty mouse, but then, I started to hate that as well, as I had to change the batteries quite often. Luckily, the wonderful folks at Mobee sent across their Magic Charger for the review, which they claimed to solve all my magic mouse battery woes. Read on to see, if it actually helped me or not.

Mobee’s Magic Charger is a wireless charger specifically designed for Apple’s Magic Mouse. Just like the Powermat Wireless charging system, the Magic charger is based upon inductive charging technology. Along with the induction charger mat, you get a rechargeable battery pack, containing two NiMH AAA 800mAh cells, specifically designed for the Magic mouse and a USB cable to connect the mat.

The build quality is quite good. Though they are housed in recyclable plastic, the color and texture match well with the Magic mouse. Installing the battery pack was pretty straight-forward. We had to just remove the existing AA batteries and put on the Mobee’s battery pack and place the mouse on the charging pad when you are not using the computer. 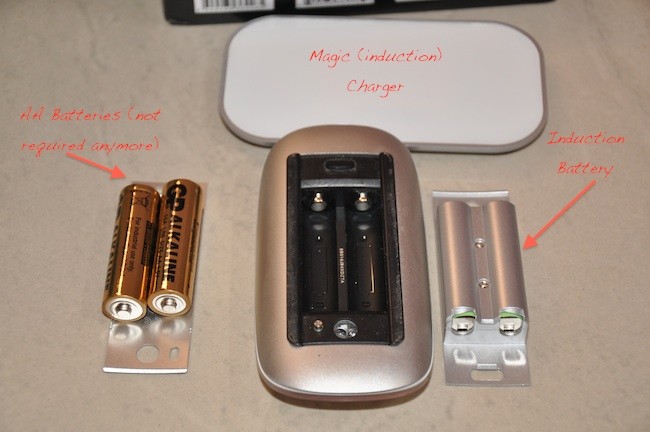 Although I had previously heard about some minor issues with getting the battery pack on, I personally didn’t have any problem with that. But then, I had some tricky issues with the charging pad. For some odd reason, the LED indicator on the charging pad kept getting OFF when I moved it around the table. Once I sorted it out, I just had to place the mouse on the pad in order to wirelessly charge it without having to worry about running out of battery power again!

One important thing to note here is that Mobee’s NiMh cells are actually AAA cells (1.2V) as against the 1.5V per cell as supplied by the normal AA batteries. This difference results in a major inaccuracy when viewing the battery level indicator on Mac OS. Even when the Mouse is fully charged, you will only see 70-80% reading. I hope Mobee would include this information on back of their Magic charger boxes. 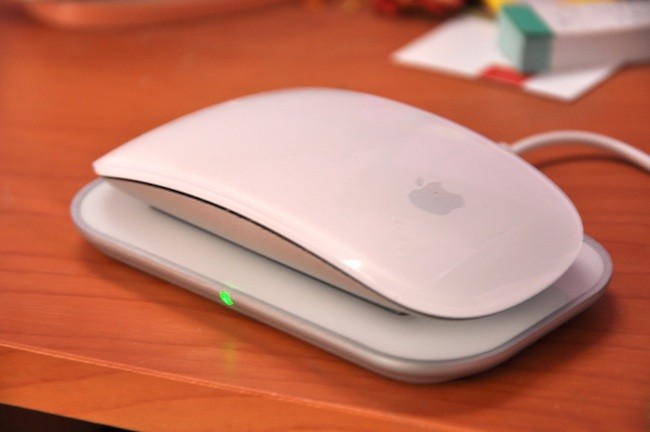 So, would I recommend? At $49.99, it is bit pricey for my liking. But it offers a real easy way to charge your battery-hungry Magic Mouse, without ever having to take out the batteries. So it’s a case of luxury vs necessity. But it’s a must-have accessory if you are environment conscious! You can buy it on Amazon or on the Mobee shop.

Was this article helpful?
YesNo
TechPP is supported by our audience. We may earn affiliate commissions from buying links on this site.
Read Next
Skullcandy Mod Review: Betting on doing the basics well
#Battery Drain #review