Yet again Mozilla has managed to leak the code of their latest version of Firefox browser! Firefox 6 has been leaked on the web and is available for download right away!

Though the official release of the latest version of Firefox was supposed to happen tomorrow (Aug 16th 2011), the Register reports that the Mozilla’s FTP server has the downloadable for Windows, Linux & Mac, since August 13th. 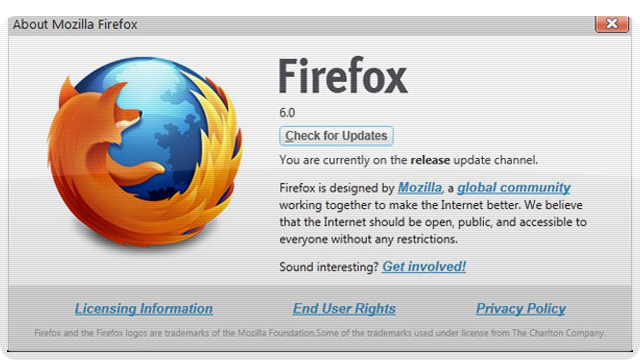 Mozilla has adapted the fast release cycles which has proved successful for Google’s Chrome. Firefox 5 was released just a couple of months back and we already have information about Firefox 7 which is due later this year.

Firefox 6 doesn’t big any big changes to the UI, but promises a 20% improvement in speed. The fast iterations would mean lesser changes and hence seamless experience doe the users.

If you are the impatient types who don’t wish to wait for the official announcement, go ahead and download Firefox 6 Final version right away from the Mozilla FTP server. Direct downloadable links are given below.

The post will be updated as and when the official links are announced tomorrow.

Was this article helpful?
YesNo
TechPP is supported by our audience. We may earn affiliate commissions from buying links on this site.
Read Next
Mozilla Firefox VPN Service Made Available for Android and Windows [Invite only]
#download firefox #mozilla