Steve Jobs‘ sudden leave took the entire tech world by surprise. Even if he had previous absences on medical basis, we didn’t expect that Jobs will give away the helm. Jobs’ leave made me remember Bill Gates and his wonderful philanthropy activity. Then, I realized Jerry Yang from Yahoo! has stepped down as CEO, this time because he didn’t please the investors. That’s how I came up with a list of 8 founder CEO’s that stepped down for various reasons: from health issues to the feeling that their companies have reached the peak. 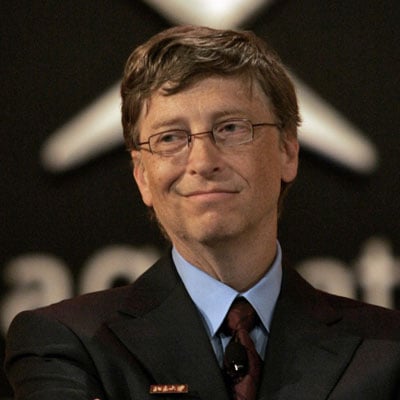 For many of us, Bill Gates symbolizes the very beginning of the modern computer. He is and will remain a role model for everybody that wants to build their start-up. Looking through his biography, you’ll see that Mr.Gates has done pretty much everything one could desire in his life: he was for many years the richest person in the world, he has a great family and currently, he’s a philanthropist, trying to help the poor and those in need.

From June, 2006, Bill Gates announced that he will be shifting from daily activities at Microsoft to part time, basically “leaving” Microsoft. Since then, he is a proactive philanthropist, alongside with his wife. If you’ll search for answers, why did he decide to do so, I don’t think you’ll find some. If you’d ask me, it was a bold move and a proof of humanity from his side. After all, what more could a man ask for? Being able to help millions of hungry children, this is Bill Gates’ dream now. And we must praise him for that. 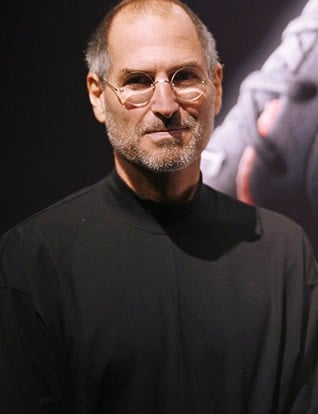 Steve Jobs is, without any doubts, one of the biggest managers that modern economy saw. He reshaped Apple so that it could rise from its ashes, evolve from a dying company to the behemoth that we’re witnessing now. Apple has grown so powerful, that it was the biggest company in the world for some minutes and at one point it had more cash than the US treasury. Steve Jobs is an icon, a symbol for what leadership and management should be.

Everybody associates Jobs with Apple because he knew how to impregnate his charisma into companies operations and image. Can you tell me who is Nike, Adidas, Acer, Asus CEO? Jobs had to resign from his position as CEO because he is very ill, as we all know. It’s interesting to notice that Jobs was reluctant towards philanthropic activities; after resuming his activity at Apple in 1997, he eliminated all philanthropy programs. Let’s hope that Tim Cook will take care of Apple as Jobs did, although Steve will still have a big influence on company’s decision. 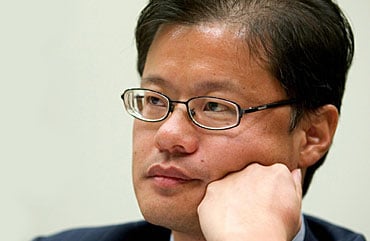 If you don’t know by now, Jerry Yang is the co-founder of Yahoo! along with David Filo. His current estimated net worth is $1.3 billion. At the very beginning of what Yahoo! was meant to be, Jerry and David created “Jerry and Dave’s Guide to the World Wide Web”. Their website was, basically, what we call now a directory of websites. Quick enough, Yahoo! became successful and the two friends realized what Yahoo!’s financial potential was.

However, in 2008, late November, Yang stepped down from his position as CEO. His move wasn’t unexpected, as he was criticized for his lack of “financial sense”. In may, the same year, Yang refused an offer from Microsoft, at a rate of $33/share. 5 months later, the shares were evaluated at only $14. Nobody can blame Yang, as Yahoo! can be considered his child, but when you have investors that are interested in financial benefits, you have to please them. 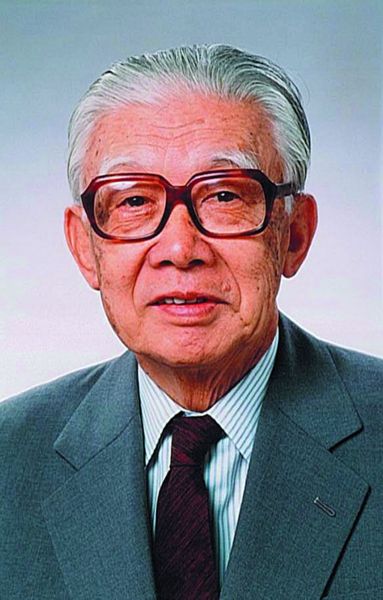 Masaru Ibuka co-founded the company what we now call Sony. As many other big companies, Sony’s history started low, with Akio Morita and Masaru Ibuka founding Tokyo Telecommunications Engineering Corporation 1946. Masaru Ibuka is not as known as Akio Morita is, possibly because Ibuka left the company in 1976, 30 years after having found it (Bill Gates left Microsoft after 30 years as well). There is no particular reason for Ibuka’s leave, albeit at that time he was 68 years.

He didn’t have health issues and had lived 89 years. However, even after his leave, he maintained close ties with Akio Morita and was regarded as an “advisor” for the company. Do you know where this financial giant had started? In 1945, Masaru Ibuka decided to start a small, local business – a radio repair shop. He did so in a bomb-damaged building from Nihonbashi, Tokyo, in 1945. After one year, Akio Morita joined and they found together the father of the mighty Sony. 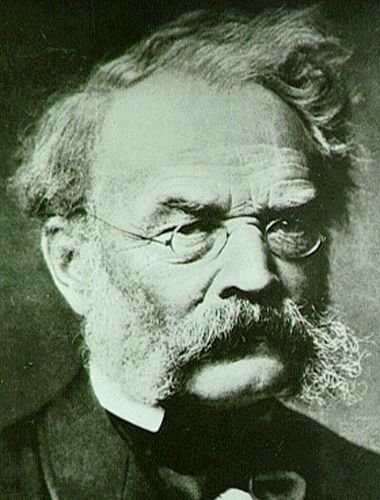 Do you remember Siemens? It may have moved under shadow, but Siemens is one of the longest running technology companies in the world,  being founded in 1847! We found about Siemens when they released their phones, but did you know that their main activities are centered around the Industry Sector, Energy Sector, Health-care Sector? There are Siemens cars, trains, microscopes and even wind turbines. Siemens is a company with a huge versatility and diversity.

It all started with Ernst Werner von Siemens, a German industrialist and inventor. Werner Von Siemens developed the original invention of the telegraph, thus creating the first long distance telegraph line in 1948, 500 km from Berlin to Frankfurt. In 1881, a Siemens AC alternator was used to power the first electric street lighting in Godalming. Therefore, we can say for sure that Siemens has contributed a lot to reshape the world and boost the industrial age. Werner von Siemens retired from the company in 1890, at the age of 73, leaving behind a huge bequest on which the twentieth century built its technology palace. 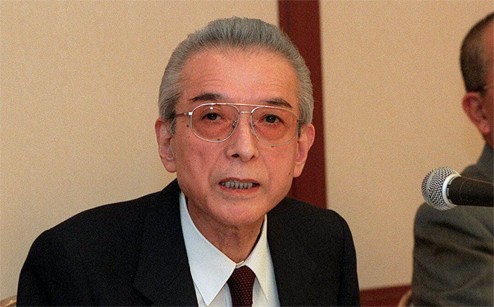 Do you know that Nintendo was founded in 1889? Back then, the company was specialized in hanafuda cards. I was pretty impressed to find out that Nintendo has more than 122 years of history and right from the beginning, they were specialized in games. Albeit Hiroshi Yamauchi isn’t the founder of Nintendo, he is the one who had transformed the card-making company into a multi-billion video-game business. Yamauchi’s “rule” of Nintendo is one of the biggest periods for a CEO to held the position, from 1949 until 2002, 53 years.

Hiroshi Yamauchi is yet another drop-out because when he became Nintedo’s president he was only 22 years old. However, he didn’t drop from the university because he wanted but because his grandfather, at that time, Nintedo’s president had died; and since he didn’t have any successor, he named his grandson. Hiroshi’s start was tedious, as many didn’t look at him as being a true leader. Nonetheless, during his “rule”, Yamauchi led Nintendo in a “notoriously imperialistic style”. Yamauchi‘s leave from Nintendo is probably one of the most happy ones, because when he left, he was already 75 years and healthy enough. He is currently 83 and his net worth is evaluated at almost $8 billion. 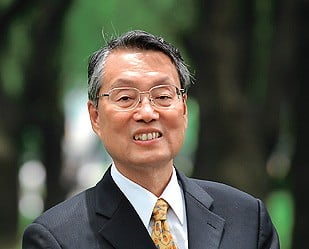 Comparing with what we saw until now, Acer is a young company, being founded in 1976 by Stan Shih, his wife and a group of five more people, close with them. Acer started with 11 employees and $25,000 in starting capital. At this moment, the Taiwanese company has almost 8,000 employees and a revenue of $20 billion. Shih retired in 2004, after having built and seen the growth of a company from a small start-up to what is now a threat to big computer manufacturers.

Stan Shih retired at 60 from Acer leaving Zhentang Wang in charge. Shih is also known for his charity involvements, even have been named a high-ranking official in APEC. Shih’s retirement may be similar to the one of Yamauchi, as he let the helm right when the company has reached its peak, in a moment when we can say that Shih was content with his work. Like Mark Zuckerberg said: “Somebody doesn’t understand that Facebook is because I wanted to build something and to see how it grows”. 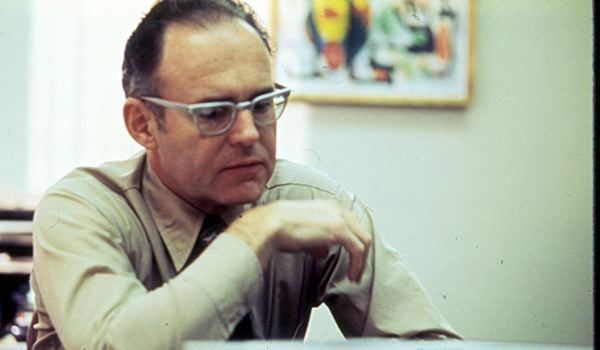 We end our list with Gordon Moore, the well-known savant for the “Moore’s Law” which states that the number of transistors that can be placed inexpensively on an integrated circuit doubles approximately every two years. In July, 1968, Moore co-founded Intel with Robert Noyce, “the Mayor of Silicon Valley”. Both Gordon Moore and Robert Noyce can be considered scientists, maybe this is why Intel is so successful, even 43 years of history, currently having an income of more than $16 billion.

In 1997 Moore retired from his position as Intel’s CEO, leaving Craig Barett in charge. Moore’s wealth has been estimated at almost $4 billion. Gordon Moore has also done “good things”, in 2007, December, he and his wife donated $200 million for the construction of the biggest optical telescope in the world. Why did Moore leave Intel? Because he saw his company grow to the level he wanted.

My favorite CEO from all the above is, without any doubt, Hiroshi Yamauchi from Nintendo. I recommend you to read its biography and the Nintendo’s history. Somebody should release a book about this great CEO, as you have a lot to learn from his activity: how he started, surrounded by doubt and how he managed to face the electronics era, thus having to reshape its entire business model. Who’s your favorite CEO?

Was this article helpful?
YesNo
TechPP is supported by our audience. We may earn affiliate commissions from buying links on this site.
Read Next
Enabling, Empowering, Easing everyday life: What makes The Greatest another g...
#apple #bill gates #Steve Jobs