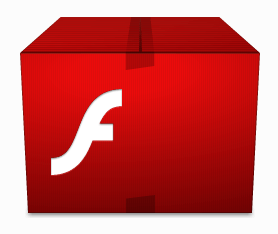 Adobe has just announced the Flash Player 11 and Adobe AIR 3 software to software to enable the next generation of immersive application experiences across devices and platforms including Android, Apple iOS (via Adobe AIR), BlackBerry Tablet OS, Mac OS, Windows, connected TVs and others platforms. Yesterday, few select bloggers from across the country were given a detailed briefing about the new Flash Player 11 and AIR 3 software. These two software are touted as the game console for the web, as they allow game publishers to instantly deliver console-quality 2D and 3D games over the Internet to anyone with a typical PC, tablet, smartphone or connected TV. As a cross-device entertainment platform Flash Player 11 and AIR 3 enable the best in online gaming and premium video, and help content publishers to reach the broadest possible audience while streamlining development.

Adobe strikes back at Apple

Steve Jobs and Apple have had their ways ensuring they keep out Flash from iOS. Though there were some initial resistance from users, Apple didn’t budge and went out all the way by supporting HTML5 and claiming the death of Flash. But now, Adobe has managed to strike back. Through Air 3, Adobe has provided developers an efficient way to deliver a new class of gaming and premium video apps sophisticated, data-driven content with back-end systems integration across devices, including the iPhone and iPad. Full frame rate videos can now be displayed within Flash based applications on iOS devices using H.264 hardware decoding.

There are a dozen of new features in both Flash Player 11 and AIR 3 which will now allow developers to deliver a new class of gaming and premium video app experiences. Clearly, Adobe has set its eyes on the next big things – gaming and video on the mobile over the internet.

Flash Player 11 and AIR 3 offer dozens of new features including:

Adobe is playing a smart game by declaring full support for the developers who are looking to develop on both Flash & HTML 5 platforms. Flash offers the best way to build gaming, media and sophisticated data-driven applications, while HTML 5 enables rich ads, interactive web pages, branded experiences and general-purpose mobile apps embedded in the browser. 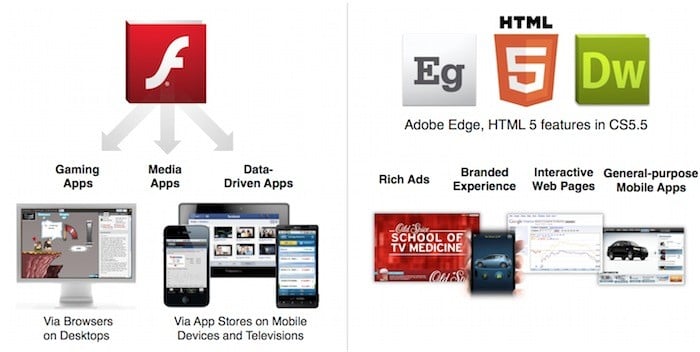 Flash Player is supported on more than 98 percent of Internet connected PCs today and by the end of 2011, Adobe expects more than 200 million smartphones and tablets including Apple iOS devices to support Flash based applications via Adobe AIR. By the end of 2015, the number of devices that will support Adobe AIR is expected to increase to 1 billion.

Some of the popular apps built on Flash & AIR include Facebook app on Playbook, WatchESPN on Android, Coca Cola app for Android & iOS, and Machinarium for iOS.

Was this article helpful?
YesNo
TechPP is supported by our audience. We may earn affiliate commissions from buying links on this site.
Read Next
NothingOS Made Me Realise How Much Overrated Pixel UI Is
#3D Gaming #adobe #android #features #html 5 #ios