Dropbox, one of the most popular brands in the cloud storage services and one that continues to be dear to investors, is showing good financial sanity. That’s why, a company like Dropbox always innovates and creates new products. They’ve recently announced the photo upload feature, one that will certainly please the customers. 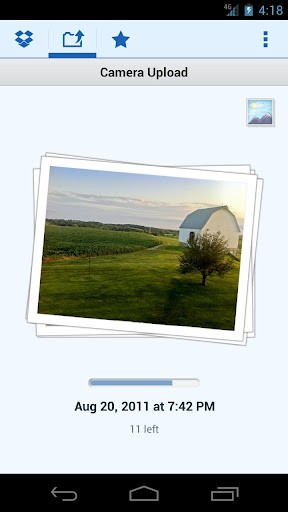 In what seems to be a direct hit towards Google, Apple and other big players in the cloud industry, Dropbox comes with one of the most needed features in today’s mobilized environment – the automatic photo upload ability. Initially, Dropbox photo upload will be offered for Android, with iOS soon to follow. Once you’ll start using this new feature, you’ll find all your photos safely stored inside a folder called “Camera Uploads“. This will certainly save some time and you won’t have to bother anymore sending files from your phone to your computer or laptop.

If you’re eager to start trying out the feature or if you just want to share impressions with other Dropbox lovers, head over to their Forums. Sorry, iOS users, but for now, Android users seem to have priority, as the app is already available in Android Market. You are probably wondering how much this service would cost. The folks at DropBox have thought about it, as well, and for the new photo upload feature, you will be given additional free cloud storage of up to 3GB! Now that’s quite a digital home for your photos.

Photo Upload from Dropbox to Challenge iCloud and Google Plus

I’ve personally had many issues with storing my pictures and many times, I almost lost them. Eventually, I’ve managed to discover a few methods to safeguard and back-up my photos. Now, I can proudly include the new Dropbox photo upload feature, as well. If you think about it, iCloud does exactly the same, but, then again, we are not all Apple lovers. Google Plus performs the same task, but, you’d feel kinda unsecure storing your photos on a social network, after all. 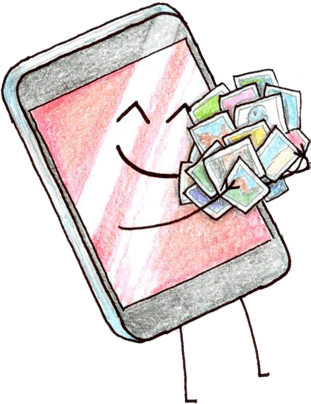 And that’s why the photo upload feature from Dropbox is a neutral solution that perfectly solves our need for storing photos safely. Another much needed feature that comes with this new service from Dropbox is the sync option that extends to your SD card, as well. Furthermore, it keeps your photos at their original size. The photo upload feature has just started, so if you see something that doesn’t go with your standards, give it some time. Most likely, the next step would be to offer photo manipulation abilities. Nonetheless, Dropbox made yet another brave step in the war against wires.

Asus ZenBook Pro Duo Adds a Secondary Display in Addition to…
iOS 13 Adds Dark Mode, up to 2X Faster Performance and a…
Instagram continues to get more desktop-friendly, adds…
Dropbox Alternatives: Best Cloud Storage Services to Use in…
Truecaller introduces Group Chat feature on Android and iOS
How to Use WhatsApp Multi-Device Feature on Any Smartphone…