Have you ever heard of Android fragmentation? Some consider it to be a nasty habit Google has lost itself into, apparently forgetting the need for integrity every self-respecting OS should have in order to function to full efficiency. Fragmentation issues are all about Android getting so many upgrades so frequently, that there are phones out there that offer multiple versions of the OS, which creates confusion amongst consumers. 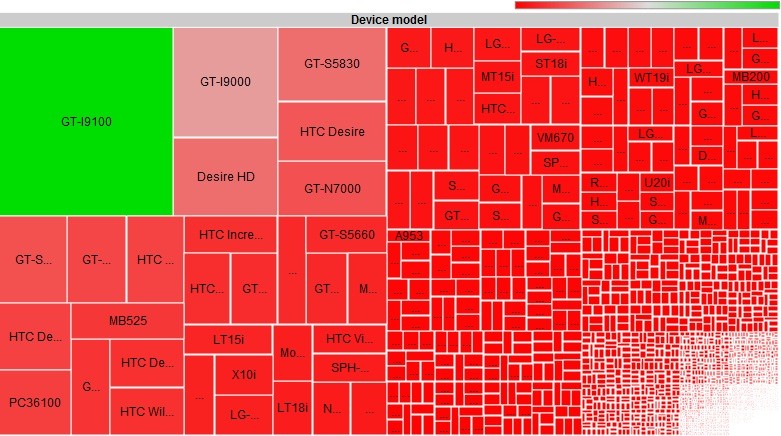 Newer versions just end up adding more and more features to the plate but some of the older phones can’t handle them because their hardware isn’t advanced enough to do so. So, that’s why your friend with a HTC Incredible will be able to run certain apps while you and your T-Mobile G1 will be left out on dry land.

And more evidence is building up to support the fragmentation story. OpenSignalMaps has been borrowing user data from the people who have downloaded the app and has revised the numbers to find the following: out of the 681,900 devices registered 3,997 of them were distinct devices.

“We’ve looked at model, brand, API level (i.e. the version of Android) and screen size and we’ve tried to present this in the clearest form we can,” 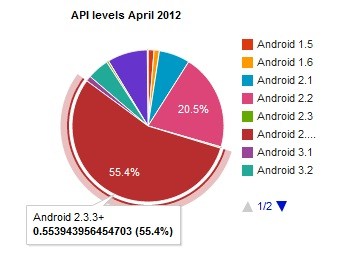 The charts also showcase what is the most popular Android version to date. 55.4% of all smartphones use Android version 2.3 Gingerbread and not the latest Ice Cream Sandwich. Yes, users have the mobility and power of choice, they can choose different forms, specification or producer and they, in the beginning, might feel their choice is not limited but this diversity also leads to a great market fragmentation.

Especially since a lot of the users don’t even own high-end devices. Actually, their devices weren’t considered high-end a few years ago. That’s because a lot of Android users opt for the average subscription plan. Indeed, the carriers might benefit from this, but the overall mobile market is not and the users are not, either. The fragmentation also negatively affects performance and availability of certain applications in the Play Store and not only.

Is this Strategy Profitable for Google?

Recently, Google has received quite a steady amount of criticism for leaving Android out in the cold unattended and even one of the Google CEO Larry Page seems to have given up hope on the matter, stating that he is not sure Android is so important to the overall Google business plan. Obviously, this is quite a debatable subject, since the same Larry Page said that the Google-Motorola deal has been done especially to protect Android. Therefore, does it makes sense to invest $12.5 billion in something that’s not profitable? I think not. 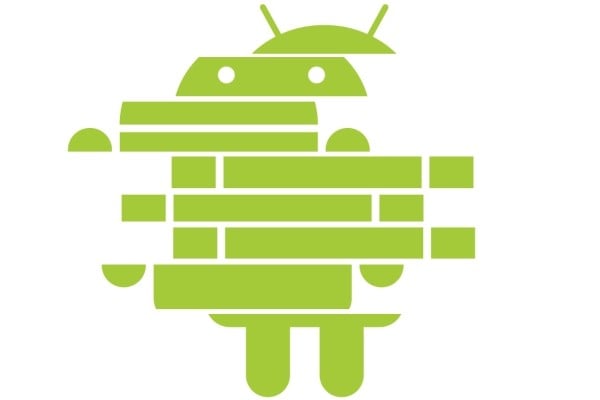 Users of Android have reported a numbers of serious issues and registered tons of complaints but so far, Google has preferred to brush them under the carpet. The most annoying problem with green robot are the apps. If you are an Apple customer, things are easy, you just go to the App shop, download what you need, install them, end of story. Android devotees will say that Apple’s problem it that it doesn’t allow you to exist the ecosystem and they are right.

But you won’t have the same easy option if you decide to app with Google. Navigating in the Google Play store takes the skills of a patiently and brilliant mouse trapped in a complicated maze. Tablet users are advised to use Tablified Market in order to detect apps specially designed for Android tablets. Not to mention that everybody that imagines himself developer for a day can create an app and then uploading for download on the Play Store.

Aren’t security issues an important part of the Google strategy, the same company who has created the most secure social network to date, Google Plus+? Even when users magically stumbled upon an interesting act, another problem crushed up their dreams: the impossibility of downloading it. It comes down to what carrier you are subscribed too. Take Google Wallet for example; if you are not a Sprint customer, then maybe you should rethink your decision.

Also, in the tablet department, apps are rare like aliens after Roswell. In the Apple campsite, things are so much different and that constitutes one of the major advantages the iPad holds over any Android tablet, whatsoever. For some reason, developers are skittish about designing apps for Android. It might have to do with the fact that Android utilizes Java and that is not something everyone is comfortable with. 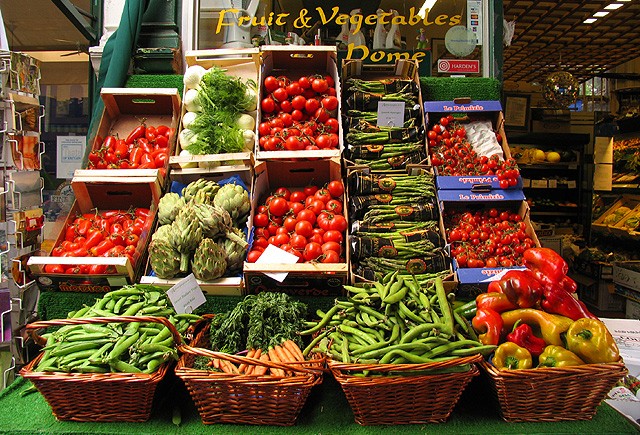 But that’s not the real problem. Willing Android developers would have to take up the challenge of creating an app for thousand different devices. That sounds like Sisyphus at work. What can be done in these circumstances? Not so much, actually. It is practically impossible for Google to control every type of Android smartphones and tablets that goes off to the market, but this doesn’t mean all is lost.

Google might try and rethink its strategy and enforce some hardware standards so things don’t get so out of hand. This would make the jobs easier for developers as well and the guessing regarding which app works on which device will be eliminated. Or, maybe Android’s fragmentation is exactly what Google had in mind. To offer a professional, open-source mobile OS and to cash in from its huge adoption, regardless of its global ramble…

Google promised to keep Android free for at least 5 more years. This got us all thinking – couldn’t Google decide to favor its own, Motorola devices in front of other Android-packed handsets? Google isn’t the sole owner of Android, and surely, this move would be evil. What do you think – Android fragmentation is a problem or a well-thought plan?

Was this article helpful?
YesNo
TechPP is supported by our audience. We may earn affiliate commissions from buying links on this site.
Read Next
20+ Best Google Doodle Games You Should Play [in 2023]
#android #android fragmentation #google