Combine all your Internet Connections with Connectify Dispatch 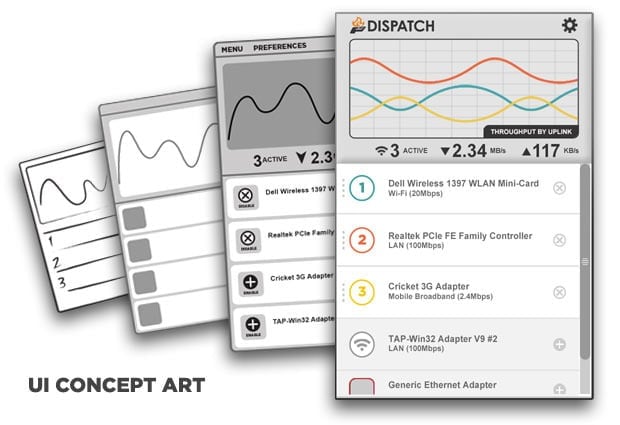 Back in 2009, just when the Windows 7 was released, a simple to use PC WiFi hotspot software took the world by storm. That was Connectify. 3 years on, the team behind Connectify are working on the reverse use-case, with their software – Dispatch.

Dispatch is a new Kickstarter project which aims to combine all the available internet connections, be it the WiFi or ethernet or mobile broadband or even the dial-up connection into one super-fast wireless connection.

There is no restriction on how many different types of connections you can combine in one go. So if you are in an airport cafe, you can combine the airport’s free WiFi, cafe’s complimentary WiFi and your own 3G/4G mobile broadband for increased speed and reliability. What’s more? You can set different priorities for certain networks & also get access to detailed statistics and graphs via analytics dashboard.

Check out Dispatch on Kickstarter.

How to Combine PDFs on Mac using Preview or Third-party PDF…
Ocoya: An All-in-One Platform for All Your Content Marketing…
Simplified: An All-in-One Tool for All Your Marketing Needs
Wi-Fi Not Connecting on Mac? Try These Fixes to Restore…
Can a VPN Make Your Internet Connection Faster?
All you need to know about the all-new OnePlus 8 Series