Perhaps one of the most pressing factors which stay in the path of most users when adopting the new Windows 8 operating system is the once called Metro environment. In order to push users towards the touch-based era, Microsoft has enforced a touch optimized menu as the Start screen.

This menu appears whenever the machine is powered on and the user has to press a combination of keys to reach the classic, Windows 7-like desktop. This extra effort has forced many users to abandon Windows 8 and resort to the plain but comfortable 7. Now, thanks to another Windows 8 customization tool called Skip Metro Suite, this issue can be resolved with ease. 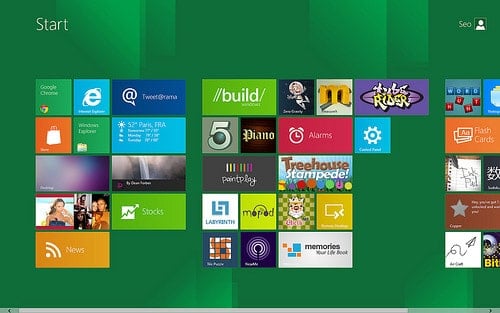 How does Skip Metro Suite work?

Skip Metro Suite is the software which removes the Windows 8 Metro Start screen by automatically performing the actions required for a user to bypass this menu, like pressing Win + D keys simultaneously. Once the machine is rebooted and Windows 8 loads, the computer will briefly display the screen and immediately move to the classic desktop interface, without user interference. 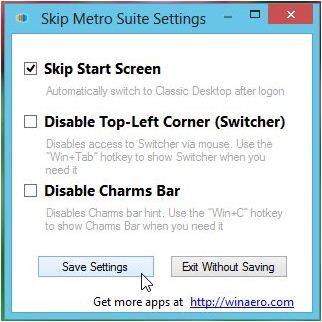 It’s an elegant solution for those that use Windows 8 strictly with a mouse and keyboard, and do not need something as fancy as a touch interface.

Besides getting rid of the annoying screen, Skip Metro Suite also offers the possibility of deactivating the Charms and top-left corner switches, allowing the user to always see these two hidden menus right on the desktop panel. The action can be reverted at any times, simply by pressing the keyboard shortcuts that activate these two menus: Win + Tab and Win+ C, for the Charms bar.

The software has been tested and found compatible with Windows 8 Release Preview and RTM. Developers have high hopes of maintaining this stability once the final version appears. Skip Metro Suite 1.0 can be downloaded for free, here.

Wondershare FamiSafe: an essential suite of must-have…
How to Automatically Empty Trash on Mac
Change Your iPhone's Wallpaper to Your Favorite Images…
Windows 11 Start Menu Not Working? 8 Ways to Fix it
We will soon start with local production of OnePlus TVs:…
Listnr: Start a podcast without recording anything