Working in big companies sometimes has its drawbacks, with more and more people having to rely on so many devices that a pair of pockets or a regular back-up is not sufficient any more. The most explicit example is given by the several devices some of us receive when signing a contract, such as an additional phone or even an extra laptop. This “bonus” can encumber a person, especially one which already has several devices of that nature already.

To remove such needs and cut the company’s loses, VMware is set to bring its Horizon Mobile technology to iOS devices, thus removing to carry two or three phones to work just so the company could easily reach the employee. In a few words, the software emulates a virtual device on the iOS platform and deploys all the benefits of a “work” phone/tablet onto a personal device. The developer assures us that security and 3rd party applications will be fully supported, so both parts involved will have nothing to suffer. However, VMware will not employ virtualization per se for iOS, like it did for Android but rather use business apps for that. 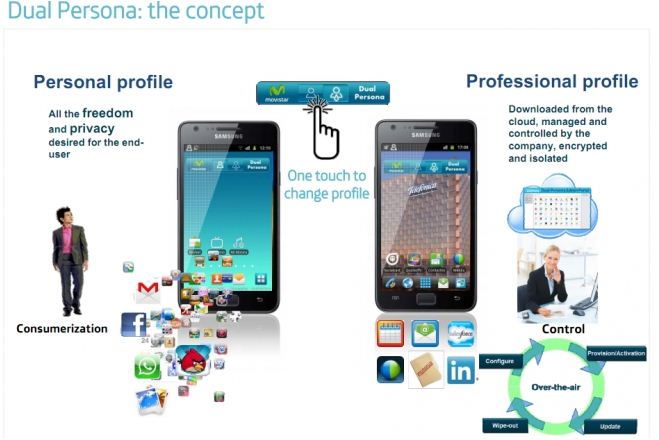 Why should companies use Horizon Mobile?

Horizon Mobile is VMware’s response to bring-your-own-device trend in the workplace, in which employees favor their own devices for work-related tasks, and not the ones provided by the company. It’s fairly easier to do the work required with a machine used by the prior employee , but most companies fear about security and accessibility issues. There remains a single question, though, will Apple approve this?

With Horizon Mobile, all iOS personal devices can be used without stress within a company. All that has to be done by the worker is to access a link supplied by the IT staff and set a pass code to verify the device within the circle. Then, the company itself delivers a virtual instance of the “work” device over the air, transforming something used for media viewing and other tasks into a professional tool.

A virtual work system on your smartphone

The technicians supply all the needed information from a dashboard called Horizon Broker, from which business applications and accessibility options are being set. All of these benefits are withdrawn once the user steps out of the premises, so if the employee loses his device the company won’t have to deal with information leaks. The software is easy to use and instantly switches the device into a working mode, and back to personal, at the push of a button.

Horizon Mobile was first intended to be deployed on Android devices but VMware officials assure us that the project is still alive. Check out the demo below that shows VMware Horizon Mobile for iOS in action.

[Via] eWeek
Was this article helpful?
YesNo
TechPP is supported by our audience. We may earn affiliate commissions from buying links on this site.
#Business